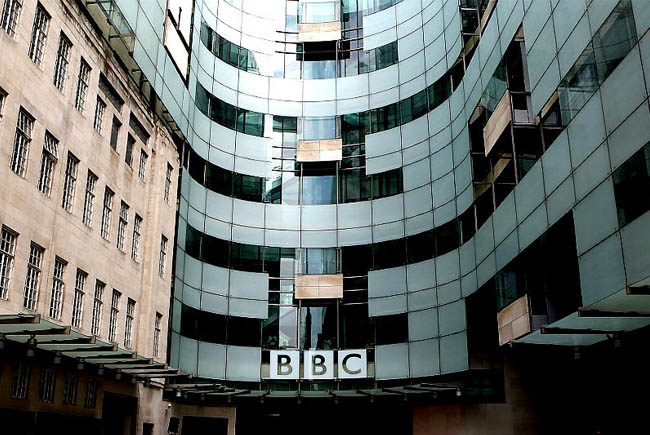 Media Leaders
The government has been disingenuous about plans to abolish the licence fee as ministers scramble to save ‘Big Dog’. But it is important to keep an open mind when looking at alternatives to how we fund the BBC.

There is little doubt from the manner and timing of the leak of the BBC licence fee decision, accompanied by the near spurious giving control of the English Channel immigrant patrol to the Royal Navy, that it is part of the ‘Red Meat’ policy to save Big Dog.

Naturally the cynicism was lapped up by the Mail on Sunday, which celebrated “Nadine” clobbering the “biased” BBC with a £2bn funding cut.

Culture Secretary Nadine Dorries not only confirmed on her own Twitter feed that the first two years of the next licence fee settlement would not go up in line with inflation but that the days of “state-run television” were over. The current licence fee agreement which runs out in December 2027 would be the last.

Red Meat indeed for some at least of the Tory faithful and the right-wing tabloids such as the Mail which have been resolutely hostile to the BBC since its creation 100 years ago this year.

Pumping out the BBC announcement as Prime Minister Boris Johnson went to ground over the weekend earned Dorries a mild slap on the wrist from the Commons Speaker Sir Lindsey Hoyle for not informing the House first. Needs must. Big Dog needed her urgent help and Red Meat had to be tossed instantly to the faithful.

It is a missed opportunity to at least maintain the firepower of an important institution in one of the few British industries that really are world class.

At a time when the BBC’s critics reach for the false comparisons with the likes of Netflix yet urge the BBC to compete in the unequal battle, it is now being further handicapped in any attempt to do so.

When it is judged quite impossible for the Government to add maybe £5 or £6 a year to the licence fee, the Government was willing to end £20 a week in universal credit payments and increase national insurance contributions.

The cut to the BBC’s income in real terms will be serious in inflationary times and this despite findings- KPMG- that every £1 spent by the BBC leads to a further £2.63 of spending in the general economy.

Every BBC job also leads to the creation of 1.7 jobs. But those are the crude economic numbers. Even though its income has fallen by around 30% in real terms over the past decade, and amid ever intensifying competition, last year over 91& of UK households were using at least one BBC service every week.

In the rest of the world a further 468 million were watching or listening and the number is continuing to rise.

By any standards it appears to be an act of cultural vandalism motivated by a mixture of political malice and opportunism.

But hold on a moment. Is everything quite what it appears?

Yes, the licence fee is frozen for two years but will rise in line with inflation. By Tuesday, the Daily Mail was starting to splutter that this means the licence fee could have risen to £175 a year by 2027 compared with the current £159.

In recent times the BBC has always been under the cosh. Then Chancellor George Osborne denied the BBC inflation-linked rises for six years and then the Government stopped paying free licences for the over 75s.

The best guess that Tim Davie, the BBC director-general, could make following the announcement is that by 2027 the licence fee would be bringing in £4.2bn a year and that the shortfall would amount to £285m.

Given the cost-cutting the BBC has already faced, £285m is a huge sum to cope with, real damage will be done as a result and it’s a crazy thing to do.

But here is a slightly heretical thought. Given the nature of this Government and its rabble-rousing tabloid supporters it might have been considerably worse.

This will still not be the tiny, marginalised BBC that Rupert Murdoch has been campaigning for across decades so that his companies can make more money.

It could quite easily have been a permanently frozen licence fee.

What of the end of state-run television and the last licence fee settlement?

First the BBC is not “state-run” television and never has been, although some Conservatives will clearly like it to be so. Dorries understands the constitutional position of the BBC as thoroughly as she understands the finances of Channel 4.

Suddenly the talk of the last licence fee settlement has evaporated as the nonsense it always was.

What are the alternatives to the licence fee?

Nevertheless, there must be an open-minded debate about how to finance a universally available national public service broadcaster. It is perfectly possible that after reviewing the alternatives that even in 2028 a licence fee might remain the “least bad option.”

Last year Ireland set up a commission to look at all the alternative ways of funding its national broadcaster RTE.  The Commission chose a really bad idea – direct state funding.

Everywhere that state funding has happened – New Zealand is one example – it seems never the right time to increase the amount.

The Irish Government rejected the Commission’s recommendation and the licence fee stays.

Margaret Thatcher’s Peacock Committee ruled out funding the BBC with advertising on the obvious grounds that commercial broadcasters would be devastated. Nothing has changed since then.

Subscription would completely undermine any concept of a universal broadcaster paid for by everyone and serving everyone, which happily happens to be a very economically efficient model.

A charge on every household might work but it is not immediately clear what advantage it would have over the present system.

Other ideas include a charge on electricity bills, which might be less regressive than the licence fee, or taxing the tech giants and streaming groups of California.

Bring all ideas forward for examination but never forget what it is you are trying to preserve  – a universal service that transmits the very essence of British culture.

Now according to The Sun, Johnson is in favour of abolishing the licence fee. But for those bemoaning the loss to the BBC of £285m the good news is that neither he nor Dorries will be with us for very much longer

Raymond Snoddy is a media consultant, national newspaper columnist and former presenter of NewsWatch on BBC News. He writes for Mediatel News on Wednesdays.