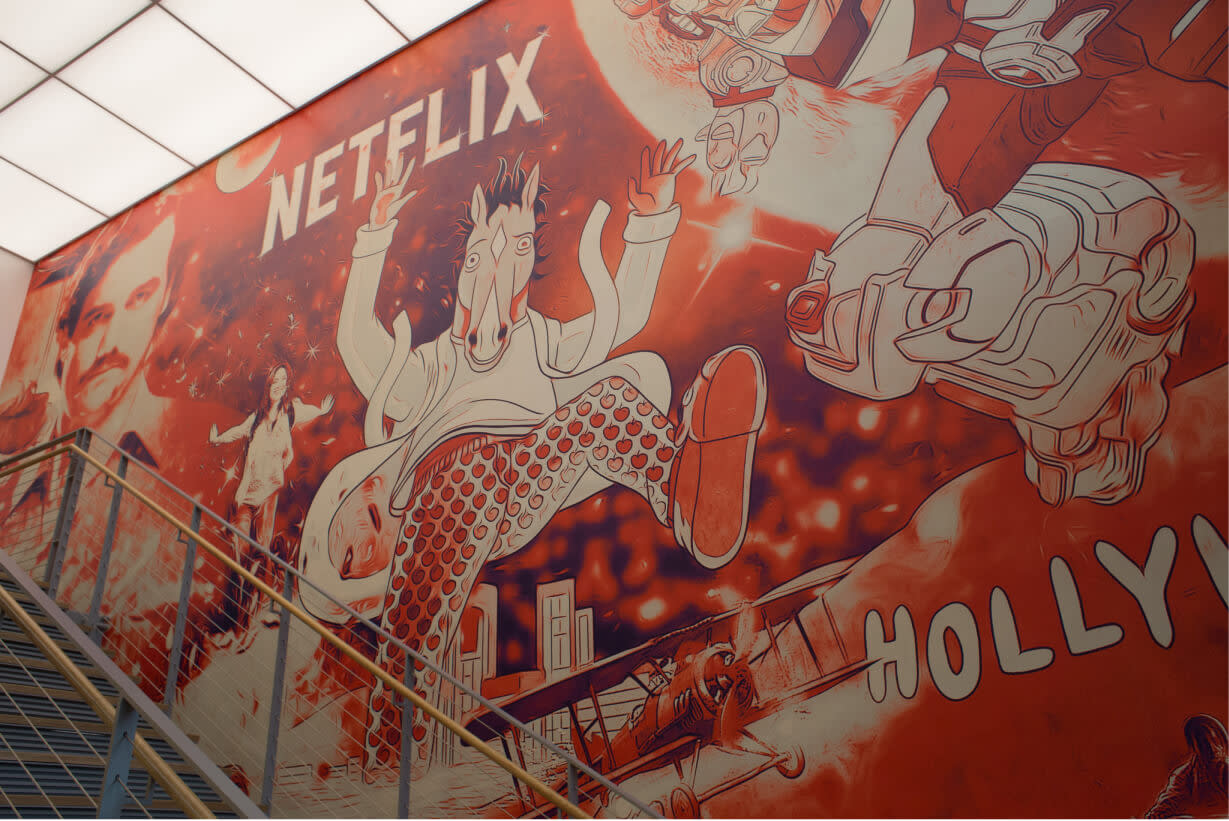 Netflix reaches one-third of people aged over four in the UK each week, BARB’s viewing data has revealed as the TV measurement company reports video-on-demand (VOD) audience data for the first time.

This is one of the first insights from BARB’s new measurement capabilities outlined in a white paper it is publishing for its members today: A Defining Moment: Understanding SVOD and video-sharing audiences.

Today’s white paper unveiled more details about when people watch each service, which devices they use, and how long they watch each platform for on a daily, weekly and monthly basis. 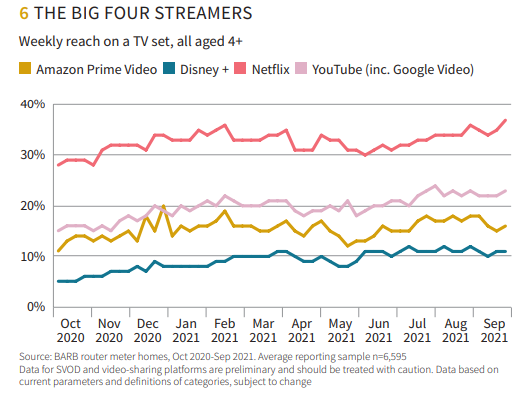 Netflix has the highest weekly reach out of the four exceeding 30% for the first time in November 2020 and BARB highlighted evidence viewing was higher during summer 2021 (see graph, above).

The white paper also discovered that Amazon Prime Video and Disney+ both had “notable but explicable” upticks in viewing over the last year.

Amazon Prime has been making moves into showing sport this year with its streaming of the tennis US Open final (won by British teenager Emma Raducanu), rugby Autumn Nations competition and mid-week Premier League matches.

Meanwhile, the UK’s newest streaming platform Disney+ had its first surge in viewers in October 2020 when it closed down its linear channel for children, and then later on in late February 2021  when they added the Star brand of content on the service.

Four out of every five viewing minutes (80%) is spent watching the biggest screen particularly for linear, SVOD and AVOD as they have long-form content suited to a larger device. 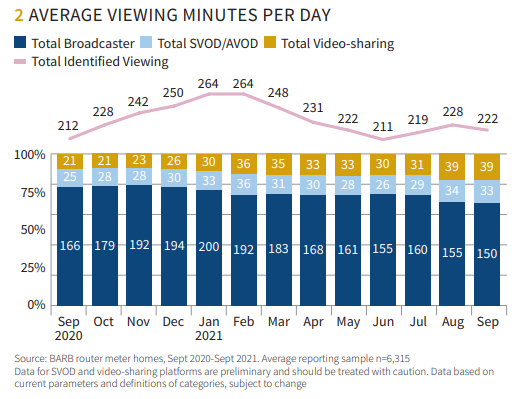 Unsurprisingly, the TV is at the heart of evening entertainment and is where most people watch long-form professionally-produced content with linear making up the majority of watching time.

Video-sharing services like TikTok and Twitch are much more watched on other devices, with smartphones making up almost half of this viewing time. 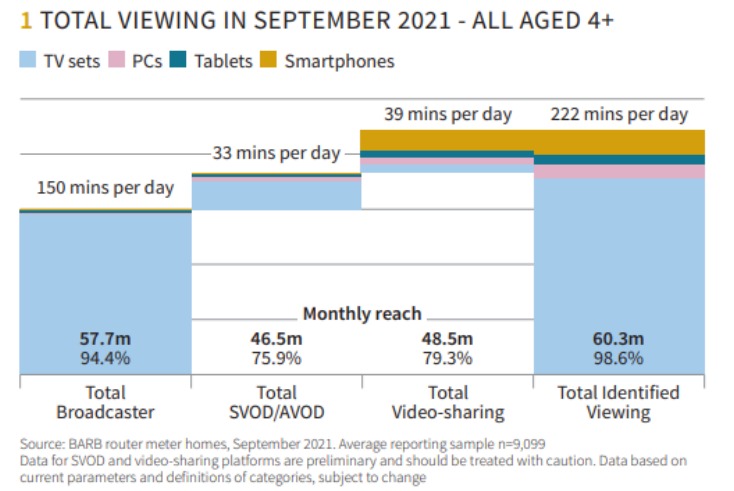 As CEO Justin Sampson wrote in Mediatel News earlier this month, BARB is able to include subscription streaming services and video-sharing platforms in its audience measurement by measuring people’s internet usage with new meter technology installed across its representative panel of UK homes.

Now SVOD services like Netflix, Amazon Prime Video and Disney+ alongside video-sharing platforms like YouTube, Twitch, Google Play and TikTok can be included in its deduplicated cross-platform measurement, even without the platforms’ active participation in BARB.

Billed as “once-in-a-generation upgrade”, this extension to its broadcast audience reporting will start from 29 November.

This has implications for advertisers and agencies as they will have access to “independent, objective and transparent measurement” of audiences to SVOD and AVOD services as well as video-sharing platforms and a new definition of “total viewing”.

BARB plans to publish a monthly breakdown of total identified viewing, and also a share of viewing and weekly reach for all subscribed individual broadcast and streaming services with  publicly available archive through its subscriber portal.