Are we ready for more news channels? 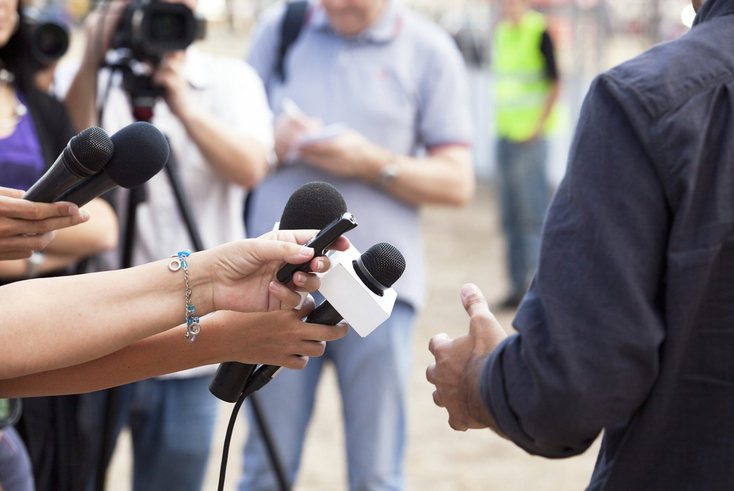 With two new channels dedicated to covering news waiting in the wings, Ray Snoddy ponders if Mark Thompson should have been careful what he wished for

More than a decade ago, the Institute of Government held a debate on the future of news, and more particularly whether impartial news was possible or even desirable when spectrum shortage was a thing of the past.

It came in the wake of an ITV documentary by the great polemicist John Pilger, The War You Don’t See, who blamed the compliant media accepting the narratives of the centres of power for everything from the First and Second World Wars to the Iraq conflict.

At the debate, the BBC was naturally attacked for accepting government pronouncements uncritically. This familiar argument was countered by Fran Unsworth, now the BBC director of news, who said that you have to cover what governments and leading politicians say – as part of the process of holding them to account.

But the most striking moment came from then BBC director-general Mark Thompson, who wondered whether the tradition of imposing impartiality rules on all television news channels made sense any more.

After all, in the US there was Fox News, CNN, MSNBC and in the Middle East channels such as Aljazeera. Why shouldn’t there be right-wing channels or left-wing channels if the market could sustain them?

Thompson made one important proviso. Viewers should also have the choice of impartial news from a properly funded BBC.

It is striking how the issues raised on that December evening in 2010 remain unresolved.

Indeed, they have all come to the fore in dramatic fashion with renewed accusations of bias against the BBC and plans to launch not one but two new television news channels aimed at countering the “woke, wet” Corporation.

According to reports in The Guardian and Mail on Sunday, they seem to be two different animals with plans at different states of development.

The Murdoch News UK channel seems the least surprising. Rupert Murdoch is probably fidgety now he has lost his ownership of Sky News and has been expanding his mini-broadcasting empire by adding Times Radio to Talk Radio and Talk Sport.

What could be more natural than creating a relatively low-cost, streamed, opinionated video news channel?

You hire some high-profile presenters and largely draw on existing journalists and editorial staff.

I can confidently predict that Andrew Neill will not be one of those presenters. The Murdoch family felt betrayed that Neil earned so much money over the years from the Murdoch Empire and then wrote the inside account – At The Court of the Sun King.

News UK is also making it clear that its channel will not be a re-run of Fox News UK, which made little if any impact in Britain before it was pulled as a possible impediment to Murdoch’s then attempt to take over the 69% of Sky he did not already own.

This is wise, because the more extreme expressions of US broadcasting such as shock jock radio have never taken root in the UK. In general, Brits do not like being shouted at by their radio or TV services.

News UK has the financial strength to launch such a channel so why not? The more the merrier.

The GB channel, which already has a licence to broadcast from Ofcom, is a more problematic project because of those persons behind it, their motives and the likely approach of the channel.

One of those behind the project is Sir Robbie Gibb, Theresa May’s director of communications at Number 10 and that rare thing – an ex-BBC news executive who is both pro-Conservative and an ardent Brexiteer.

The channel, which would air on Freeview, says it would provide the facts and not opinion dressed up as facts and be truly impartial.

Fine and anyway having accepted an Ofcom licence, GB channel, or whatever it is finally called, will have a legal obligation to observe due impartiality and you can be certain that Ofcom will be watching.

Cole has described the BBC as “possibly the most biased propaganda machine in the world.”

If GB TV can attract funds from Liberal Global and have a relationship with Discovery, where Malone is the largest individual shareholder, the project could be a real goer.

And if the BBC fails to offer Andrew Neil sufficiently attractive new programmes or roles he very well could become a classy figurehead for the new All Perspectives channel.

However, launching news channels in markets as relatively small as the UK, compared to the US, is a very expensive and almost inevitably loss-making enterprise.

ITV could only sustain a 24-hour news channel for four years until its closure in 2005, although nowadays the routes to market are many and various.

Will advertisers be queuing up to invest in television news channels in the current environment? It’s more than a little doubtful to say the least.

It would certainly be extraordinarily courageous to launch not just one new television news channel but two in the face of a pandemic that shows little sign of going away, plus the associated recession with probably worse to come in the form of a No Deal Brexit.

The good news is if it can be made to work now, it will work anytime.

There are two serious concerns about the sudden possible surfeit of news channels.

If they are prepared to compete fairly in the court of public opinion in a normal battle for viewers then they really are welcome.

But what if their private business plans were to depend on nobbling the BBC and undermining Ofcom regulation to ease their path?

The Murdoch big guns have always been hostile to the BBC and there have already been signs of increased levels of hostility to both the BBC itself and its news coverage in the columns of News UK papers.You could almost have guessed a new Murdoch news channel was on the way.

And what if Sir Robbie uses his Tory political connections not just to try and undermine BBC finances but to lean on Ofcom to lighten up on “due impartiality” possibly even through legislation.

Either way, the UK could be heading towards a pick and match news channel culture which can only underline the already deep divisions in British society.

More than a decade on it is not clear whether Mark Thompson would still be so sanguine about the consequences of a free market in news channels – apart from the BBC.