All In to push for change – no more excuses for action 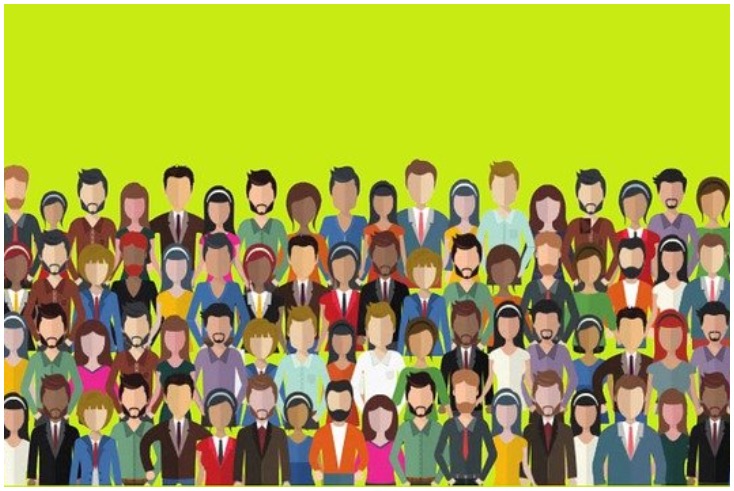 The All In Census is full of strong data and good intentions, but within the findings we can see the scale of the challenge to make the ad industry more inclusive, Jan Gooding warns.

So, the numbers are finally in and what a milestone they represent. The All In Census attracted 16,000 respondents which, in itself, shows the high level of interest and engagement in the area of diversity and inclusion in the advertising sector.

The data seems to confirm what many already knew – the sector is not representative of UK society as a whole. But there’s nothing like having the numbers, rather than a series of anecdotes, to prove it.

The focus of the All In  Report’s “call to action” is on increasing the representation of Black, disabled and working-class talent in the industry.

Homing in on three of the relatively more neglected areas of diversity and where considerable self-education and work will be required. Gender equality has dominated the airwaves for too long. There is now consensus that it is time to make progress with people from minority backgrounds. The census will be repeated in two years’ time, when progress can be monitored and we’ll hopefully see an  even higher level of response next time.

This coalition of industry bodies is determined to remove any excuses for not getting on and acting upon these findings. No one can claim not to know the data for the sector. It is there for all to see and the action plan points to readily available resources courtesy of the BRiM framework and the Social Mobility Commission Toolkit to aid implementation.

As a minimum standard to make progress on disability, the Report urges all UK advertising websites to ensure online accessibility.

So, we have clear ambition from the leadership of the industry, the means to make things happen and an impatient and engaged workforce ready to provide the insight and data to monitor ongoing progress. It’s impressive, and I am sure the campaign will have an impact.

It is striking that there is far greater diversity at entry level, but there are warning signs of a problem with retention. Of those taking the survey, 32% of Black people, and 27% identifying as Asian, likely to leave the industry because of lack of inclusion.

This would chime with the findings of the recently formed changemakers The Alliance (Brixton Finishing School, AD-Cademy, WYK, Commercial Break, Agent Academy and Create not Hate) who recently published a checklist generated by recently recruited young black creative talent as a response to the alienating experiences they had upon joining advertising.

All the efforts to attract, recruit and train black talent is quickly negated if the culture of the agencies is so unsupportive they bounce straight out again. We can’t expect low paid, fledgling recruits to cope with alienating micro aggressions while simultaneously acting as cultural change agents. That’s a waste of time, money and talent from everyone’s point of view.

This would seem to reinforce the idea that attention needs to be given to the existing workforce culture, rather than relying on recruitment into the pipeline to bring change.

There is already a leak in the system. Greater returns will be gained by changing the attitudes and behaviour of the people you already have so the whole system shifts.

There is a massive distortion in age distribution

There are startling statistics reminding us of the distorted age profile of the industry compared to the working population. It’s astonishing that advertising has double the number of under-34-year-olds in comparison to the UK working population.

In an industry that seeks to have empathy with its customer base and represent society as a whole, surely this has to be addressed? There is an argument for a specific drive to retain the 45+-year-olds who are seemingly abandoning the industry in droves.

I wonder if we need to face up to a structural issue with salaries: a big gap between the pay of the people at the top compared to junior colleagues. Inevitably, that means that when full-time employees have to be shed, it is the older workers who are targeted to make the savings. Over time, this has led to an unbalanced workforce in terms of age profile and experience.

There is some further analysis to be done there, even if those in the well-paid leadership level may be reluctant to look at it.

We of little faith

It’s also striking how many of the advertising fold tell us they have no religious faith.

If you add together the reported 53% with “no religion” and the 11% “non-practising”, you are only left with 36% with any practising faith at all. This compares to the 2011 Census where nearly 60% of the UK population described themselves as Christian alone.

The advertising sector is particularly underrepresented by those of Muslim faith with just 1.6% compared with the UK figure of 4.8%.

I don’t know how this plays out with regard to the attitudes and values of those in the advertising sector. But it is important to be aware of it and to reflect on how it may influence our work.

Watch out for ‘burn out’

The Report says 31% of all respondents feel stressed or anxious, but this goes up to 51% for disabled people, 45% of LGBTQ+ and 36% of women.

We can guess that job insecurity, the prolonged period of economic uncertainty, a long-hours culture and weekend working have all played their part.

No wonder we have seen a need for the recent launch of the Brilliant Creative Minds ‘Code of Conduct’ – the result of another coalition of industry bodies (including Crown Commercial Service, NABS, the IPA, the Association of Independent Agencies, the Advertising Association, ISBA and Social & Local CIC). Its stated aim is to protect creativity by eradicating practices in procurement, commissioning and agency cultures that compromise mental health and wellbeing, such as unrealistic client timescales and demands.

There is no doubt the broader conditions within which advertising operates can be a strong counter force to addressing overworking.

We need to get better at inclusion

The advertising industry over-indexes on two key aspects of workplace culture. Namely “I feel unfairly spoken over and not listened to in meetings” and “I feel undervalued compared to colleagues of equal competence”.

There is obviously no point bringing in more diverse talent if those fresh voices and perspectives are not heard. If we want to get better at retaining talent, this is the place to up our game.

As we return to our workplaces, there is an opportunity for some open and honest conversations about how to encourage greater participation in meetings and show appreciation of everyone’s contribution.

Yet another load for middle managers

If I have any doubts about the chances of success and pace of change, it would be the ability of the squeezed middle managers to make it happen.

They were already reeling from the impact of the pandemic and the challenges of running their teams virtually.

Now they are being asked to find a way of allowing people to enjoy permanent flexibility whilst also creating a more inclusive culture.

But time is a key ingredient, too. The time to self-educate, the inclination to listen to colleagues and adjust working patterns, the resources to address pay disparities, develop people’s skills and provide opportunities to for them to progress in their career – all while delivering on the day-to-day demands of the job.

Middle managers are very stretched already, and this is yet another demand for change they are being asked to deliver at pace. If they are not equipped with the training, time and financial resources they need (as well as the toolkits) it’s going to be pretty difficult for them to get it done.