Addressing the big misconceptions in CTV 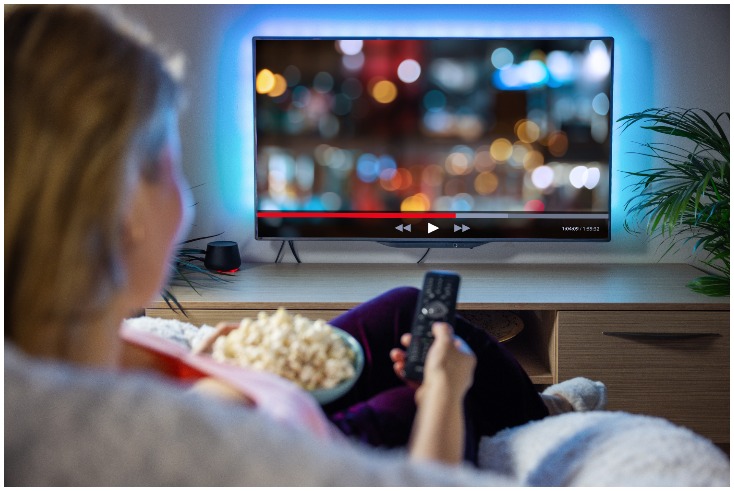 Andy Jones, head of agency development at Samsung Ads busts four myths of TV advertising in the age of streaming.

In 1996, Bill Gates coined the phrase Content is King. It’s now clear just how right he was. The internet has changed everything — even the TV set.

Our TV experience is now made up of more than linear channel hopping — we go to different providers for different needs across smart TVs.

Personally, I use live TV for sports, YouTube for my fix of international news, Disney+ for family viewing and Samsung TV Plus for the variety of lean-back TV content. The market has changed so quickly that it is difficult for publishers, agencies and advertisers alike to keep their finger on the pulse.

At Mediatel’s The Future of TV Advertising Global event at the end of last year, I explored the current TV landscape, addressing misconceptions of TV advertising in the age of streaming.

AVOD and FAST channels do not yet have the same reputation among advertisers for high quality content. This is a competitive space. Amazon spent $432m producing the blockbuster Rings of Power and forayed into live sports by securing rights to select Premier League matches.

But new FAST players are subverting the narrative.

FAST, for those new to the concept, is Free Ad Supported Streaming TV: think scheduled content within streaming channels.

Such services in the UK like Pluto TV and Amazon’s Freevee also feature original content. This has been our priority with our own FAST service Samsung TV Plus —  securing partnerships with broadcasters (such as RTVE and DAZN) to stream more live content.

FAST channels give audiences access to some of the most popular shows in the country for free.

Our Samsung TV Plus The Jamie Oliver Channel, gives foodies free access to the extensive catalogue of content from one of the most popular chefs in the country. Alternatively, for the US TV lovers, Samsung TV Plus features America’s Got Talent and American Idol.

Similarly, Pluto TV gives MTV fans the chance to enjoy some of its flagship programmes such as Catfish: The TV Show and Teen Mom — non-stop.

With so many options for viewing content, advertisers are right to be cautious around the possibility of under or overexposure.

This is where the advanced targeting capabilities made possible via CTV come into play. Combining modelled data such as BARB with deterministic data, like Samsung Ads’ ACR data, advertisers get both a trend-based holistic view of the market and target specific viewers who have not been exposed to campaigns via linear TV.

Innovation in programmatic on Connected TV (CTV) is continuously developing tools for improving the CTV experience for viewers and advertisers alike.

The growing adoption of OpenRTB 2.6 is one example of the evolution, which likens the buying and selling of inventory to linear TV through ad podding.

Podding allows publishers to deliver several ads in a single ad slot, mimicking the experience viewers are familiar with in linear TV ad break settings. It also allows advertisers to maximise ad revenue through queuing up a customisable sequence of the most relevant ads within a certain ad slot.

As more consumers make the shift away from linear to streamed content, incremental reach becomes an important tool.

The week of November 28th 2022 when the I’m A Celebrity final and 16 World Cup matches took place, ITV recorded its largest ever number of streamers; at 106.4 million streams.

Increasingly audiences are opting to stream the big ticket, live TV events rather than accessing them via traditional linear platforms.

Misconception #3 — The quality of the viewing experience is not the same as it is on linear.

Experiences are more streamlined on CTV.

The need for additional devices is declining rapidly. On Smart TVs, everything is built in the TV, for the TV.

It’s like comparing a modern smartphone to a handset from the 90s — technology within TVs is more powerful than ever. Gone are the days of buffering and clunky experiences.

Viewers have embraced streaming, and the simplicity of the technology in this space. And it will continue to be the job of the OEM or Operating System to aid user navigation and content discovery.

Bringing all content strands under the roof of one OS isn’t the same as linear — it actually makes it even easier and more convenient.

Misconception #4 — Ads on CTV are perceived differently to linear.

Some people believe that ads on CTV are perceived differently than those on linear channels. However, research has shown that advertising is generally viewed similarly across platforms.

We commissioned a study earlier this year with VERVE, to better understand viewers’ engagement with advertising across viewing platforms and understand if there was a difference across streaming vs linear.

Consumers appreciate the value exchange in viewing ads. A recent Seedtag report found 76% of UK consumers are willing to watch ads in exchange for free content. In fact 58% of respondents to the survey would choose a hybrid or ad-supported model instead of a paid for service. The TV landscape is no exception.

Consumers today understand and are open to the value exchange of free content in exchange for ads, as long as those ads are relevant, which the data led approach of CTV advertising delivers.

As an industry, we need to challenge and re-evaluate our own preconceptions.

As Bill Gates predicted — content is king. But now we can see that data is the kingdom.

The insights Smart TVs offer advertisers are shining a light on the reality of the CTV landscape and empowering brands to get closer to audiences through these channels. 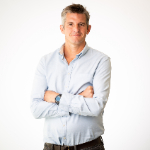 Andy Jones has 20 years’ experience and knowledge of TV & Video having worked at Roku, Videology and prior to that at Channel 4. Like many in media, Andy’s foundation was as a Zenith TV Buyer at the old Paddington office. Whilst TV has changed significantly in that time, the experience has given Andy the extensive agency knowledge for his role with Samsung.” .