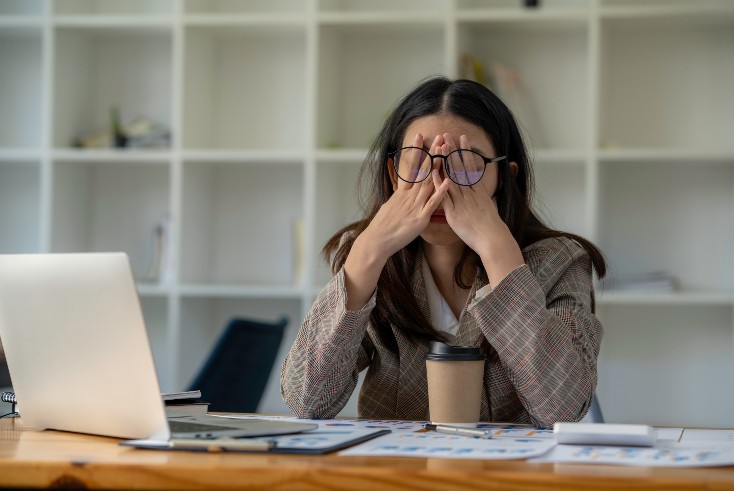 The number of people working in advertising and marketing has fallen by 14% since 2019, the Ad Association has revealed through a study presented at LEAD this morning.

According to the Association’s report, HR leaders across the industry have advised that skill shortages have been most acute at entry-level and at mid-level (people 3-5 years into their careers).

The ongoing global talent crisis in media and marketing hit a boiling point in 2022. A survey last June conducted by the World Federation of Advertisers (WFA) found that almost half (48%) of respondents said they think the industry is facing its “worst-ever crisis” of talent, with 77% of respondents admitting that there is “some” or “high” scarcity of talent in their organization. 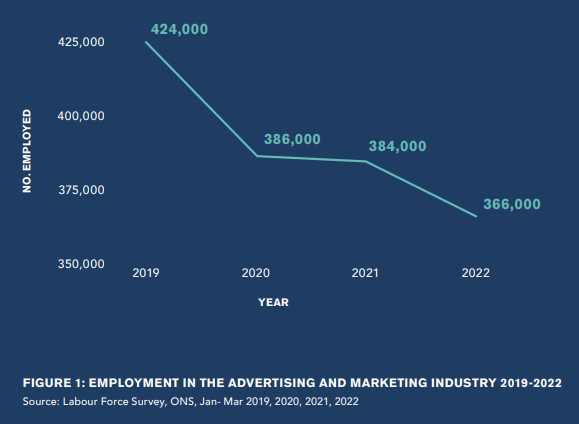 In the UK, factors behind the crisis may be down to pay. The latest report from the Ad Association found that inflation-adjusted annual advertising spend has increased 42% since 2011, whereas average annual advertising (-4%) and marketing (-10%) salaries have decreased over the same period.

The study notes that poor salary progression is impacting the industry’s ability to attract talent, with data showing that advertising salaries underperformed against comparable industries. Salary progression was also a key driver of vacancies, impacting all levels of talent in the industry, but particularly in junior roles. 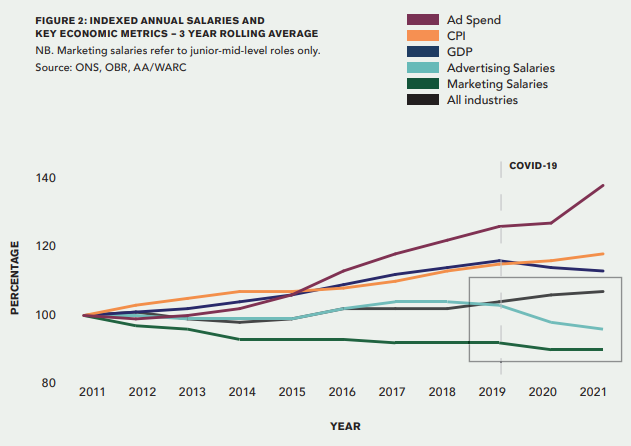 Unpacking the data on the decline in salaries, agency co-founder and The Media Leader columnist Laurence Green noted that the large increase in adspend over the past decade does not necessarily flow through agency revenues, in part causing wage stagnation.

“Much of [the adspend] has been captured direct by the tech platforms (historically Facebook/Meta and Google, now increasingly Amazon and other retail media). So much of the ad growth over the decade has been digital (and performance) media, and against new direct-to-consumer brands acquiring customers as fast as possible… if not turning a profit!”

Green added that agencies also have not been able to force their fees higher, despite being asked for more assets delivered faster than ever. 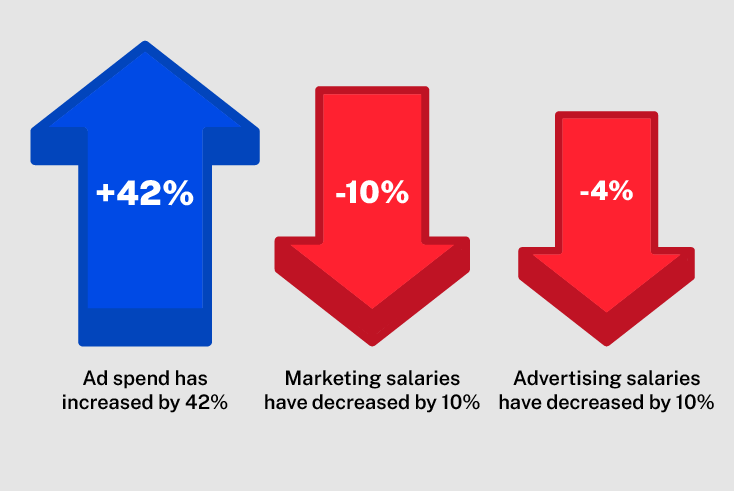 “More and more business is project-led rather than retained also, so agencies try to cap their salary bills,” said Green. “The agency business remains oversupplied: someone will always do it cheaper, and there’s only a handful of genuine agency brands that can justify robust fees.”

Though the Ad Association’s report notes that most companies do not have the resources to simply increase salaries, especially during a cost-of-living crisis, it nevertheless reads: “a radical long-term rethink on salaries is something that will need serious consideration if we are to compete with other industries for talent over the next ten years”.

Reacting to the report, The Media Leader columnist Jan Gooding added that the poor salary progression “certainly highlights that budgets need to be reviewed and rebalanced in favour of pay and skills development or the golden goose will be dead”.

To better attract new talent, the Ad Association is recommending the industry consider an ad campaign targeted at school and university leavers and potential “career switchers” and the communities that engage them.

The study also notes that, in terms of recruitment, retainment and skill development, the advertising and marketing industries should consider using the Government Apprenticeship scheme, as supported by the Apprenticeship Levy.

Between 2020-2021, there were just 1,220 apprentices in advertising and market research companies, representing 0.6% of total employment spread across only 1.7% of companies. That is lower than the number of apprentices in financial, legal and accounting services.

Though the report recognises that “some structural and financial limitations to the existing apprenticeship system persist”, it adds that “many agencies, brands and media owners are
failing to maximise their levy investment and the opportunity by not fully engaging with the apprentice scheme.”

The report added that in order to retain workers, companies should seek to more clearly map out career progression paths, and offer flexible hybrid office policies “with training and development in mind”.

As part of its three-year strategy through 2025, The Ad Association will take preliminary actions including planning for the aforementioned campaign to promote advertising as a career choice to young people, a central industry hub for professional skills training, increased successful uptake of the apprenticeship scheme and support on best practice around hybrid working.

Advertising Association CEO Stephen Woodford stated: “People want to be proud of the industry in which they work and to be confident that they can learn and grow throughout their career. This report demonstrates how much collective ambition and opportunity there is to improve our performance, from entry level through to every stage of career development.”