Acquisition target Vice Media was the future once. What now? 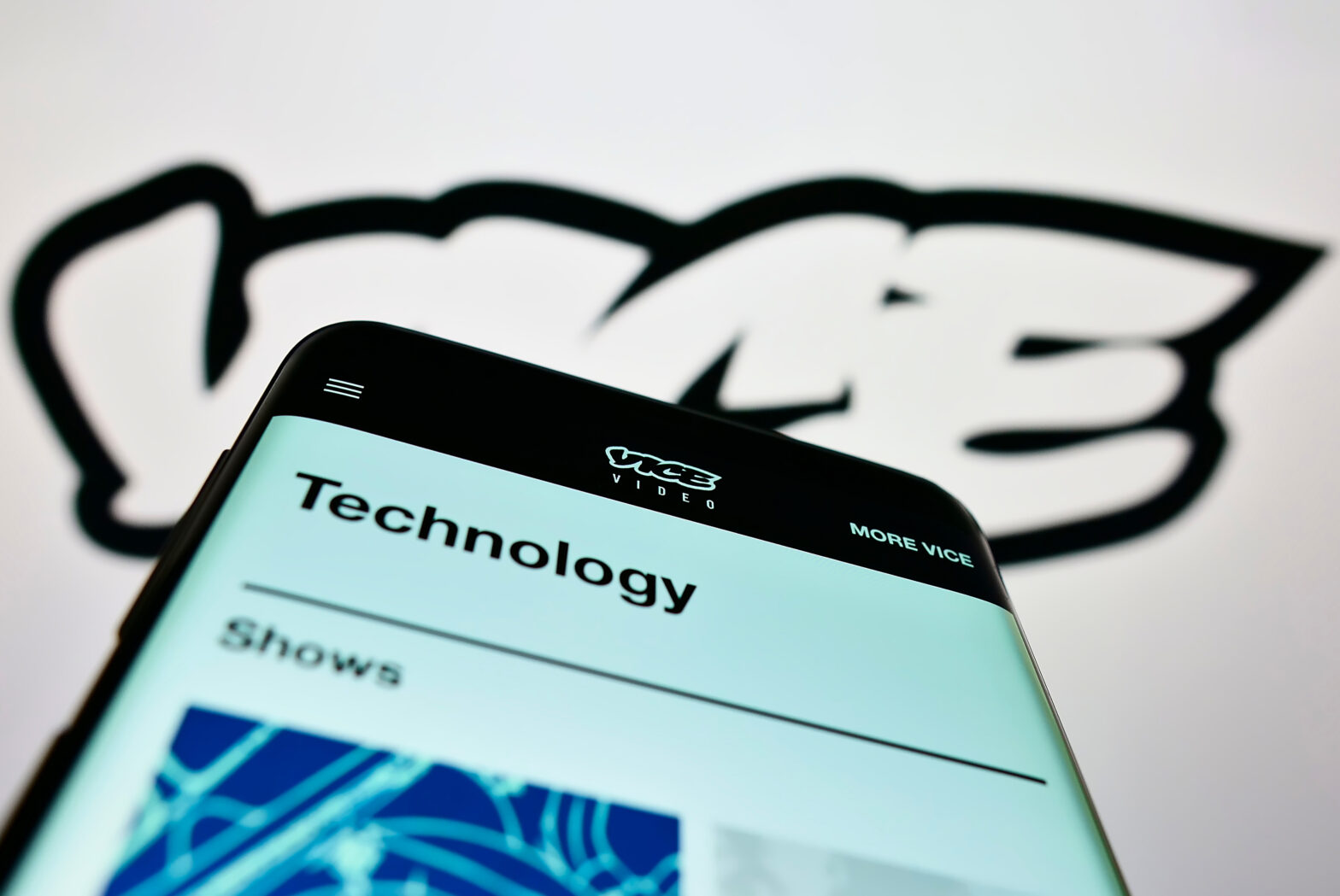 These words appear applicable to the once mighty Vice brand, the 2010s disruptor par excellence that now seems as cutting-edge as a dog-eared old copy of Nuts, FHM, Loaded, or Zoo.

Which is analogous; Vice’s origin was a (usually sticky from booze) free magazine one would read in a pub/bar, wondering how they got away with the amount of voyeuristic smut masquerading as journalism that was crammed into each issue.

Ambitions of a global TV empire have now faded in distant memory as Vice has discovered that today’s daring young rebel will always be tomorrow’s embarrassing old coot.

Which brings us to Shane Smith, whose hubristic desire for world domination and hipster cred is largely responsible for the Vice dumpster fire.

But for the masochists amongst The Media Leader’s readership, the entire speech is still available to enjoy (?) on YouTube.

Instead, I’ll refer to his New York speech earlier in May that year, when the similarly lubricated (in his own words he had imbibed “a few ales”) CEO told advertisers: “It’s the fastest growing network in the f-ing history of TV.”

The business model of Vice, much like Netflix, appeared to be built on continuous expansion, but without the foundation of genuine subscriber numbers that the streamer enjoys.

A case of gullible established companies attempting to be in at the ground floor of a brand which resonates with a younger, hard-to-reach market with disposable income.

Case in point Rupert Murdoch, who invested $70m in Vice Media back in 2013, adding to the supposedly savvy nonagenarian mogul’s other bone-headed punts on the likes of Theranos, MySpace and Amplify.

Before parting with his cash, the down-with-the-kidz Murdoch Tweeted: “Who’s heard of VICE media?

What a ‘Hep Cat,’ that dude Rupert is, as the young folk say nowadays.

Anywho, flash forward to 2022, and a company that was valued by some at $5bn (in 2016 Smith predicted Vice would be worth a whopping $50b by 2020) a few short years ago is now apparently in the crosshairs of Greece’s Antenna Group for an undisclosed sum.

Which I’m guessing will be considerably less than the money-obsessed Smith may have once in his dreams feverishly salivated over.

In 1999 he boasted that “Two years from now, there’s the IPO and we’ll be fantastically wealthy”.

Oh, presumably he’ll still be extremely well-heeled, just not the mega-tycoon he so obviously wished to be.

So why is Vice Media now facing being sliced and diced into Antenna’s gyros?

A combination of factors – virtually all of the company’s own making.

Shane Smith’s public displays of arrogance certainly didn’t help matters, but then, after his Edinburgh debacle it became a case of “Après moi, le déluge” as Louis XV famously said.

Soon after, Smith stood down from the CEO post to become non-executive chair, but the damage had been done.

With the New York Times exposé of a culture rife with sexual harassment and boorish (to put it kindly) male behaviour, Vice began to look like a less than progressive place to work – unless you’re part of the ‘anti-woke’ mob that is.

These revelations reminded people of other less-than-savoury aspects of the company, including puerile love-ins with the likes of the deceased antivirus tycoon John McAfee and the uncomfortable fact that Vice was co-founded by Gavin McInnes, creator of American neo-fascist outfit the ‘Proud Boys.’

The rollout of Vice TV channels proved a dud, with their so-called ‘edgy’ output failing to engage viewers and feeling dated even before Trump and Covid hit the world.

True, they still sell shows to the BBC and C4, who really should know better. Presumably C4 boss Ian Katz retains a belief that Vice is still current.

But when news hit that Vice had secretly organised a rave event in Saudi Arabia, this surely should have given UK broadcasters pause for thought.

Especially for former current affairs journalists such as Katz… one would think.

Still, Vice’s drama production label Pulse Films are responsible for Sky Atlantic’s semi-hit crime thriller series Gangs of London, but it may be hived off to an interested party other than the Hellenes.

Vice’s 2019 acquisition of female-skewing lifestyle media platform Refinery29 for $400m, couldn’t shift the dial on what was now perceived to be a brand tainted by casual misogyny. Ironically, Refinery29 has since faced accusations of fostering a toxic workplace environment.

Smith, like Trump and Boris Johnson, appears to indelibly stain many who come into his orbit.

What will Antenna do with Vice Media, if they acquire the company?

Presumably, the brand has some saliency in Greece and environs, but it’s difficult to see Vice Media getting back to anything resembling its former ubiquity.

As for the tiresome Smith, maybe he’ll attempt another media empire, or hopefully just retire to count his millions and plague the world no further.

And, I guess, for that we may be truly thankful.