A divided Kingdom and what that means for building brands 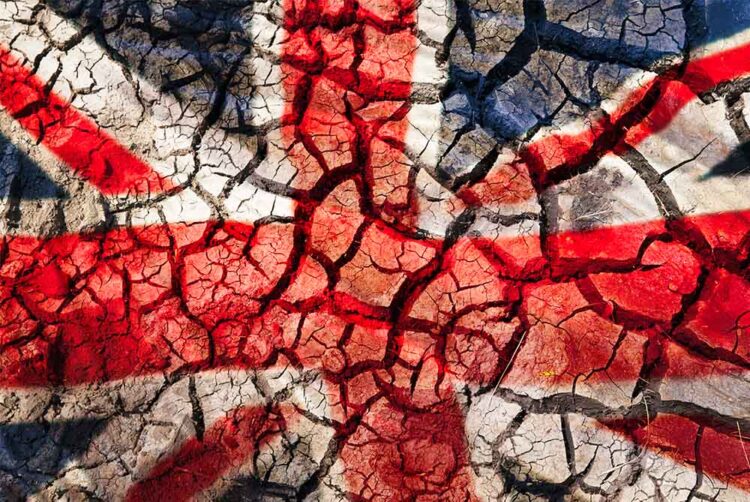 We seem to be drawn in opposing directions on so many issues, we can no longer be sure what being British really means.

For 12 days in September the world’s eyes were fixed upon the people of the United Kingdom as they mourned the death of Queen Elizabeth II.

Did those outside observers witness the gathered crowds and the phenomenon of The Queue, and think of us as a unified people? Certainly the rolling news footage gave the impression of a cohesive, undivided population wedded to tradition.

But, of course, despite the impressive crowd numbers and displays of quintessential Britishness — which certainly remain a core part of our culture — the majority of subjects were still out of view, thus giving something of a false impression of the UK’s true identity.

In the immediate aftermath of the Queen’s funeral, only 47% of that cohort say Britain should continue to have a monarchy, compared with 86% of Britons aged 65 and over.

Meanwhile, in May 2022, a poll by British Future found that while 85% of Britons expect to have a monarchy in a decade, only 45% of Scots wanted to maintain it.

Although attitudes to King Charles shifted substantially a few days into his new role — it’s also clear Britons are less likely than ever to be united by figureheads or symbols.

This is significant. The Queen’s reign spanned nearly 30% of modern America’s history, with nine in 10 living humans having never known another British monarch. But now, with the accession of a new King, comes a challenge to affirm the monarchy’s role in the future of British identity.

Yet there is no singular collective vision, and some of the institutions that are supposed to unite the country are fuelling its political and cultural fragmentation.

Indeed, in January 2022, 48% of Britons said they felt the government was a divisive force in society, and 79% felt that the way politicians were behaving undermined trust. (It’s also worth pointing out that 61% of people across 17 advanced economies, including the UK, believe their countries are more divided than before the pandemic, according to a study by Pew Research last year).

From Brexit, fracking and republicanism, to taking the knee and squabbles about wokeness, we’re seemingly drawn in opposing directions on so many issues we can no longer be sure what being British really means.

Even our unifying national symbol, the Union Jack, elicits feelings of “pride, guilt and everything in between,” as Michael Skey, a senior lecturer in media and communications at Loughborough University, notes.

The United Kingdom is undergoing great change and experiencing unprecedented turbulence. Not just the end of the Queen’s 70 years of reign; but the end of 47 years of EU membership; the start of a difficult and polarised transition to a greener economy; the reckoning with a colonial past; high inflation; record-breaking heat waves; nuclear threats upon our capital; the pandemic.

Although service, community, and resilience continue to be fundamental to how we collectively define our identity, people in Britain, writes Skey, are “struggling with who they are in ways they haven’t before.”

There are several outcomes strategists might find interesting here. First, it’s clear there is a growing leadership and unification vacuum, and if our traditional institutions leave that gap open, then it is likely businesses — as organisations with the resources and influence to do so — will step in to fill the void.

It’s no coincidence that brand purpose has risen to such striking levels throughout this same period, with businesses increasingly choosing to align their corporate identities to the social problems our traditional leadership institutions seem to fail us on.

Indeed, one conclusion here is that we might be witnessing growth in a newly established middle-ground between a failing public sector and an increasingly righteous private sector.

This certainly seems to be the case with Patagonia, which has moved far beyond brand purpose into the much more tangible ‘stakeholder capitalism’ – distributing profits as a dividend to help fight climate change; a direct response to governmental failure. Given consumers are increasingly rewarding this sort of corporate behaviour with their wallets, this is a trend to watch.

A second insight is linked to human behaviour during periods of upheaval.

For example, behavioural science researcher Richard Shotton notes that habits are altered or reappraised when people go through major life events — marriage, divorce, a new job, a death, a birth. This has clear implications for brands.

This occurred even when the life events were unrelated to the product category. It simply appears that if someone’s environment is destabilised their purchasing habits are significantly more likely to change too.

Furthermore, 2014 research from Katherine Milkman suggests that fresh starts are effective at triggering new behaviours; while recent Kantar TGI data shows that across all adults there has been a 5% uplift in ‘brand repertoire’ for food during the cost-of-living crisis as people are more willing to try different brands that will stretch their budgets further.

By extension, national events that impact our lives in quite meaningful ways — whether beneficial or detrimental – could trigger nationwide behaviour changes or reappraisals, and are therefore an interesting catalyst for brands to communicate.

So whatever happens next as Great Britain transitions into a new and uncertain era, it’s clear we must update our thinking about what it means to be British, and what changing that definition means to brands.

What is certain, however, is that our collective identity is being remodelled, and we simply can’t ignore that, especially if we want to gain some control over what that means.

Simon Carr, Chief Strategy Officer, Hearts & Science UK, on 30 Sep 2022
“I’m not advocating that all brands should double down on purpose. I agree with Andrew Tenzer’s findings, enjoyed Nick Asbury’s piece, and I’m a big fan of Richard Shotton’s takedown of the Stengel 50. But neither do I think the 4,000 companies that have gone through B Corp accreditation are virtue signalling. Businesses stepping into the void left by our institutions at a transitional moment in British history is an observation rather than an opinion. Where gaps in culture appear we'll always find agencies and brands trying to find an angle, such is the nature of our industry. But Martin Weigel’s recent Strategy Rediscovered piece raises the bar on our strategic ambitions beyond selling stuff: “there is a need to exercise a “firmer grip” on our fast-changing cultural, social, political, technological, and biological environment that is greater than at any point in human history. Such is the opportunity and the necessity for strategy’s imagination. There are alternatives and there are tomorrows. There is a world to be transformed."”
Duncan Owen, Head on Insight , Craft Media London , on 29 Sep 2022
“It's an interesting analysis and whilst I'd be the first to agree that British society feels divided today, I cant quite agree with the conclusions of this piece. As Nick Asbury has written, the answer to the problems of failing government and institutions isn't for brands to step in - it's for better government and institutions. We're in the biggest financial crises we've likely ever seen in our lifetimes, and the idea that now is the time to double down on brand purpose is dangerously misguided - because what our industry needs to get really good at again is driving demand and actually selling stuff. There's a huge amount of research out there now that proves brand purpose is lousy at getting people to buy things. See Andrew Tenzer/ Reach recent research for starters. And when it comes to Purpose, Patagonia is the exception that proves the rule - that purpose is only powerful when it is real. For most brands social purpose strategies are a distraction from selling stuff. And selling stuff is sort of mission critical right now. If there's a purpose that brands should actually get behind in these divisive and turbulent times, it is the role that advertising has historically played - bringing people together and putting a smile on people's faces in reward for their attention. That, the evidence suggests, does actually sell products, and helps clear the gloom. Brands need to avoid divisive virtue signalling, identity politics (or politics of any kind). In times of crisis we're all better together than apart.”