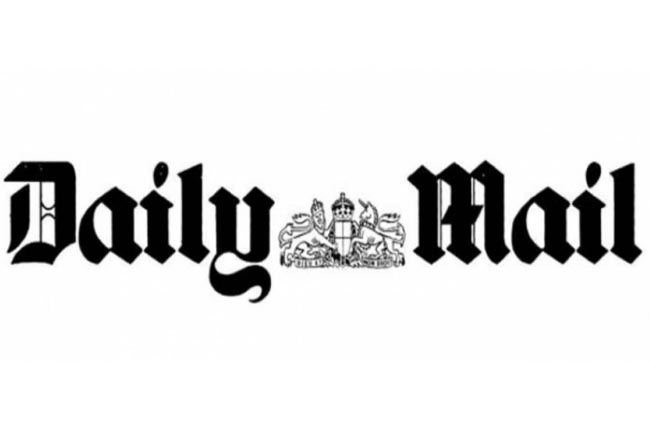 This is the latest in a string of partnerships for Talon with The Buntin Group, MadHive and Hivestack offering expanded capabilities in scale, digital out-of-home and OOH buying.

This comes as the global OOH market rebounds 21.8% this year according to WARC.

The Daily Mail General Trust (DMGT), which publishes The Daily Mail, The Mail On Sunday and Mail Online, has won shareholder approval to take the group private.

DMGT has been listed on the London Stock Exchange since 1932 and will now be delisted.

The company announced yesterday that 63% of shareholders voted in favour of the deal which was estimated to be worth around £2.4bn.

Bidstack, the in-game advertising and video game monetisation platform has announced an exclusive strategic and commercial partnership with Azerion, the digital entertainment and media platform.

The partnership will run for the next two years and provides Azerion access to 40 million users and 60 titles to extend its reach in gaming, immersive and digital advertising.

The deal has been described by the companies involved as “one of the industry’s largest programmatic in-game advertising deals”.

Merlin Entertainments has appointed Wavemaker as its new UK media agency as it consolidates its media spend across its theme parks and resorts and indoor attractions for the first time. The WPP agency was appointed after a competitive pitch process overseen by Oystercatchers.

Merlin previously separated out its media spend between its UK Midway indoor attractions – which include The London Eye, Madame Tussauds, The Dungeons, Sea Life, and its resort theme parks, which include Alton Towers, Thorpe Park, and Chessington World of Adventures .

Merlin has also appointed Wavemaker as its media agency for its midway attractions in Europe, which include Sea Life, Madame Tussauds and The Dungeons.

WPP agency Mindshare is “refreshing” its brand identity, separating “Mind” and “Share” in a variety of coloured logos.

According to news on its website, the global media agency network is now aligning with its “new direction” to accelerate good growth and reflect the nature of modern marketing with “a closer and stronger integration” between client and agency partners.

Sky and Acast are promoting Sky Glass TV to podcast listeners in its “Made of Magic” campaign.

In the pre-roll sponsorship host-read, listeners will hear presenters of Football Ramble, Katherine Ryan’s Telling Everybody Everything and Shagged Married Annoyed talking about their favourite aspects of Sky Glass and “teasing” the audience to stay tuned.

Then broadcaster and Happy Place host Fearne Cotton will deliver a sponsor read with “immersive, binaural 3D audio” in the mid-roll spot .

LBG Media, the group behind LadBible, UNILAD, SPORTbible, Tyla and GAMINGbible, has floated on London Stock Exchange raising £30m for the group and £81.1m for selling shareholders.

Alexander Solomou and Arian Kalantari founded the group in 2012 while at university and remain chief executive and chief operating officer respectively.

Colin Gottlieb has been the chief growth officer of the group since last February, moving from Omnicom Media Group.

The account is worth $40m and covers markets in France, Italy, Germany, Greece, The Netherlands, Australia, Spain and the UK.

The Guardian has reported 1,000,035 digital subscriptions at the end of November 2021, the first British newspaper to do so according to Press Gazette.

More than half of total digital subscriptions come from outside of the UK, with the US, Australia and the European Union making up most of those.

The publisher says it has grown its “total digital recurring support” by 87% in three years.

These figures are based on total recurring contributions, memberships, patrons, and paid digital subscriptions to the Guardian’s smartphone and iPad editions.

Publicis bosses Maurice Lévy and Arthur Sadoun cameo in Hollywood classics in this year’s Annual Wishes film to figure out where they will next year.

This comes as the group announced its employees can work from any of its offices around the world for six weeks of the year as of January as part of the “Work Your World” initiative. 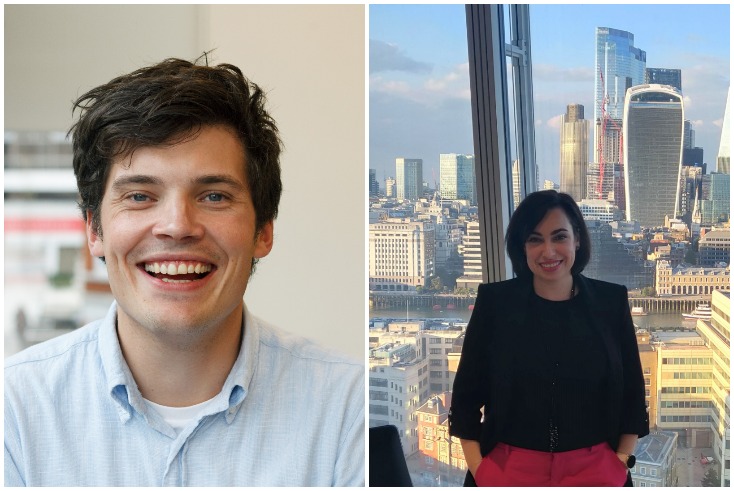 They will report to the current interim managing partner of GroupM Services, currently Kirsti Wenn, but this will change to Sam Hughes who will join the team early next year.

Puertollano has more than 12 years experience in digital and has worked at both clients and agencies from iProspect to Debehams and, most recently, Entain.

Roberts joined GroupM in 2014 and his most recent role was director of operations at Xaxis.

BritBox International, the streaming service from BBC Studios and ITV, will soon be available in Sweden, Finland, Denmark, and Norway through a distribution partnership with C More.

This partnership marks the first strategic distribution deal for BritBox in the Nordics, and means Britbox will be available in a total of eight countries from early 2022.

The programmes will be in English with local and English-language subtitles available in each country.

Sportswear giant Nike is kicking off a $1.4bn dollar global media account review, according to multiple US marketing titles.

The last time Nike attempted this kind of review was nearly a decade ago. The company has not confirmed the review.

WPP’s Mindshare handles Nike’s media planning and buying in Europe and other markets, Stagwell-owned Assembly handles parts of the business in Europe and Asia, apart from Japan which is held by Hakohodo.

Axel Springer and InfoSum have today announced that the global media and tech company will rely on InfoSum’s data collaboration platform as the infrastructure for its Trusted Data Strategy for a post-cookie era.

With InfoSum’s data collaboration platform, the Germany media giant is creating another security layer and is providing a “non-movement of data” solution for data sensitive customers.

Read Mediatel News’ interview with InfoSum founder and CTO Nick Halstead on what’s next for the “privacy by design” company.

Nearly half of UK residents aged 16+ have listened to a podcast in the last month, according to new research.

This works out as 41% of UK residents in that age bracket which is on a par with US monthly podcast listeners. Edison research carried out a survey of 1,000 people as part of The Infinite Dial 2021 UK, sponsored by Bauer Media and Spotify. 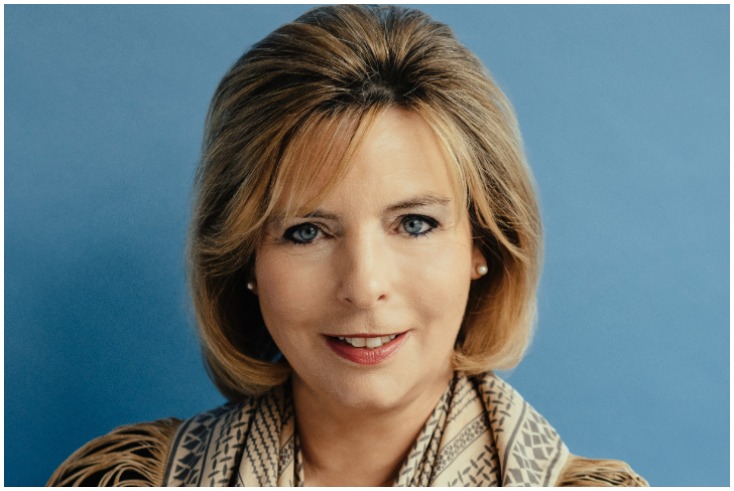 Gifford (pictured, above) joined the social media platform in January 2020 and has 30 years’ experience in tech including 19 years at Microsoft and four years at Hewlett-Packard (HP).

She is filling the position left by Nicola Mendelsohn who became vice-president for the global business group, replacing Carolyn Everson.

The Global Cinema Advertising Association (SAWA) and the UN World Food Programme have launched a cinema ad to raise awareness about global hunger, specifically with the humanitarian crisis in Afghanistan.

The 60-second cinema ad called “Feed our Future” will air across Pearl and Dean’s network of cinemas in the UK and was conceived by Sir John Hegarty and The Garage Soho.

The Times and The Sunday Times have chosen five winners of The Times Earth Ad Fund, a £1m ad fund for sustainability small and medium sized businesses and charities.

Clim8 Invest, UFODRIVE, Homethings, SURI and Creating Tomorrow’s Forests will each receive £200,000 of prime advertising inventory across both papers and Times Radio to promote their products and services which help readers and listeners “lead more sustainable lives”.

eBay Ads UK predicts brands should prepare for a wave of Strictly Come Dancing inspired spending from this Saturday until Christmas as its finale and festive special air on the BBC.

Data insights for the online reselling platform found dual screening during the dancing finale and festive special last year inspired shoppers to search for Tess Daly’s fashion choices and ballroom outfits, between 23% and 161%. 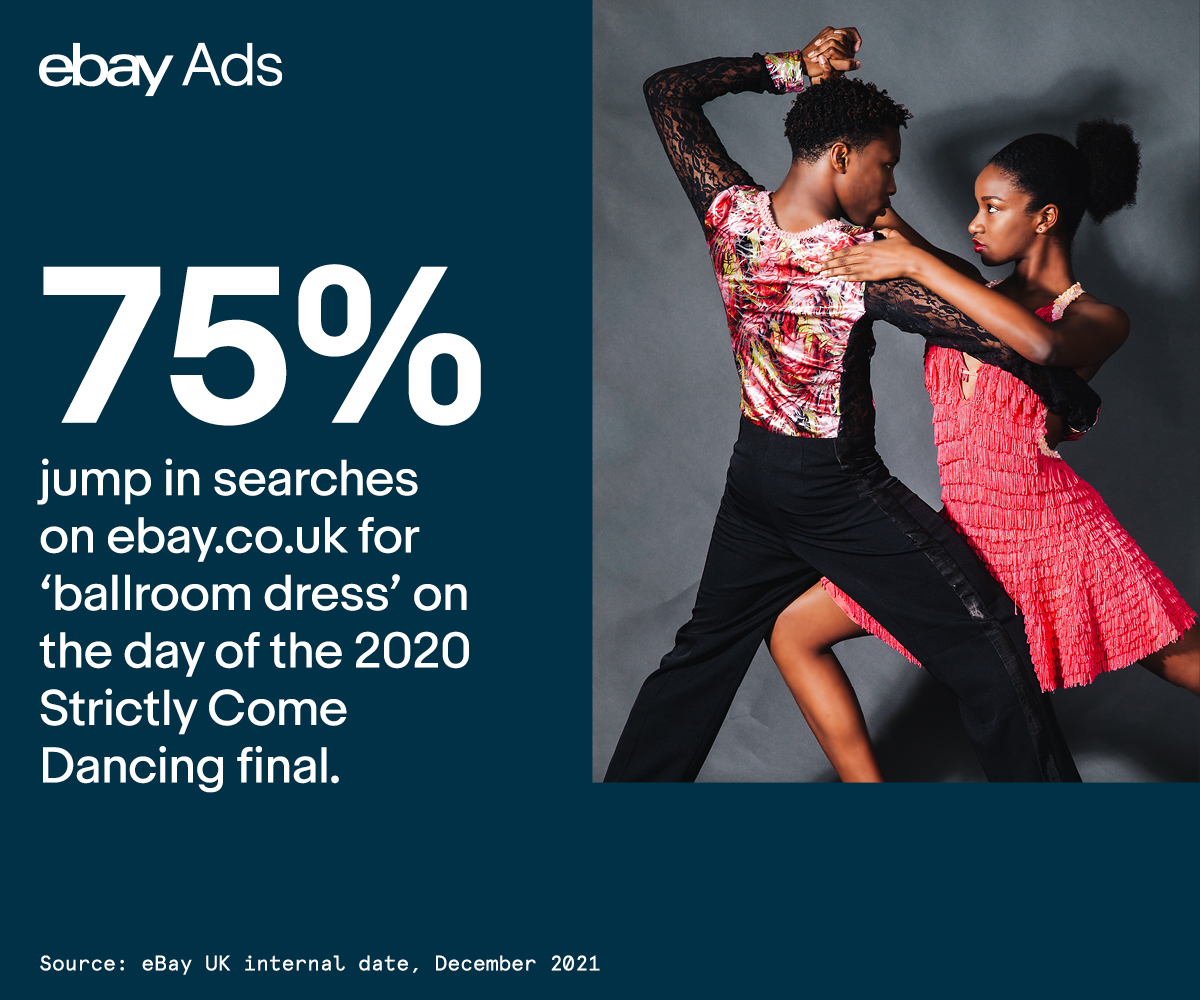