Why Stranger Things could be the Super Bowl of advertising 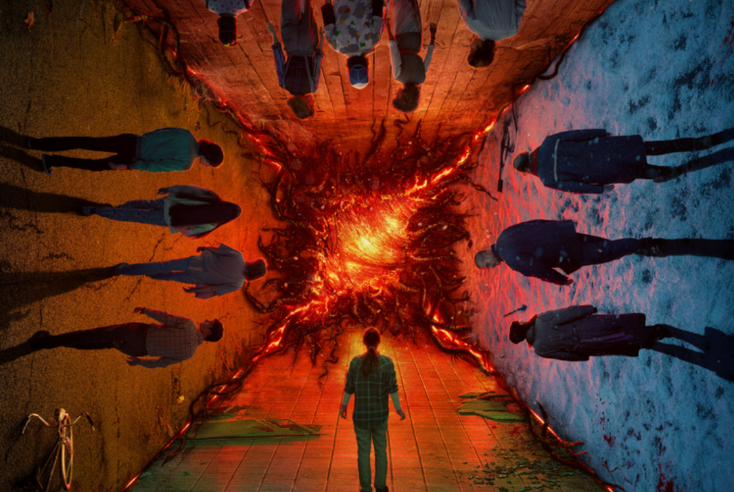 “So it’s like The Super Bowl of…” A phrase you hear a lot when someone is trying to provide a reference point for a pinnacle event of a given category. Well for us, the Super Bowl of advertising is… the Super Bowl. Well established for decades, and expectantly speculated on by the industry as the water line for the best advertising in the world.

What about Cannes? Well, Cannes is about creativity celebrated for creativity’s sake. And as such celebrates clever ways for worthy purpose-led causes to punch above their weight as much, if not more, than it does big brands creatively selling more products. These big brands end up at Cannes anyway, but usually once they have debuted on the big stage of the Super Bowl. It’s a Tide Ad won the Grand Prix for film in 2018, and Reddit’s 5-second ad did the same last year.

The Super Bowl is creative, cultural, and respectful of the medium. In most instances a whole spot shot for one ad break. It’s the stage for new product reveals, super star ambassadors, expensive locations and media-bending ideas. Worth it, because the eyeballs of America are there and, best of all, they expect it. What movie and big show trailers will they see? Which celebs will be endorsing what? What will happen to the Bud Knight this time around? It’s loud and proud about how cool adverts can be.

Where are the eyeballs of the world?

But in a funny way for the world’s most famous ad break, it’s limited. It’s flawed as a stage for truly global brands. It’s a flawed cultural canvas for the global creative and media community. And its flawed culturally. If you don’t care about American Football, you’re probably not watching.

So, where are the eyeballs of the world? If it’s not seeing whether Tom Brady will pick up an 8th ring before his 50th birthday, then what are they more universally anticipating? It’s the globe spanning mega-IPs from the streaming giants Netflix, Disney+, Amazon Prime Video, HBO. Each trading blows for the most viewed series of all time, the biggest Hollywood names enticed to the small screen, the biggest budget episode ever shot. It’s Stranger Things, The Mandalorian, The Crown, Lord of the Rings, Drive to Survive. 208 million people tuned into the Super Bowl this year; 781 million hours of Stranger Things Season Four were watched globally in the first two and a half weeks.

The hearts, minds, and eyes of the world waited three years with bated breath for the moment they could press binge on the latest tale from Hawkins, Indiana. Anticipation reached fever pitch with a promo campaign that saw the demonic world of ‘the upside down’ break free across the Empire State Building, The KL Tower, Bondi Beach, the Guggenheim in Bilbao, highlighting the global scale and appeal of the franchise.

The current count is over a billion hours watched. And as each season has ramped up, more and more brand marketing tie-ins have come along. Merchandising co-ops, product placement, video game spin offs and 80s soundtracks soaring back to the top of the charts. Kate Bush’s Running Up That Hill is number 1 in the UK charts this week 37 years after its release, entirely attributable to a scene in the show and the cultural hyperdrive of TikTok. The eyes, and ears apparently, of the world are there and so are the brands. The problem? The advertising community wasn’t invited to the party…. Until now.

A new media canvas ready to be painted

The industry is hungrily watching the headlines for news about an ad supported layer for Netflix. So, what will they do when they let us in to the platform? Will it feel like regular TV breaks? Will it be more like skippable pre-rolls on YouTube? Or more premium and indulgent like the cinema experience?

The answer is probably a blend of all of these – as well as display inventory on the platform itself. Industry reports suggest that ad-supported tiers from Netflix competitors show between 8 and 23 ads per hour – fractionally more than on linear TV in the UK. With rumours abounding about a potential acquisition of Roku, the strategy could be to use this platform to more cleanly delineate between paid and non-paid services.

In whichever way ads manifest themselves on Netflix, it feels like a golden opportunity to bring the magic of advertising back into the light from its slightly embarrassed, apologetic performance-driven corner. For the big, unavoidable culture shaping IPs it feels like an opportunity to give creative agencies and brand marketeers what they have been briefing, wanting, and then being shut down by media anoraks – a genuine canvas for big, bold brand storytelling that has the guaranteed reach.

Imagine, a hyper-premium long-form and highly selective ad-break before every first play of Stranger Things. Each with as much care, attention, and bravery as a Super Bowl commercial, but this time not restricted by the demographic of NFL fans. This time with more potential for bending and twisting the medium as it will all be delivered through a connected streaming device. You’d watch that. You’d remember that. You’d talk about that. And advertisers on a mission to be part of culture would pay for that. I am ever hopeful that this could be an exciting and energising new chapter for advertising – a new media canvas ready to be painted.

For sure, the smaller audience shows may have a more targeted, nuanced approach. Yes, use the real estate of the platform UX to run display. But the big cultural event IPs could become the new Super Bowl of advertising, a much-anticipated and truly global advertising moment: “Who will be in the launch break this season?”. It can be a weather vane for brave, bold, and culturally important brands.

And the media itself? Bring back the long form with no shame. Bring it back to sell ideas and products. Bring it back without getting a slap on the wrist from the efficiency police. Break and remake the medium. Put it on a global stage. Build for a singular canvas. And build it with as much passion, creativity, and love of the game as the Super Bowl. Because it could be bigger. Much much bigger.

Will Parrish is the chief strategy officer of Initiative UK.