Why prophesying is important — even when it’s wrong 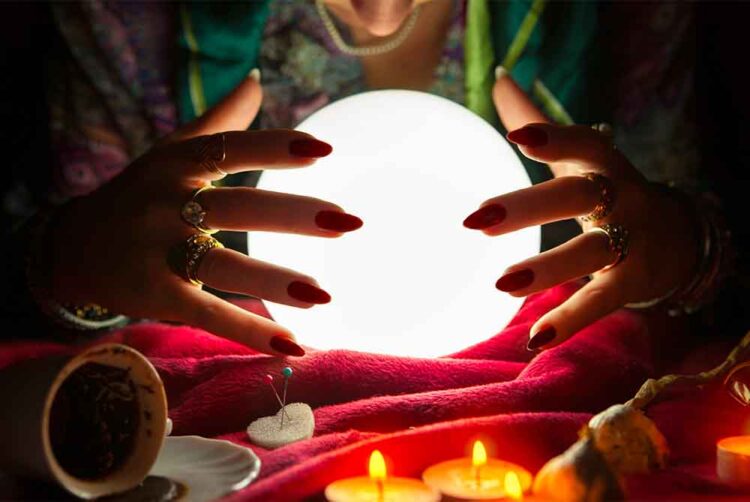 In his first regular monthly column for The Media Leader, Omnicom’s Phil Rowley argues why there is more to predictions than being right.

With Elon Musk’s long-awaited purchase of Twitter likely to go ahead, commentators are busy polishing up their crystal balls to foretell how he will transform the social platform into an ‘‘everything app’ — or omni-key for all interactions — like China’s WeChat.

Elsewhere, prophesying the next wave of tech evolution, Apple’s Tim Cook predicted a few weeks back that, soon ‘…life without AR [augmented reality] will be unthinkable…”.

Meanwhile, pontificating on the ‘M Word’, entrepreneur and CEO, Anuj Jasani augured “I am telling you this now with confidence: that after 5 to 7 years most of the population of this world will live in the Metaverse world.”

These are confident predictions indeed. Bold visions of a yet unrealised future swarming with disruptive tech.

But are these predictions right? And what happens if they are wrong?

Technologists love predicting the future. By extension, so do advertisers and marketers. Parroting back ‘tech prophecies’ can lend gravitas and expertise to planning and strategies. Consequently, as we move towards November, we are only a month away from that inevitable agency-wide email. Subject line: ‘Does anyone have a 2023 tech trends doc?’

Yet there is a long history of misguided hyperbole around the ‘coming attractions’ of the tech world, and so many prophecies have been too overeager, too romanticised or, bluntly, just plain wrong:

In 1998 legendary economist Paul Krugman said: “By 2005, it will become clear that the Internet’s impact on the economy has been no greater than the fax machine’s”.

Not 10 years later, deriding the advent of ‘Web 2.0’,  Microsoft’s Steve Ballmer said “There’s no chance that the iPhone is going to get any significant market share. No chance.”

Decades before that, Hollywood scriptwriter Darryl Zanuck intoned “Television won’t be able to hold on to any market it captures after the first six months. People will soon get tired of staring at a plywood box every night.”

We get it wrong. All the time.

Should that stop us making predictions of what is to come? Should it stop marketers from gazing to the horizon to see what’s next?

The answer is no.  For two reasons.

Planning for the future

Granted, tech prophecies can be eerily prescient, or utter balderdash. But engaging with them need not be a knee-jerk reaction, like piling cash into virtual plots of land or minting NFTs in the vain hope of surfing the zeitgeist. Nor should it be about a derisory dismissal of an inevitable media revolution.

No. We should engage with tech trends to teach us, first, the value of long-term planning and, second, the importance of agility.

Tech guru and futurist Kevin Kelly puts this wonderfully, asking us to imagine a car windscreen pelted by rain: we can’t predict the direction of every raindrop, he says, but over time we can predict the general direction of the rain. Down.

Thus, whilst no one could predict the specifics of the iPod, the idea of thousands of songs in the palm of our hand was a wave we always knew would hit the shore one day. Ironically, if we can be more attuned to the macro than the micro, we are more likely to be more agile in the short term:  if we see the wave cresting on the horizon, we prepare ; if we only see the wave as it breaks on the shore, we get washed away.

Brands shouldn’t immediately ‘scramble the fighters’ upon reading a CES report on a bluetooth hoover revolution. Rather if they already had an early warning system in place or zoomed out to see the longer play, they would have seen the broader trend develop over time: consumers want automated convenience. The further out you are, the more you can see.

Moreover, unlike VCs, brands planning for the future should not behave like they are trying to pick ‘winners’. Instead it is better to think in terms of sets of possibilities — and to hone the machinery of agile responses. Note: responses plural. That could take the form of a cross between scenario planning and a 10 year roadmap, with multiple potentialities plotted out, and rough solutions proposed for each.

Indeed, brands and businesses that were swept away by change — Blockbuster, Nokia, Kodak — failed not because they didn’t want to react, but because they had no successful mechanism for reacting. In many cases those brands weren’t taken by surprise, blindsided by the disruption. Rather, like a rabbit in the headlights, they froze as the future drove straight over them.

Not only can framing predictions correctly allow brands to flex the muscles they use for perceiving, preparing and pivoting, but in some cases it can help change the future.

A famous historical example of a wayward prediction that became publicly pilloried actually sheds light on the importance of predictions and forecasting.

In 1798 Thomas Malthus predicted a population explosion and resultant famine once crop yields could no longer support a burgeoning global populace. This prediction became firmly embedded in public consciousness, and was even being re-articulated 170 years later in Paul Ehrlich’s 1968 book The Population Bomb — again foretelling a global population collapse after an agricultural collapse.

Yet no one had predicted the scientific breakthrough of one man, Norman Borlaug. His pioneering work delivered an intensification of crop densities, defying the catastrophic prophecy.  Borlaug’s solution was inspired by a doom-laden prediction that demanded a response; the act of prediction itself became the clarion call for the solution. Today, we may also argue that the dire prognoses from climate change experts don’t take account of solutions that will be birthed by those very warnings. As Plato said “Necessity is the mother of invention”.

In this vein, brands and businesses may wish to use predictions and trends as a warning. Heeding forecasts on sustainability or data privacy now may help mitigate against an inevitable reckoning later.

Brands and businesses should be honing their skills in futurism. Not to dive on trends quicker. Nor to bolster their soothsaying credentials. But because forecasting inspires long-term planning, develops agility and encourages the building of launchpads, pivots points and exit ramps for the unforeseeable.

Our preoccupation with prediction should not be about placing all your chips on one number hoping it will win, but instead using those chips to gain a deeper understanding of the internal workings of the casino – and to plan for a small, medium and big win.

Phil Rowley is head of futures at Omnicom Media Group UK and the author of Hit the Switch: the Future of Sustainable Business. He writes a monthly column for The Media Leader about the future of media.