Why football’s brand-building power is shifting to players 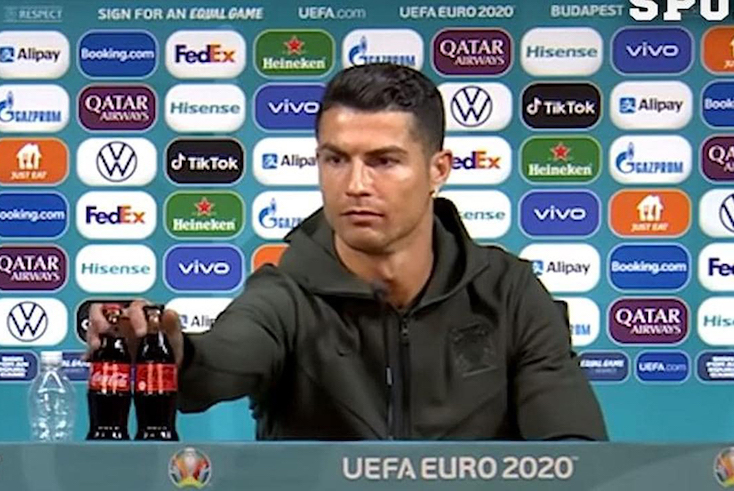 Personality-led content is more popular than ever. Football players are ready to capitalise on it.

Fan’s appetite for footballers has never been greater. A combination of access through social media and young fans choosing to follow players over teams, as shown by the fluctuations in social followings after high-profile transfers like Lionel Messi to Paris Saint-Germain or Cristiano Ronaldo (pictured, main image) to Manchester United means that players find themselves being a key source of entertainment, both on and off the pitch.

Social media platforms are also now more geared toward personality-driven content than ever as evidenced by the rise of TikTok, its influence on Instagram’s focus on Reels, and consumers’ preference for personalities over friends and family.

With that in mind, it makes sense that athletes themselves, publishers and right holders are going to play a big role in supplying content that will match the demand.

Personality as the secret social sauce

Of course, fans have always been interested in players, but in the era of Instagram, TikTok, and Twitch, that connection has become more direct and with more opportunities to showcase their personalities and interests.

It’s also more common now than ever, especially with younger fans, for their favourite players to not even play for the team they support. Yes, players’ pull with fans is influenced by their talent on the pitch, but also by their personality off it; not to mention their taste, their fashion, their opinion and their voice.

Today’s fans split their finite attention between YouTubers, TikTok trends, and influencers — all of whom refine their image to generate mass appeal.

Footballers have an opportunity to develop this same connection with fans. Although, at the same time, they’re competing for an audience with everyone, from their teammates to TikTok’s King Midas, Khaby Lame, who built an empire without even saying a single word

It may sound backwards, but often the key to getting engaging player content is to provide them with a platform to engage with topics outside of football — the antithesis of the traditional post-match interview.

Players, like fans, are not one-dimensional. They care about many things: gaming, music, fashion, family, politics… if you and I should not be defined by what we do for a living, why should they? Given a chance, a footballer will leap at the chance to discuss their love of fashion or music or even another sport. Suddenly, media interviews are not not a chore, but rather an outlet to share their thoughts about the things they love.

More importantly, fans want to discover more about them, as they are complex people too. They get an insight into the player they wouldn’t get if they were discussing their upcoming match and there’s a good chance the fans are going to be more engaged to hear about something new that they’re also interested in as well.

Manchester City legend turned streamer Sergio “Kun” Aguero is a great example of this. He started his Twitch channel during the Covid-19 lockdown of 2020, searching for a way to share his love for gaming and to connect with his fans. Two years later, he’s already streamed a huge 404 hours of original content. Aguero’s channel has been watched live for more than seven million hours which is the equivalent of having 90 sold out games at City’s Etihad Stadium.

The benefit to the player goes beyond having a good time, creative player-led concepts help them to build their own brand. Zlatan Ibrahimovic is the perfect example of a player whose brand goes beyond his on-pitch success and he has a huge social following to show for it. We’re seeing it, too, with the younger generation of players, such as Alphonso Davies and Erling Haaland.

But the value goes beyond creating a player brand, it’s about that player being able to act as a publisher and use their following to land lucrative commercial deals and leverage their audience in contract negotiations.

With some of the biggest players making more from commercials deals than their club contract, it’s not surprising we’re seeing more of them wanting to engage in brand-building content.

The increased profile can even improve their chance of making the next international selection (it does happen) as players, especially those not playing in their home country, want to stay front of mind with fans and managers.

Of course, there are few players who can do this themselves, some don’t know where to start: that’s where publishers and content specialists like us come in.

Whatever is the motivation for players getting involved in player-led content, I expect to see players taking centre stage more now than ever before and as we get closer to the biggest shop window of them all, this year’s World Cup.

Xavi Sanchez is the executive head of video for football content and media business at football and content media company Footballco. He recently joined after working for sports marketing agency Engage Digital Partners and the Walt Disney Company.