What FMCGs can learn from D2C brands’ media plans 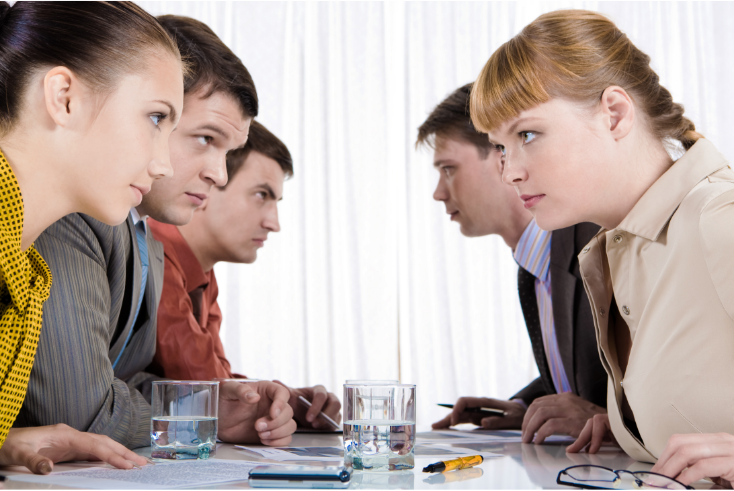 While big brands might want to behave like small insurgent brands, those newcomers would die for the balance sheets of their established rivals.

We work in an industry that is so easily seduced by the next big thing. Who remembers 3D printers, Pokémon Go or Vines?

But this seduction carries risks, not least that in the rush to the new it is easy to lose sight of the fundamentals and ask the wrong questions.

What if we first invert the question? By asking ‘What can direct-to-consumer (D2C) brands learn from fast-moving consumer goods companies (FMCGs)?’ – and focusing on what isn’t changing versus what is – we get to richer and more provocative vantage points.

And if you doubt this approach, it works for some. In 2019 Jeff Bezos noted that “I very frequently get the question: ‘What’s going to change in the next 10 years?’ I almost never get the question: ‘What’s not going to change in the next 10 years?’ And I submit to you that that second question is actually the more important of the two, because you can build a business strategy around the things that are stable in time.”

While big brands might want to behave like small insurgent brands, those small insurgent brands would die for the balance sheets of their established rivals. Let’s start by taking a leap into the financial and operational chasm that separates the two, and the risks involved as fast-moving consumer goods companies (FMCGs) look to learn from their online-only successors.

The economic backdrop of the last decade has created a unique set of circumstances that, combined, have led to a torrent of venture capital finance. D2Cs have been the major beneficiary, as investors look for the next big thing to generate eye-watering returns.

According to Crunchbase, during the first half of 2021, $288bn of venture capital was invested in companies. This is more than $100bn higher than any other half-year in history (the second half of 2020 coming closest).

This has had significant impacts on established FMCGs:

The takeout? Established FMCGs seeking to emulate the D2C playbook risk trying to impose a set of principles and approaches that are simply incompatible with their current business model.

For established brands the retail store is still their primary outlet. As Vizer founder James Hankins notes, this is a many-to-one model; buyers (the many) incur the cost of travelling to the store (the one) to purchase. The D2C model inverts this relationship: one primary outlet is replaced by fragmented demand fulfilment and near-endless consumer choice, so the company has to incur the cost of taking the product the final mile to the buyers (the many).

Recent research by Alvarez & Marsal demonstrates an inverse relationship between share of sales online and margin; as ecommerce penetration rises, margins fall. (Nike have experienced this as they drive growth in Nike Direct, with an increase in sales via the channel accompanied by a reduction in gross margins). While it is clear that revenue can be created through digital, profitability is an altogether different proposition.

The takeout? Established FMCGs that want to leverage the D2C distribution model need to be fully cognisant of the hidden costs involved, weighing the opportunity cost vs their traditional, albeit unfashionable, route to market.

FMCGs and D2Cs have a different approach to ‘digital tax’

For an established business, the media budget was traditionally used to drive reach, but is now straining to cover many areas. This can be called a ‘digital tax’ – the cost of doing business online.

Whether it is investment in SEO (optimises availability), PPC, affiliates (third-party selling your product), mobile and social commerce, review sites, third-party retailer listings (Amazon or verticals like The Hut), this digital tax doesn’t create demand – it directs existing demand to your brand. Byron Sharp asserts that search ads are just a form of physical availability. This digital tax makes your brand easy to buy, not easy to recall.

Critically, for D2Cs this tax is often baked into their business model, which (in direct contrast to established business) is focused solely on rapidly scaling at the expense of profit. For established businesses, media budgets aren’t going up, but what they need to achieve from them is. Arguably this digital tax is a very different type of advertising, if advertising at all, and should live in another budget line.

The takeout? Established FMCGs wanting to compete in the online retail space must budget accordingly. Finite budgets, often derived by precedent rather than objective, need to reflect the cost of doing business online.

FMCG and D2C models both rely on reach

At the outset, a D2C appears to have a different route to market. One that is relatively cheap and easy. There is pre-existing demand for their new, insightful and innovative product which can be efficiently converted with performance marketing. Established brands sometimes fall into the trap of trying to ape this approach.

However, as soon as D2Cs have exhausted that pre-existing demand they face a bigger challenge and turn to established brand tactics to create future demand. In short, they need to target customers who aren’t already in the market (often via engaging and emotional advertising in broad reach channels like TV).

Linear TV advertising investment by businesses born online has increased by 37% since 2019, with some categories upping their spend by as much as 279%. Analytics firm Nielsen and TV marketing body Thinkbox define online-born businesses as those which began online, with no prior bricks and mortar presence.

Reach is an expensive game, and D2Cs, reliant on marketing costs in their early period (which are cheaper as conversion is high due to that pre-existing demand) often find that the need to create new demand and convert it comes with a significant increase in the cost of marketing, overall cost base and an unprofitable model.

The takeout? Established FMCGs that want to employ new communication tactics, shifting budget from reach-building channels to more targeted or engagement-led channels, need to quantify the trade-off they are making.

Brand and familiarity are key to unlocking growth, whatever the model

Consumers preferred recognised brand names in the FMCG category in 2020. Larger FMCG brands saw penetration grow by an average 2.6 percentage points, whereas smaller brands grew by 0.6 percentage points, according to WARC. This is something of a reversal of fortunes when compared to a few years ago.

There are mitigating circumstances of course; the impact of Covid-19 likely nudged consumers to choose the safe and familiar, and distribution challenges led retailers to favour reliability. But perhaps the novelty of insurgents is wearing off?

The ‘case for brand’ and the effectiveness advantage it delivers is well documented. What is sometimes overlooked is that it is even more acute for driving digital sales and for ‘online-only’ brands. The traditional 60/40 rule of thumb looks more like 76/24 for online-only brands.

This chimes with Wavemaker Momentum research which shows that Priming Bias is higher among online buyers – 62% of online buyers already know which brands they want to buy. Anecdotally, the case for brand makes sense when physical cues don’t exist – explaining why so many digital brands embrace physical media forms like OOH and real life ‘pop up’ experiences.

The takeout? Established FMCGs have spent decades building and cultivating their brand. The importance of brand hasn’t gone away, if anything its importance has grown. Every media dollar moved from building the brand to converting a sale has a short- and long-term detrimental effect on communication effectiveness.

So finally, what can FMCG brands learn from D2C brands?

Let’s revisit the original question, because the business chasm aside, there is plenty to learn from the D2C way doing business:

These are just some of the smart tactics that FMCGs can learn from. But tactics is what they are. It’s easy to mistake them for a business strategy to be copied – to do so would ignore the fundamentals of marketing and growth so essential to the prosperity of established FMCGs, and the D2Cs that aspire to establish themselves.