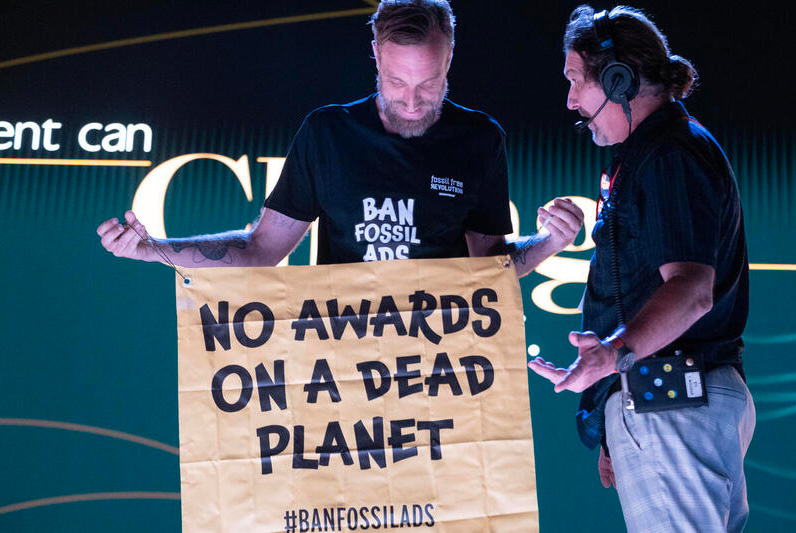 The UK’s advertising industry was given a central role on the global stage at Cannes Lions yesterday, when leaders from many of the largest advertisers and associations announced plans to adopt Ad Net Zero.

Major markets around the world will now roll out the initiative and commit to Ad Net Zero’s deceptively simple but powerful goal to make all advertising net zero by 2030.

The move has the support of all the major holding companies: Dentsu, Havas, Interpublic Group, Omnicom, Publicis Groupe and WPP, as well the global tech giants Google and Meta.

Launched in the UK in November 2020 by trade bodies the Advertising Association, ISBA and the IPA, the focus of the new Ad Net Zero group will be to rapidly establish plans for roll-out in major advertising markets with immediate focus on the US and the EU, working in partnership with the UK team.

The Ad Net Zero five-point action plan pledges to reduce the carbon emissions from UK advertising operations to net zero by 2030, with businesses committing to robust, verified plans to reduce their emissions. It also pledges to use the power of advertising to accelerate the switch to more sustainable products and services for consumers.

The UK programme provides a roadmap for development in other markets, with the flexibility to adapt and develop-market specific solutions. It offers tools readily available internationally, like the AdGreen carbon calculator to help to measure and reduce emissions from advertising production.

Unilever, one of the biggest advertisers in the world, was among the launch partners on stage. Speaking at a Meta event Aline Santos, chief brand officer and chief equity, diversity and inclusion officer at Unilever, said: “Today was a very important day at the Palais. We launched Ad Net Zero globally. We are trying to make all the ads to be green by 2030. We are shaking all the [industry] trees and provoking all the partners – companies, agencies, tech platforms – to put their houses in order and start to look at their own data. What is their carbon footprint?”

Santos added: “Many companies are already there but many have not started yet. As we say in Unilever, you measure what you treasure. We are trying to curb emissions by reducing the emissions that we normally use by advertising production. 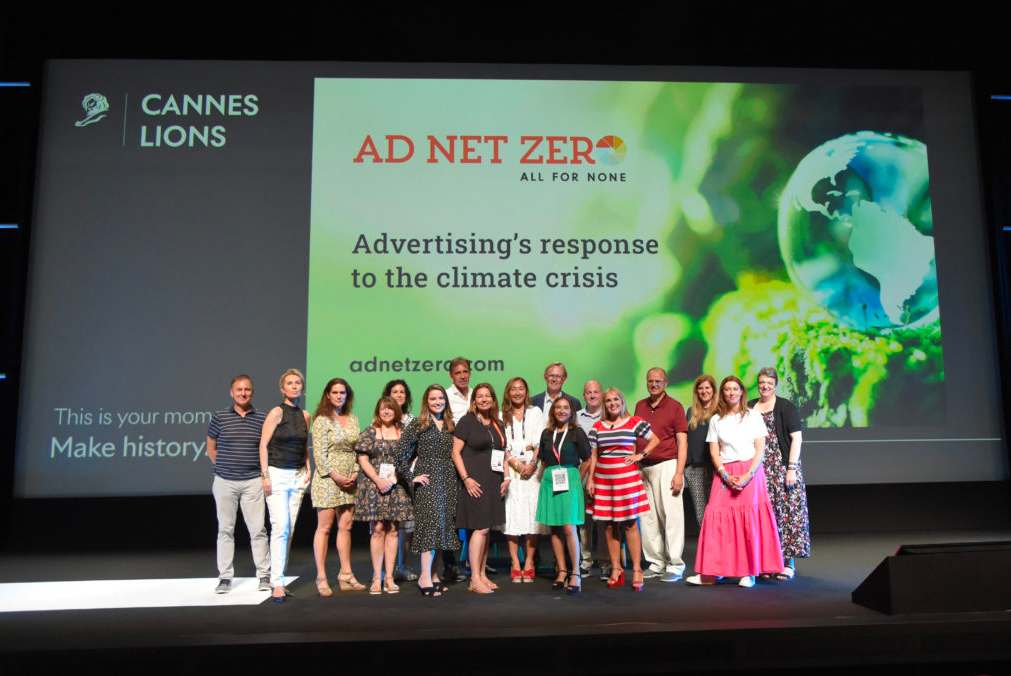 Unilever is committed to reducing emissions to zero within its own operations by 2030 and to net zero across our value chain by 2039, with the first priority being to reduce emissions in line with the 1.5 degree ambition of the Paris Agreement.

“Everything our brands do, and that our partners do on behalf of our brands, needs to be totally consistent with this aim,” said Santos. “As a founding member of Ad Net Zero in the UK, we look forward to the opportunity to apply the learnings and best practices from the UK pilot to shape its global roll out with the wider industry.”

One tricky area Santos targeted was marketing industry events themselves, like the Cannes Lions festival, the self-styled “largest gathering in the creative marketing community”, which attracts more than 15,000 delegates and thousands more suppliers and related sectors.

“Look at how many people travelled by plane to come to this festival, from Europe, US and Asia. It’s a huge carbon footprint we’ve created here. So, we are talking to [organiser] Phil Thomas –  what are the alternatives? People do need to connect but how can we do this in a more intelligent way?”

The third focus for Unilever concerns using its own marketing and well-known FMCG brands to inspire, educate and encourage people to adopt better behaviours and change to habits to ones that are more sustainable.

“We are marketers and our speciality is to change behaviours. It’s going to be a long journey but we need to start somewhere,” she said. “If you believe that marketing can be effective than you have to believe that we can effectively change consumer behaviour.”

No awards on a dead planet

However, for critics there is still much more work that needs to be done. A Greenpeace activist (who happens to be a former Cannes Lions winner and former boss of ad agency CP+B) interrupted the opening ceremony on Monday to call out agencies for working with the fossil fuel industry.

Gustav Martner (pictured, main image) took to the stage uninvited and returned his own Lion before unfolding a banner that read “No awards on a dead planet, Ban Fossil Ads!”

The activist accused the advertising industry of being complicit in spreading disinformation around the climate catastrophe and promoting their polluting products. 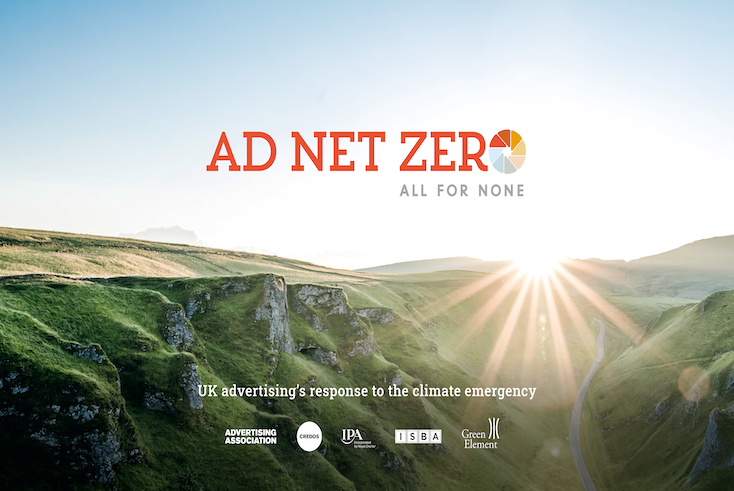 He said: “As a former head of a creative agency, I know the power of advertising and sponsorship in mobilizing people or distracting them from crucial issues. My job was to use my ideas to help polluters sell products that are killing the planet and the people.

“For too long, ad agencies have escaped their responsibilities towards the climate crisis, now they must cut ties with the fossil fuel industry. Cannes Lions claims to be the ‘Home of creativity’, I’m here to say there’s no creativity on a dead planet”.

The protest comes as 40 organisations are pushing a European Citizens’ Initiative (ECI) petition, calling for a new law that bans fossil fuel advertising and sponsorship in the EU.

Is net zero production too small?

Also speaking in Cannes, Enrique Alex, a creator and travel filmmaker, said: “We are not doing anywhere near close enough. I fear the concept of Ad Net Zero is a really easy way to make us feel like we are doing things, but it’s so small. For example, when you arrive at this festival I see all this cheese and meat; but we know such foods are among the biggest polluters of the world.

“I think for big companies like Unilever this is a very hard topic. You have a lot of brands and you use a lot of animal products – this is all part of the sustainability discussion. Not just whether or not you fly a crew to South Africa to shoot a commercial. The conversation is so much bigger. It’s a bit annoying because it affects us all. We need to change the way we think and at a personal level we need to take actions, from the things we eat and things we buy to the places we go.”

Ascential, owners of the Lions festival, has helped galvanise the international action to tackle the climate emergency. The next update will be presented at the Ad Net Zero Global Summit which will take place during 9-10 November, alongside COP27.

In the US, the initiative will be supported by trade bodies, ANA, 4A’s and the IAB, the WFA representing global advertisers, European and global agency associations, EACA and Voxcomm, and the IAA.

Arif Durrani is an international media consultant and freelance writer. He was previously Bloomberg Media’s executive editor for EMEA. @DurraniMix