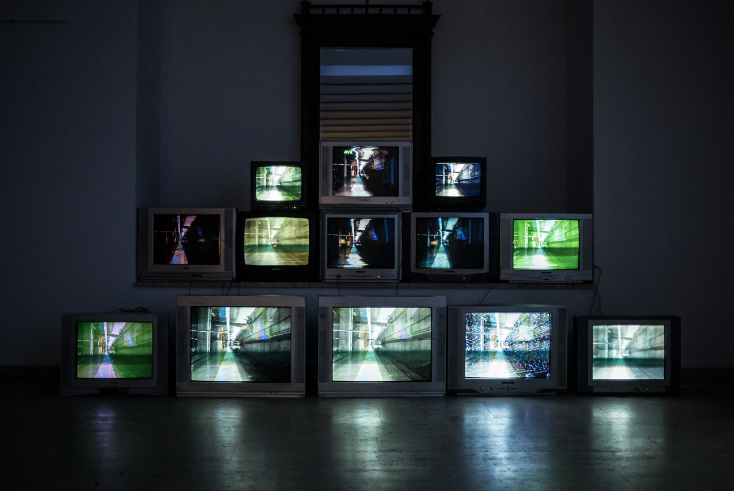 Ad tech has been a mixed blessing for agencies.  While it enables automation, efficiency, and data-focused audience targeting, we’ve arrived at a situation in which the programmatic playing field is so level it’s becoming almost impossible for an agency to stand out from its competitors.

Data is already a ubiquitous part of modern agency life. ‘TV data’ however is the new kid on the block; enabled by increasingly sophisticated content recognition technology, it analyses every word that is spoken on TV, whether during a programme or an ad.

On the surface, this may not sound much of a blessing to agencies that, already potentially feeling deluged by data, may be wary about introducing yet more to their planning systems.

But let’s look at the details.

Our ties to the small screen

There is no doubt that what we see on TV – whatever screen we’re watching on – influences what we say, what we do, what we think, what we buy, etc. Nothing new there – it’s the basis for TV advertising, of course, aided by the content of TV programmes themselves which also drives action: most of us can recall researching and possibly buying something on our phone having just seen it used or discussed on television.

But for brands it can be difficult to pinpoint which bit of TV content correlates to the increased website searches or sales. Was it an ad or a programme?  And if it was the latter, which programme and what conversation prompted the activity?

At this point a brand is highly likely to turn to its agency for analysis, and while the media plan provides details of ad slots, finding ad hoc references in TV programmes is another game entirely; it’s a task that often leaves the agency team with no option but to manually search through hours of TV content to understand the triggers that have led to a rise in digital activity.

With big-hitting programmes such as Love Island or The Great British Bake Off, it can be obvious why online sales of swimwear or matcha green tea powder (respectively) have soared overnight, but often it’s far less apparent – Stranger Things and peanut butter anyone?

And this is where TV data shows its mettle, and in so doing gives agencies a tool with which to carve out their own position in the market.

First up, TV data determines whether brand mentions are ads or programme content. Next, if it’s a programme, it provides details including the channel, the show, the time, and the context of the discussion that included the brand in question.

Knowing definitively what persuaded the audience to look up Adidas trainers or buy a power cleaning mop for example is valuable insight for agencies to present to clients and can be used to revise current activity to take advantage of the trend in question, as well as when creating future media plans.

But an unexpected increase in sales for an ethical skincare brand might not correspond to a direct reference to it on TV during the relevant time period; running searches for the general subject however reveals a programme feature discussing the environmentally-friendly beauty industry, which can almost certainly be attributed to the uplift in consumer interest.

Alternatively, it could be driven by visibility of a competitor, either through its advertising or it being mentioned during a programme.

This level of knowledge is also useful for agencies of brands that don’t advertise on television and might not automatically look to TV content to understand drivers behind changes in account behaviour.

Knowing what encourages audience engagement informs planning strategies, whether or not those include TV.

Looking at the big picture

But what if, rather than drilling down into the data to understand uplifts, an agency needs to explain to a client why consumer activity has been low?

This can occur during large events that are external to the brand; Pimms, strawberries and cream, and possibly tennis equipment, clothing, and lessons, may be in high demand during the Wimbledon finals, but the appetite for, let’s say, coffee machines is probably diminished as people focus on watching the sport.

However, correlating the client’s advertising activity and any discussions around coffee on TV programmes with shopping trends and patterns for coffee machines over a longer time period is likely to show this as an exception – with a clear explanation; this knowledge, made available with TV data, can be factored into future media plans (reducing adspend during this time for example).

Analysing media activations and consumer reactions in this way also provides an agency with the insight it requires to show that a TV campaign is delivering on the effectiveness vector (or that it isn’t and therefore needs reviewing, or at least tweaking, to drive better returns).

Zooming out from brand specifics, TV data viewed over time enables the general market to be researched and detailed, including recognising when a theme has moved from social culture to mainstream media.

Identifying trending discussion topics that are relevant (and possibly less obviously connected) to the brand, along with the channels and programmes that covered them, enables an agency to harness the TV agenda for future planning.

Analysis can also include details of when competitors are mentioned during programmes, as well as when they advertise – insight that enables agencies to develop client campaigns that maintain or increase share of voice.

Tasked with creating campaigns that drive recognition and sales for their clients, all while delivering returns on finite budgets, it can be frustrating for agencies to be limited to industry-standard data sets and technology platforms.

TV data however, which is unique to each brand, allows an agency to better understand customers’ behaviours, motivations and desires, as well as weigh up the competition and their strategies.  The ability to do this puts an agency back in the driving seat, enabling it to offer previously unavailable insight (and therefore new value) to its clients.

While that may not resolve every media agency pain point, it seems like a pretty good place to start.