Tolkien vs Lewis: Rumble in the Magdalen Jungle 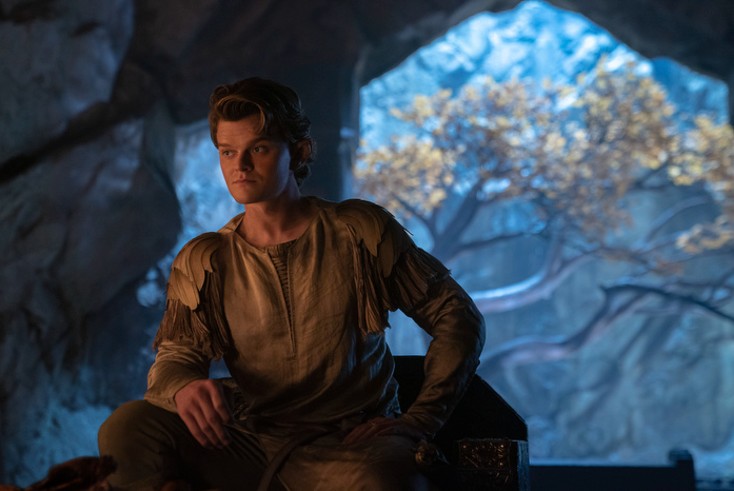 As Amazon takes a wrecking ball to Tolkien, how will Netflix handle the CS Lewis ‘Narnia-verse’?

Despite the (in the main) suspiciously similar adoring reviews and temporary block on Amazon online comments that greeted Jeff Bezo’s budget-busting Tolkien-lite prequel The Rings of Power (pictured, main image), you don’t need a Palantír to see the show is mired in a Dagorlad marsh of (largely) its own making.

Since the trumpeted 25 million global audience to episodes I-II was announced, news has been scant on how many people are actually watching The Rings of Power, in contrast to HBO’s House of the Dragon, which has seen ratings rise for the series, surely overtaking Amazon in terms of worldwide viewing.

And in the press, some previously supportive reviewers are growing restless with TROP as the show trudges tiresomely on.

Whatever you think of Star Wars (and I’m not the greatest fan), the contrast with Amazon’s crummy series is stark.

Budgeted per episode at around the same price as TROP, you wonder where Amazon spent their cash.

Not on casting, design, or effects by the look of it.

“You can type this shit, but you sure can’t say it!”

(Harrison Ford to George Lucas on the set of Star Wars, 1977)

And definitely not on the awesomely crap script by neophyte showrunners J.D. Payne/Patrick McKay and weekly excruciating Harfoot/Dwarf Rod, Jane & Freddy-style songs that pad out what may loosely be described as the ‘action.’

Dialogue includes some choice lines which Professor Tolkien would be unlikely to savour, such as:

“Are you just going to stand there, breathing like an Orc?”

“Our hearts are as big as our feet”

“There is a TEMPEST in me!”

“Find the light, and the shadow will not find you.”

“There can be no trust between hammer and rock. Eventually, one or the other must surely break.”

“Do you know why a ship floats and a stone cannot? Because the stone sees only downward.”

“I think you talk too much. And you smell of rotten leaves.”

“Enough with the quail sauce! Give me the meat and give it to me raw!”

Didn’t anyone have the stones to call out this ruinously priced dreck at development stage?

Apparently not — and now Amazon have the most expensive freshman writers project in TV history on their hands.

A couple of further observations:

Would it kill the proto-Hobbits to occasionally drag a comb through their rat’s-nest barnets?

Contrary to canon, the metal Mithril is the Elves bizarro-Kryptonite, so Gil-galad, Celebrimbor and crew are scheming to lay their hands on the motherlode in order to boost their superpowers/immortality/whatever.

Curious that Bronwyn (Nazanin Boniadi) is the only female Southlander that has access to make-up, clean clothes and a support bra, as all the rest are caked in filth and reduced to wearing shapeless rags.

Trapped in the Narnian Closet

How will Sarandos’ Narnia-verse rival pan (sic) out?

Will Netflix perform a similar trashing of CS Lewis’ original works — it appears likely, judging by the showrunner attached to the series.

Disney’s Coco/Lightyear writer Matthew Aldrich will serve as ‘creative architect’ so expect a more child-friendly tone than The Rings of Power, with lashings of ‘wokeness’.

His skimpy credits suggest that (as with Amazon’s Rings) Netflix prefers untested rather than experienced production talent, presumably so that they can exert more influence on the finished show.

Ring the changes, says I.

More female empowerment is probable — no bad thing (as Lewis was strictly ‘traditional’ in his views on women), plus more insight into the downtrodden lives of the talking animals, fairy-tale creatures, evil dwarves and whatnot that dwell in the wardrobe.

The Pevensie kids may be depicted as the entitled, snooty brats they really are, whilst we may finally get to see the horrific Under Siege II-style train crash that concludes the Chronicles of Narnia in The Last Battle (1956).

But hey, they can’t muck around with the truly evil White Witch…can they?

Expect a Maleficent-style sympathetic back story, where Aslan as the head of the Narnia patriarchy pushes Jadis (the Witch) too far (to paraphrase Gremlins 2), forcing her to go postal on the furry feline and his fawning (sic) subjects?