The Meghan obsession: Jeremy Clarkson is the symptom, not the disease 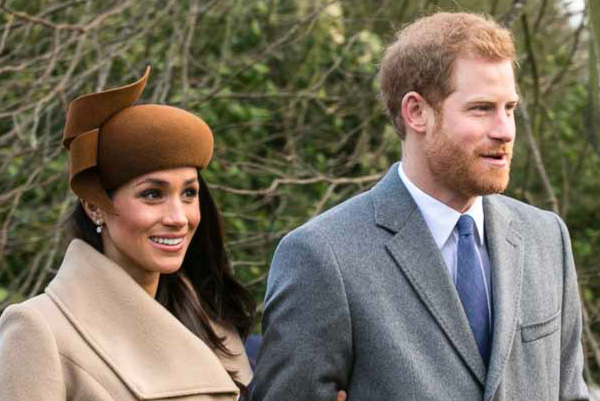 Hateful hit-pieces in newspapers are nothing new, but who gets the most out of behaving the worst when newsbrands appear to go after celebrities?

If you’ve got as far as clicking on the link to this piece, I salute you — with every newspaper, magazine and website jam packed with op-eds and news stories about the Harry and Meghan documentary that landed on Netflix this month, you’d be forgiven for being completely sick of it all.

As a journalist who sometimes writes about culture and lifestyle, it’s something of an obligation to watch whatever show is currently going viral (although, I have to admit, I’m currently woefully behind on White Lotus… don’t judge me) because it’s excellent fodder for articles. Further to that, as a journalist writing about the media industry for The Media Leader, watching and commenting on the show isn’t just an obligation, but a necessity.

Regardless of what you think of the couple — the decisions they made about leaving the royal family and the work they’ve chosen to do in the years afterwards — it cannot be denied that they have been vilified by the press. For anyone who’s still skeptical about this, all you have to do is look at the evidence.

Jeremy Clarkson’s particularly hateful Sun column last weekend, in which he claimed to fantasise about Meghan being paraded naked in public while people throw faeces at her, is unfortunately just the latest in a tirade of brimestone directed at this woman.

WTF is this ??
I don’t care who you are or who you work for you simply can not write things like this. It is a blatant appeal to incite humiliation and violence on a woman. Some have excused it as dark humour. There is mo joke here @JeremyClarkson and no excuse. https://t.co/ewU8bnykhj

It’s not just the yawn-worthy and irrationally hysterical “she’s leading Harry astray!” narrative that we’ve all seen plenty of. It’s the more insidious, harder-to-spot-unless-someone-points-it-out stuff that has wormed its way into the minds of the British public and left them with a bitter taste in their mouths.

The case that springs to my mind here is the starkly contrasting way in which the press speak about Meghan and Catherine when they’re doing very similar things. The way they spoke about Meghan during her first pregnancy, for example, compared to the way they spoke about Catherine during her last (which were just over a year apart). Whilst Catherine was praised for “cradling her bump,” Meghan was accused of being “vain” and “prideful” for doing exactly the same thing with hers.

Another is the way Prince William was praised for bringing Catherine avocado to ease her morning sickness, whilst “Meghan Markle’s beloved avocado,” is linked to “human rights abuse and drought.” These headlines were both from the same paper, by the way.

And it doesn’t stop there. Just a quick glance at this article shows how differently they’re treated by the press.

Who’s really responsible for this?

What I’ve been strewing on over the last week, however — both after watching the first three documentary episodes and observing the media’s response to it (which was, predictably, outrage) — isn’t just the way they’ve been treated, but who within the media is really responsible for it.

Of course, for the person on the receiving end of media abuse, whose fault it is seems obvious — it’s the person who wrote the words whilst hiding behind their computer screen. In my experience as a newsroom journalist, though, I’m not actually sure this is true.

Most of the journalists I knew who covered this kind of news were young women who didn’t have particularly strong feelings against Meghan Markle. They were just staffers earning a dismally low wage, writing the pieces they’d been told to write by their more powerful, (usually) middle-aged male editors.

I think the big question here is, who gets the most out of behaving the worst? It’s certainly not these in-house journalists. It’s the well-established and already successful ones that know they can make even more waves (and cash) by weighing in on a subject that is highly controversial (Piers Morgan and his unhealthy obsession with Meghan springs to mind, as do the likes of Dan Wootton and Richard Palmer).

It’s the financial directors that sign off on astronomical photography budgets, making getting a photo of Meghan by any means necessary — even if it compromises her safety and privacy — an extremely lucrative job for paparazzi photographers.

But most of all, it’s the newspaper bosses — the Rupert Murdochs and Lord Rothermeres of the world — who know that sensationalism and gossip sells, regardless of whether it’s fair or true.

To the people who are busy flinging accusations at Harry and Meghan for making money from their own story (their Netflix deal was reportedly worth $100m), I’d present this challenge:

What’s worse? These royals making money for speaking in their own words, or newspaper bosses with a history of bigotry choosing to share glorified and sensationalist headlines that aren’t necessarily true about people they don’t know because they know it’s going to make them money?

Regardless of whether you like Meghan or not, there’s no denying that the press has bullied her and that the people who are really to blame are the ones within the system who stand to gain the most from doing so.