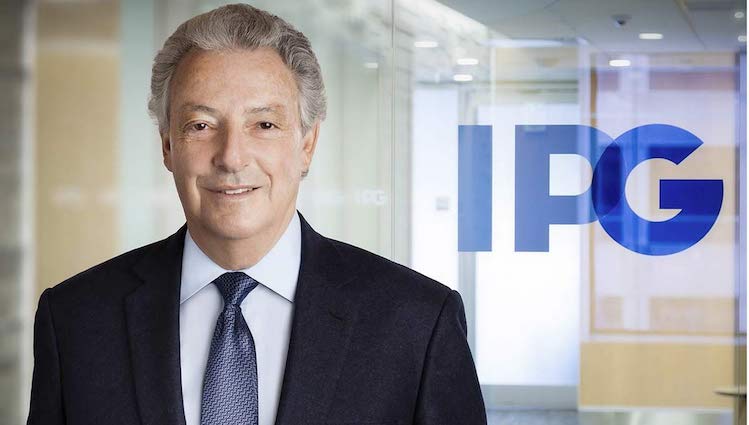 What does the future hold for short-form ads? Dominic Mills looks for answers and assesses the legacy of IPG’s outgoing CEO

IPG’s announcement last week that chief executive Michael Roth is stepping down was much in the manner of his stewardship of the holding company over the last 15 years: quiet, under-stated and free of fuss — quite a contrast to the drama and self-regarding triumphalism surrounding the exits of a couple of his peers in the last few years.

It was, in effect, a blink-and-you-missed-it exit. Chatting by coincidence to a couple of IPG agency staffers last week, none of us even thought to mention it.

In fact, like Publicis’ Maurice Levy, Roth is stepping down to step up — to chairman. But, one suspects he will be less the back-seat driver and more the confidante and wise counsel to his successor.

We shall see, but in any case it’s worth remembering that, when Roth took over in 2004, IPG was, if not a basket-case, then a wounded beast lacking identity and dynamism — despite a handful of power-brand operating companies like McCann and Initiative.

Such was its decline that it was hard to remember that IPG had not only invented the holding-company concept, but for many years been far and away the industry leader.

In 2003 it settled a class-action lawsuit from disgruntled investors; shortly after it had to restate its earnings after finding mass accounting errors; and over the next few years it slimmed down — while all its peers went on acquisition binges — by selling off 50+ entities.

There had, in short, been a collective fiddling of the books, which not only gets you in big trouble, but also points to a toxic and corroded culture.

The fact that Roth was a financial guy — a tax lawyer, no less — only encouraged the harbingers of doom. He had no chance and might as well break IPG up now rather than have it forced upon him, the industry said.

He even once told an interviewer: “I grew up wanting to be a tax lawyer.” No wonder his appointment drew scorn and myopic bemusement in equal measures.

And yet, despite the fact that it is no longer #1 by size, Roth arguably leaves IPG in a better place than its peers, less sprawling, more focused and, in the form of Acxiom, with a $2 billion bet on data.

Plus, its Q3 results, also published last week, suggest it is withstanding Covid better than its peers, with income down less than expected. Its shares are down 22% vs a 37% average for the industry.

His successor Philippe Krakowsky, by the way, cut his IPG teeth running IPG’s Mediabrands unit. Make of that what you will.

The long and the short

Let me be clear: this is not an item about long-term/short-term/Lesn’Peter/60-40 and so on. No, it’s about ad lengths and content lengths too.

Why? Two things. One, a piece in Marketing Week asking whether Tiktok or Reels-type ads will be the TV ads of the future. This is code, with the real suggestion being that the 30- and 60-second ad is dying.

The second, news of the demise of Quibi, a much-hyped and well-funded streaming start-up aiming to produce original, premium, short-form content for mobile phone consumption — very on trend.

On the face of it, these two stories point in different directions.

The Marketing Week piece, is based on the premise that as we consume more and more TikTok/Reels-type content — 10-/15-/20-seconds long —  so the ads will follow. But the Quibi story leads us another way: to the matter of whether there is limited appetite for some types of short-form content.

It’s not clear yet why Quibi failed. It could be a victim of Covid; it could be that there are simply too many streaming services out there; it could be that its content wasn’t that compelling; that its business model was flawed; or that there is limited appetite for short-form content, which is already taken care of by TikTok, YouTube and the like.

It’s hard to know. Netflix has certainly moved towards more short-form content (shows like Special and Bonding), as has the BBC with State of the Union. But we don’t know how successful these have been.

Personally, I’m unlikely to watch anything longer than one to two minutes on a phone, and it has to be funny or entertaining. Conversely, if I’m watching on the big screen I can’t be arsed with anything less than 30 minutes. But that is perhaps an age or generation thing.

Which leads us to the question: If, or when, short-form content becomes more ubiquitous, what happens to the ads? Do they follow suit?

You could argue this either way. Ads that are completely out of kilter, time-wise, with the content they surround, are not likely to register. Equally, you could say that an ad that is different, both to other ads and its surrounding content, might stand out more.

In fact this is an old debate. Remember Vine and its ultra-short clips? Before Twitter killed it off a few years ago, there was much speculation that Vine-style ads would become the norm.

They didn’t, but all those who pontificated on this missed the obvious: that sponsorship idents (which have been around 25+ years) and digital OOH are all about 5-/10-second ads. Short-form was already with us.

That is not to say we won’t see a lot more. But it’s hard to believe that short-form ads will be effective in and of themselves and will kill off longer-form commercials. They will surely work best as part of a mixed bag, combining long and short.

This is not the place to dwell on the state of U.S politics, but one thing that has characterised Congress in recent years is that it has been unable to agree on anything — except that they hated each other.

Until now, that is. In a remarkable show of unanimity, U.S lawmakers have come together to cheer the Department of Justice’s lawsuit against Google.

Here’s a good piece in the New York Times, explaining why Republicans and Democrats have found something they can all agree on. This particular hare has been running for some years now in fits and starts. And it will continue, but the momentum looks like it will be sustained regardless of who sits in the White House or how the party balance shifts in Congress.