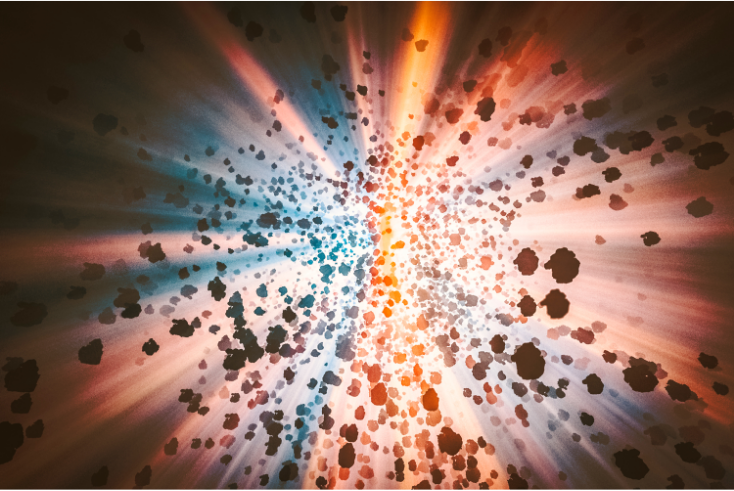 Creative and media are finally getting back together. Just not in the way we imagined it would.

In the last week of 2021, TikTok was confirmed as the biggest website on the planet, while Minecraft content on YouTube hit a trillion views.  Online creators are building individual publishing powerhouses and vibrant communities in an explosion of connected creativity.  They are now masters of their own destiny, in charge not only of the content but increasingly their audience and the means of monetising them, no longer holding out for scraps from GAFA.

This has huge implications for the commercial eco-system that challenge several of the underlying assumptions that underpin the attention economy.

The first implication is an obvious one. If you thought fragmentation of media had peaked, you ain’t seen nothing yet. Individual creators are commanding huge depth of attention for audiences both broad and niche. They are driving fragmentation on an epic scale.

The best of these independent publishers are earning a living without requiring permission from the traditional gatekeepers of culture.  They aren’t just broadcasting to an audience, they are building communities of real depth, creating feedback loops of the kind described vividly by Zoe Scaman in From Frameworks to Flywheels, and executing community-driven commerce across platforms in a way that only the most progressive brands can dream of.

New Rockstars, a creator collective whose talent regularly get invited onto Good Morning America as the voice of Marvel fandom, run incredibly successful merch businesses selling direct to their community (and do so with the full blessing of Disney).  They are recognised as a key part of the cycle of content and fan reaction within the MCU content ecosystem.

John V Willshire’s IPA Excellence Thesis, The Communis Manifesto, predicted in 2008 much of what we’re seeing right now.  A web made up of communities who set the direction and build the content that takes flight, leaving many brands as by-standers unless they find an authentic way to join in.

The brand communications which evolved in the mass media era are becoming more and more ineffective at changing peoples’ perceptions of companies and brands.

The connections people make and communities they form nowadays are increasingly where they source their information; people are influenced most by people and communities.

I believe that the future of brand communications lies in finding a way to become part of communities, and communicate with them in a way that is shared, participatory and reciprocal.

In this way companies can affect peoples’ perceptions of them, and make all of their brand communications more effective.

The second challenge is that the system is no longer purely advertiser funded – the smallest most niche creator can find an audience and monetise it directly through the likes of Substack, Patreon, Shopify or MightyNetworks.  Every one of them has a community and is connected with that group directly.

Creators are building ecommerce capabilities with full ownership of their brands and data. Patreon founder Jack Conte called it the ‘Lego-isation’ of creative businesses, with new software solutions enabling Creators to sell merchandise, accept donations and offer membership services to their fans.

Community platform MightyNetworks found that in 2021, direct revenue among its creators was up 175% vs. 2020, while the number of paying subscribers to their content doubled.  Creators will still take ad dollars for now, but their sights are set firmly on a more direct model.

All of this is underway before we even consider the possibilities for tokenised membership, in which fans can invest in their favourite creators in return for exclusive content and shared upside.

The third reality is that, except for OOH and arguably radio, commercial ‘broadcast’ channels really are facing long-term decline in the years to come.

We’ve all heard the ‘death of TV’ narrative before of course, which has long been proved a fallacy. Broadcaster TV continues to command the biggest single chunk of adult video viewing time by some distance. It’s not going away any time soon and remains the most effective way to build brand equity and drive performance in both short and long-term.  But you only need look at the falling share of 16-34 TV viewing from Thinkbox’s video viewing research over the last few years to see the future media mix looks radically different.

Broadcaster TV holds over a third of their viewing time, while YouTube and SVOD continue their march onwards. 2020 is the last available period for their report, in which TikTok held 3.5% of total video viewing time, rising to 9.3% for 16-34s. Now it’s the biggest platform on the planet, you can expect a further increase once the 2021 data is released in March.

To suggest that younger audiences will revert to type as they get older is doubtful.  The genie is well and truly out of the bottle.

This is not to say we should all become social media maximalists. Rather that we need to recognise and prepare for changing roles of channels as things continue to evolve.

For example, Whalar’s neuro-scientific study found that TikTok now acts as a priming channel for emotional buy-in for younger audiences, while making other channels (including TV) more effective at driving recall further down the line. That priming effect is exactly what TV has been so strong at for so long as the primary entertainment channel.

Different channels will always perform different roles on the plan, which is why you always need a complementary mix.  There will never be one channel to rule them all.  But as the gap in media behaviour between older and younger audiences continues to widen, the tasks assigned to channels will need to shift in line with their roles in people’s lives.

As highlighted by Faris Yakob in Paid Attention, the traditional value exchange model (pictured, below) – the assumption that people will accept being advertised to in exchange for free content – is breaking down.  Most advertising is seen as annoying, intrusive and unhelpful.  We keep trying to use the interruptive models of the past when a two-way street is possible.

The audiences that advertisers most desire aren’t hard to reach, but they are increasingly hard to engage with.  Their Netflix is streaming, their Spotify is set to premium, and they don’t want interruptions. Meanwhile, even the best creators aren’t getting rich off interruptive advertising as most of that revenue goes straight back to the pockets of the platforms.

All of this makes communications planning a lot more difficult than in the past.  It is not to question the importance of reach and penetration.  But how you achieve it isn’t as simple as it was.

Byron Sharp’s How Brands Grow was written a decade ago and so inevitably contains some assumptions about how you go about driving that all important mental availability, that are worth re-examining in the current landscape.

The end of one-size fits all comms will make it increasingly difficult for people to share the same meaning when it comes to a category and a brand’s relevance to it.  However, shared understanding is still possible.  There should be a consistent playbook for the brand idea, its tone and behaviour, that can be executed in multitudinous ways across diverse communities and different forms of creator expression.

Performance marketing is under a similar pressure with the imminent demise of cookies and the shift to IOS 14.5 crushing the ability to detect browsing behaviour on Apple devices. Agencies are devising ingenious workarounds, led by first party data, and leaning into the social ecommerce revolution.

But not every brand is going to be a DTC unicorn.  People don’t want relationships with that many brands.

We are going to have to face the reality that what worked for brands to garner attention and keep it yesterday isn’t going to necessarily work today.  We need to work in the direction of the content being built and not against it. 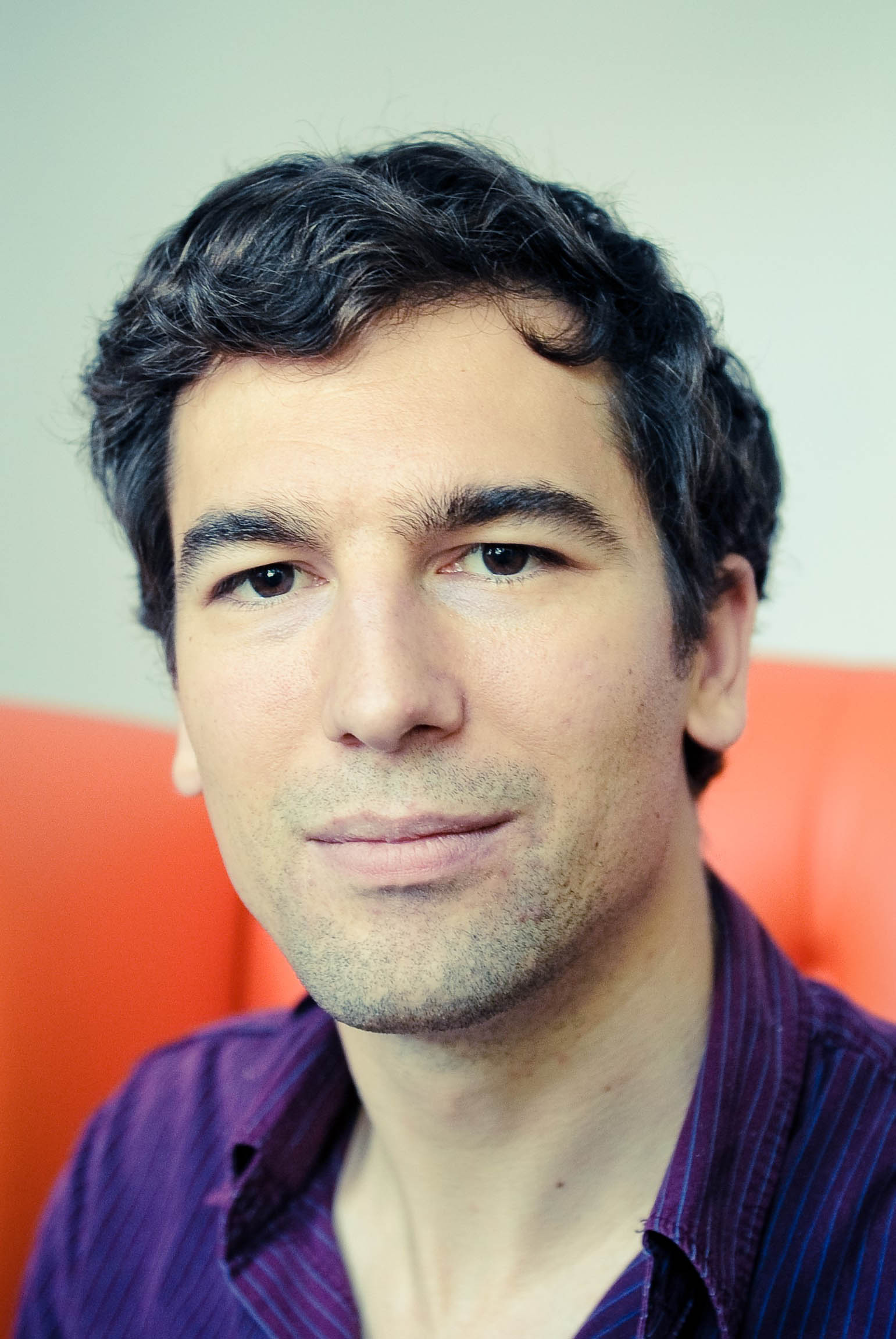 This requires orchestration – not just across channels and platforms, but across people.  For starters, we are going to have to get to grips with an entirely new messaging cycle, one that is deployed quickly, responsively and in tune with the conversations that are happening at a human level compared with the broadcast approach.  Not ‘always on’ but certainly ‘always relevant’.

The collapse of the traditional purchase funnel allows for brand and activation to be delivered simultaneously which is a huge unlock for a more balanced value exchange.  Executed thoughtfully, commercial messages can be bundled within creator entertainment in ways that enhance the community relationship rather than distracting from it, re-imagining the value exchange as a win-win for brand, audience, and creator.

This revolution – and it is a revolution – may have been unlocked by self-publishing technology, but ultimately it is people-driven.  It requires intermediaries who can translate a meaningful brief for people whose community may share very little in common with those gilded brand objectives.

This requires a completely new model for the creation of messages and their placement in media. Instead of making something beautifully polished that lives for a few weeks, the emphasis needs to be on igniting a creative cycle that can be expressed authentically among different communities. Less focus on virality as a one-hit wonder and more focus on sustained engagement within a more narrowly defined arena.

The trick will be to then multiply that success many times over into many different verticals to deliver both reach and depth of messaging. Agencies that can match the speed of execution of the creators that brands will need to work with in a way that is ‘shared, participatory and reciprocal’.

The agency of the future will start with community first, listening to what is gathering momentum and executing rapidly against it.  Mining cultural insight – what people find interesting, entertaining, or useful – and then seeing where the brand might play a role, rather than the other way around.

Agencies that ask, what does a vibrant, exciting brief look like from the creator perspective? How do we create ‘shared meaning’ that also allows for infinite expression and individual creativity? How can we translate that brand idea into something that lives and breathes in community?

The very existence of marketing communications is to help companies have a role and position in culture. The best creators intuitively understand the new rules of engagement and don’t think in linear campaign modes. They can translate what clients want by expressing the brand in interesting ways that culture will actually give a shit about.

We’re still on the starting line of what’s possible and that’s the most exciting thing about the intersection of creativity and community right now.

Simon Harwood is head of strategy at the7stars