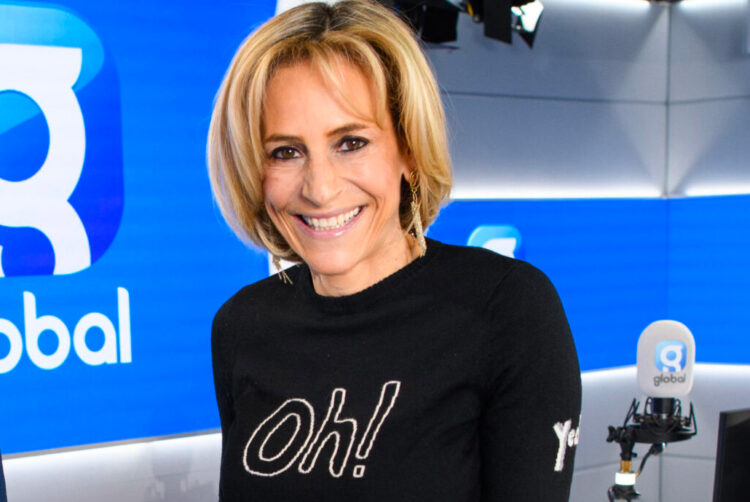 Whether it’s making the BBC more accountable, or improving journalistic standards against the tide of populism, Emily Maitlis needs to be heard.

Some Edinburgh MacTaggart lectures, particularly these which strive for some gee whizz vision of the future, are history before closing time on the day of their delivery.

Others grounded in experience and knowledge raise troubling questions affecting all of the media that open up a continuing debate about unresolved troubling issues.

Emily Maitlis, the former Newsnight presenter who launches her new podcast The News Agents with Jon Sopel this week, is definitely in the second category. It was all in the title:  “Boiling Frog: Why we have to stop normalising the absurd”.

The headlines Maitlis garnered were obvious and correct. It has long been reported that there is an “active agent” of Conservative influence within the BBC board, to use Maitlis’s description, who has been accused by the Financial Times of trying to interfere in senior BBC editorial appointments.

It is highly likely that Sir Robbie Gibb, former BBC news executive and head of Downing Street communications, if he has been guilty of such behaviour, would regard it as a compliment and a necessary resetting of an old imbalance in favour of more Conservative values in BBC reporting.

Following the Maitlis MacTaggart, the former Labour Cabinet minister and senior BBC executive James Purnell came forward to reveal how his appointment to the BBC board had been blocked because of his Labour connections. This despite there never having been any evidence that Purnell allowed his political instincts to influence his BBC decision-making.

There is probably only one way ultimately of ending such political shenanigans at the top of the BBC — giving an independent body, which could perhaps be Ofcom, the job of appointing the chairman and independent directors of the BBC.

It’s not too late for the BBC to listen

Maitlis also highlighted what many had commented on before — the shortcomings of BBC journalism during the EU referendum campaign and a continuing failure, almost on a daily basis, to report the continuing social and economic consequences of a Brexit that is far from done.

She summed it up as the “Patrick Minford paradigm” that it could take producers five minutes to find 60 economists who feared Brexit but five hours to find a sole voice who espoused it.

In the end what was then presented to the viewer was “both sideism” — one economist representing each side of the argument. “We presented this unequal effort to our audience as balance. It wasn’t,” Maitlis argued.

In fact, superficial balance, or as others have called it, “false equivalence”, serves to obscure the deeper truth.

All of this is already well known, but it was important for someone of Maitlis’s weight and extensive BBC experience to say it publicly.

It is not too late for the BBC to listen to Maitlis and realise that every time the impact of Brexit is air-brushed out of BBC coverage — everything from havoc at Dover and the collapse in exports to sewage discharges and the fact that British growth is now the lowest in the G20 apart from Russia — an element of trust is lost.

And to anyone wondering why all of this debate seems stuck in the Brexit and Trump days, that was easy to explain. It is because: “these two seismic shifts have not been and gone. They’ve come and stayed.”

Brexit is not done and Trump is still talking of running again for president in 2024.

Solutions to the ‘boiling frog’ problem

So much for the headlines. The important issue for journalism is how journalists behave like frogs in gradually boiling water and allow themselves to acquiesce in the normalising of the absurd, thereby helping those purveying populism.

And populism is, according to former Foreign Policy editor-in chief Moises Naim, best understood “as a strategy for gaining and wielding power.”

As Maitlis explained, there are many studies on how the media have helped populists to power, particularly via the simplistic, emotional messages transmitted by social media.

Cambridge academic Ayala Panievsky has looked at how populist rhetoric has been used to discredit and disempower journalists. In this scenario even the right of reply, in the apparent interests of balance, is used to get their message across while at the same time putting journalists in their place.

“Journalists under attack end up practising bias in order to signal their balance and impartiality. It is she believes, a coping mechanism. We do it to ourselves,” Maitlis argues.

Maitlis does come up with a number of possible solutions to the problems of boiling frogs and the normalising of the absurd.

One is to let as much sunlight as possible into journalistic process to show the pressures journalists are under. She could have added that media organisations should also be more accountable.

As Roger Bolton, the outgoing presenter of Radio 4’s Feedback programme, said in his swansong, BBC bosses refuse to turn up to answer listeners’ criticisms far more often than they accept. As Newswatch presenter, I had exactly the same experience.

“The BBC belongs to all who pay for it, not those who are paid by it,” and, as a result, the BBC is disrespecting its listeners.

According to Maitlis, greater care should be taken over language. For example, Alex Jones is not “a conspiracy theorist”. He peddles nonsense to make money from subscribers to whom he then sells dietary supplements. It is a business plan.

Beware the parallel that is not remotely parallel, such as the FBI raids on Trump’s Florida home being compared to Richard Nixon’s burglary at the Watergate building.

Be on guard when you hear the likes of Trump, Nadine Dorries or Boris Johnson talking of witch-hunts or the deep state.

“This is often a precursor to the rejection of legitimate checks and balances. We should ask why they’re so afraid of scrutiny,” Maitlis said before the likely next Prime Minister of this country, Liz Truss, pulled out of an agreed television interview with Nick Robinson.

Journalists should also stop giving too much automatic respect to Tweets. They should receive the same level of scrutiny as any other form of editorial content.

As Maitlis moves on to a newish form of journalism where she promises to lift the curtain on why things happen, there is one final exhortation for colleagues everywhere: “Journalists do not necessarily have to be campaigners, but neither should they be complaisant-complicit onlookers.”