Don't bother with 'liberal bias' claims about the BBC without evidence 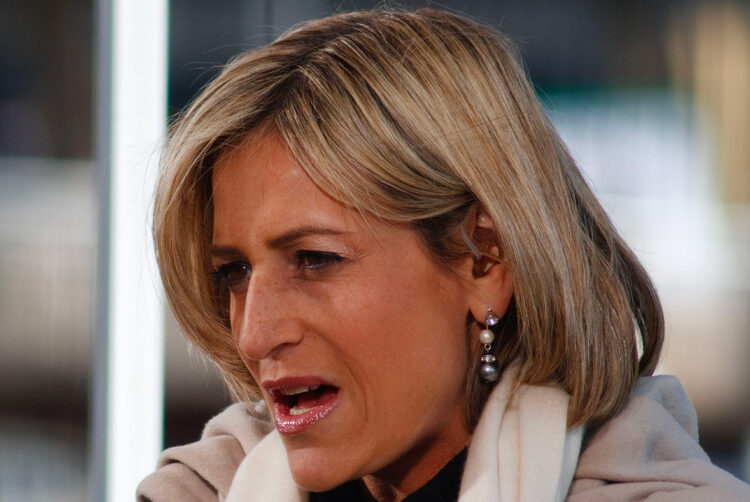 A recent interview shows the BBC chairman Richard Sharp believes in the importance of the BBC and the licence fee, but where is the actual evidence for claiming it has a ‘liberal bias’?

Richard Sharp, chairman of the BBC since February 2021, may have many worthy qualities but self-awareness does not rank high among them.

He drops casually, or is encouraged to drop casually, a single explosive sentence into the first interview he has given since taking up the post to John Arlidge of the Sunday Times.

Sharp agrees that “the BBC has a liberal bias.”

No discussion. No evidence. No justification for such a remark that could great comfort to those so determined to undermine the BBC in its centenary year.

Naturally, the remark was highlighted by the likes of The Sun and The Daily Mail obscuring many other interesting comments by Sharp in the exclusive interview which was strangely “relegated” to the Culture magazine of the Sunday Times rather than appearing in the main paper.

What must those journalists routinely risking their lives in the Ukraine, or now reporting from amongst the gangsters of Haiti, think when they are treated to a generalisation by their chairman that they must by definition be part of the BBC’s liberal bias.

There is a basic problem with Sharp emitting what he obviously thinks is a truism. There is absolutely no evidence that it is true in any systemic way.

All the academics who have looked at the issue have found no evidence of institutional bias at the BBC — as opposed to individual errors of judgement under pressure of the sort that happens in any news organisation. Then there is the usual online noise accusing the BBC simultaneously of displaying right-wing or left-wing bias.

The nearest Sharp comes to adducing any evidence of this rampant liberal bias is to say that Emily Maitlis was “wrong” to begin a Newsnight bulletin in May 2020 by saying “the country” could see that Dominic Cummings had broken lockdown rules when he drove to Barnard Castle “and is shocked the government cannot.”

You may want to quibble at the use of the all inclusive word “country”, but in general Maitlis was right to come to such a conclusion and she was merely stating a fact believed by the vast majority of the population then and now.

Driving to Barnard Castle to see whether his new glasses were working. Please…

It is no coincidence that Maitlis, one of the most talent broadcast journalists of her generation, no longer works for the BBC.

Could it be that the BBC chairman sees a liberal bias because he has a Conservative bias of his own — whether deliberate or unconscious?

After all, the former merchant banker was a Conservative supporter who donated £400,000 to the party in the past and worked as an adviser to former Prime Minister Boris Johnson when he was Mayor of London.

Of the Prime Minister who became the first to be fined for a criminal offence while in office, and who has lied repeatedly inside and outside of the House of Commons, Sharp says: “I wouldn’t count him out. I don’t think he is done.” Not a word of criticism.

There is one important bias that many believe the BBC has been guilty of over the past five years, with no shortage of evidence, and that is the ignoring or downplaying of the negative impact of Brexit.

Perhaps Richard Sharp does not see this bias, which has been blatant until recently, because he voted for Brexit — something that says little for his judgement as things have turned out.

Sharp and his director-general Tim Davie, a former Conservative councillor, talk of a ten-point plan on impartiality, anti-bias training and reviews of news out-put to tackle this infestation of liberal views at the BBC.  Presumably the plan includes classes to tackle any sings of unconscious bias.

If so, then both Sharp and Davie should enrol to ensure that, despite their best intentions, unconscious right-wing bias might not creep into their decision-making.

There is another word, or concept that the BBC chairman has a problem negotiating – campaigns — as in the BBC cannot be “ a campaigning institution.”

It’s approach has to be “to present the facts and not lead with a broadcaster’s opinion”.

Yes but, at the same time, Sharp praises the BBC’s exposure of China’s brutal suppression of the Uighur people.

What is a campaign other than the repeated exposure of obvious atrocities when doing it once is rarely enough.

And what if all the known facts lead in one very obvious factual direction can conclusions really not be drawn? It’s usually called “analysis”.

For all that, the interview shows that Richard Sharp is making a decent fist of being BBC chairman — at least in the context of the nature of this Conservative Government.

As he notes sardonically the Government’s first choice as chairman was the former Daily Telegraph editor Lord Moore, who does not believe in the licence fee.

By any standards Sharp, who believes in both the importance of the institution and the licence fee (or a household levy equivalent) is indeed not half bad by comparison.

He admits that he overestimated the fat in the BBC and now describes “our operating margins and cost base as world class” and does it on an income that is 30% lower than a decade ago in real terms.

Sharp is currently trying to persuade the Government to take on again the £350m a year cost of World Service Radio — one of the wonders of modern media.

As he was once the boss of Prime Minister Rishi Sunak, he might have a better chance than most of succeeding.

Sharp reveals that the Government taste for decriminalising the licence fee, which could have cost the BBC up to £1bn a year, is mercifully now off the agenda.

Sharp acknowledges what many have argued for years: the BBC is at the heart of a broadcasting ecosystem that is vital to the UK’s globally competitive creative industries that collectively generate £100bn a year.

“Defunding us, attacking us, damages a sector where Britain has an edge. We need to get our message across. We need to shout louder, I will,” says the BBC chairman.

Great plan. But, at the same time, it might be a good idea to talk a little less about damaging claims of “liberal bias” at the BBC until he can produce robust evidence that there is such a thing.