Snoddy: COP27 coverage is a tale of two media 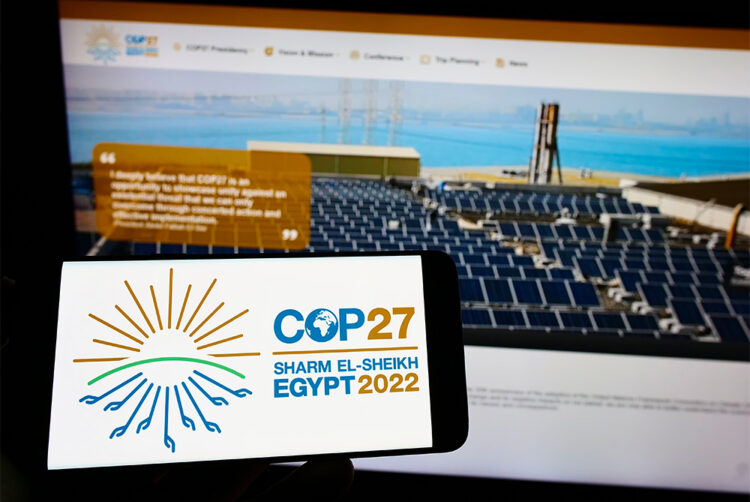 The UK’s broadcast media are making a much better fist overall of the coverage of COP27 and climate change than the news brands.

Antonio Guterres, secretary-general of the United Nations, made a powerful and emotional speech this week at the opening of the COP27 conference in Egypt.

He appealed for an historic pact between the developed and developing countries to combine to pivot the world towards reducing carbon emissions and transforming energy systems to avoid “ a climate catastrophe.”

The UN secretary-general also warned that the impacts of climate change were here and now and could no longer be swept under the rug and that “we were on a highway to climate hell with our foot on the accelerator.”

The speech, and the serious impact for humanity, were all well covered by Britain’s main broadcasters including the BBC, Channel 4 and Sky as well they might.

But for most of the popular printed media, it looked almost as if Guterres had failed to turn up. The Guardian and the Financial Times were as expected honourable exceptions to the missing or partial coverage.

COP27 did not make the front page of The Times and the Guterres warning was tucked away on Page 4, under an appeal from British Prime Minister Rishi Sunak to other countries to fulfil their climate change commitments.

The Sun was deeply committed all right – but to the great mystery of why “television personality” Olivia Attwood had been removed from the I’m A Celebrity… Get Me Out of Here! jungle after just 48 hours and without even getting to meet the suspended MP Matt Hancock.

The only look in that COP27 got was coverage of the comments by itinerant backbench MP Boris Johnson that Britain could not afford demands for multi-billion reparations for countries hit by climate change.

In fact the Sun finds it difficult to think of a crazier policy than making skint voters pay billions in climate change “reparations” to foreign countries. The paper is equally exercised by the “doomsday cult” trying to disrupt traffic on the M25 in a continuing campaign against carbon fuels.

The best that the Daily Mail could manage by way of previewing the approaching opening of COP 27 was King Charles putting on his own green summit at Buckingham Palace. The Mail on Sunday managed not a word on COP only for Monday’s Mail to splash on what it saw as the real story — the “outrage” caused by Labour’s Ed Miliband’s call for the UK to acknowledge its “historic responsibility” and send cash to countries hit by climate change.

We can rely on hearing lots more outrage about this issue from the Mail in future.  And yesterday the paper was frothing at the mouth when the charity War on Want, highlighted a claim that it would take £1tn to reflect the cost of removing the carbon generated by our burning of fossil fuels.

The Mail did concede that discussions about compensation for countries suffering from climate change were dominating the summit and mentioned the Guterres appeal for the level of the support to be doubled.

But this was more than crowded out by the results of a self-selecting poll of Mail readers showing that 98% of the 3,900 who took part were against the UK giving any climate change damages at all to poorer countries.

The Mail, like the Sun, believes paying “reparations” would be lunacy and warns the Government that sending “vast sums” to the Maldives when people are struggling to heat their homes in Britain “would be political suicide.”

But then again the Mail always loved Boris Johnson, still mourns his political passing, and not too secretly dreams of a second coming before the next election.

So what to do if Johnson is now embracing climate change as a Churchillian cause and a respectable way to keep his political career alive as he makes money from books and speeches while awaiting the call?

He took the trouble to travel to Sharm El Sheikh, if not exactly to upstage Prime Minister Sunak, then to emphasise his continued support for net zero as he warned against “going all weak and wobbly” about the UK’s commitments as the cost of living crisis bites.

The overall contrast between the broadcast and news brand media on the issue of climate change is both stark and worrying. Not the the first time, in terms of news values, its almost like inhabiting a parallel universe.

You have to look very carefully at the news brands, sometimes with a very strong magnifying glass, to have any chance of understanding the enormity of the challenges we as a species all face before the middle of this century if not sooner.

You also need strong filters to remove some of the political preoccupations obscuring the chilling reality.

Even in serious papers such as the Times context can be problematic.

Bjorn Lomborg, a visiting fellow at Stanford’s Hoover Institution, yesterday attacked a Lancet study claiming that rapidly rising temperatures have been responsible for a 65% rise in annual global heat deaths over the past 20 years. Lomborg, in an article which first appeared in the Wall Street Journal, argued that the numbers are skewed. Because of an aging population, there are more old people about and therefore the actual percentage increase is only 5 per cent.

This seems to be an argument about the difference between percentages and absolute numbers and it seems very likely that many more people have indeed died because of higher temperatures even if there were more of them around to suffer from rising temperatures.

Fine. No-one benefits from statistical overstatements or exaggeration but isn’t there a danger of undermining more central truths with the suggestion that dodgy numbers are involved.

Certainly those who think climate change is a con will take comfort. Climate change is a difficult thing for 24-hour news cycles with their limited horizons to cope with – covering changing climate as opposed to weather, however extreme.

A huge event like COP25 with more than 100 world leaders in attendance – minus those of Russia, China and India — is still a great tent pole on which to hang important information that could change behaviour.

It is difficult to escape the conclusion that in this crucial task, the broadcast media are making a much better fist overall of the coverage than the news brands still read by millions.