Can the Johnson hearings prevent a 'Great Return'? 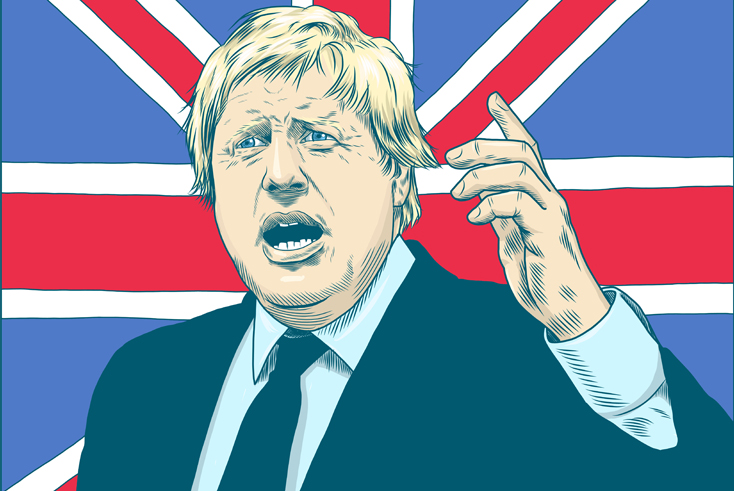 With a memoir in the works and a much touted leadership return, it may be up to Parliament’s Privileges Committee to stop the Johnson juggernaut.

Boris Johnson, the Prime Minister, has long since gone – but scarcely forgotten, especially by those right-wing tabloids which still mourn his political passing, and those campaigning for an early return to Downing Street.

Scarcely a day passes without a Johnson story, although he has been pushed somewhat to the margins by the autobiographical antics of Prince Harry. After all, who could compete with Sun splashes revealing that Prince William used to get three sausages for breakfast and Harry only two?

Will he or won’t he return? While Johnson has pledged his support for the current Prime Minister Rishi Sunak, we all know his promises can suddenly expire without warning.

He seems to be doing nothing to discourage the activities of the Conservative Democratic Organisation, which is openly preparing the way for the Great Return. As Lord Greenhalgh, deputy chairman of the organisation told Times Radio “Johnson is electoral ‘gold dust'” and claimed there was a “strong probability” of his returning.

Were Sunak to enter 2024 still trailing Labour leader Keir Starmer by 20 percentage points, you can be sure that The Sun, the Daily Mail, the Daily Express and possibly even the Daily Telegraph – which should know better – will run the Johnson flag up the pole.

An each-way bet on a Johnson re-entry

Until then, he will be very busy, not least writing his memoir, described aptly by his publisher HarperCollins, proprietor Rupert Murdoch, as “a Prime Ministerial memoir like no other.”

On that we can all agree, although Johnson is likely to keep fact checkers everywhere much busier than on Harry’s Spare volume.

Speculation is already rife that the fee will top the £4.6 million paid to Sir Tony Blair for his effort.

Such a deal would probably have had to cross Murdoch’s desk for final approval and it can be seen as an each-way bet on a Johnson re-entry.

In Times 2, Robert Crampton warns that post-Harry we will want “every last grunt and groan, every slurp and snort, every stitch and bitch, from just a few months back.”

Johnson the memoir may be a middle range project – given that his biography of Shakespeare is long overdue.

But that is the least of his problems, despite having raked in no less than £2.6 million in earnings, donations and gifts in the past 12 months.

First up and very serious, Johnson’s appearance before Harriet Harman and Parliament’s Privileges Committee on whether he mislead the House of Commons over the Partygate affair – hearings that could come as early as next month.

The plot thickened recently with ITV’s Inside Story on the alleged breaches of lockdown restrictions quoting Johnson as describing one particular leaving party as “the most unsocially distanced party in the UK right now.”

There were also reports of papers being shredded and even sexual encounters involving Johnson aides at the Downing Street parties held when the country was supposed to be in lockdown.

Supporters of Johnson, aided by the Daily Mail, have denounced the proceedings, now expected to be broadcast live, as “a kangaroo court” without offering any evidence to support such a claim.

Johnson, likely to be legally advised by Lord Pannick KC at public expense, could face a large number of detailed allegations that go far beyond the single fine imposed by the Metropolitan Police.

If the Parliamentary Privileges Committee does find Johnson guilty of misleading Parliament – and the members may be spoiled for choice – he can be excluded from Parliament.

If he is barred for more than 10 days, that could lead to a recall petition and a possible by-election at his Uxbridge constituency where the majority is around 7,000.

Even if not expelled from the Commons for more than 10 days, Johnson could still face a recall petition for his performance, or lack of it, as a constituency MP as he travels the world giving lucrative speeches.

It is not known how many local surgeries Johnson has conducted since his ousting and the party, allegedly has declined to say.

Given the current mood of the country, if Johnson were to face a by-election, his majority could evaporate in an instant, particularly if the main opposition parties decided to put up a single candidate against Johnson.

There has been a neat coda in the papers in recent days suggesting that Johnson might be prepared to offer undying support for Sunak in return for a nice safe Conservative seat.

Unsurprising, the Prime Minister was uninterested in strengthening the position of a potential deadly rival and the word came out that Johnson would indeed be standing for the Uxbridge constituency and there would be no bail-out options.

Lose Uxbridge and then the only return option would be the disappearingly unlikely prospect of getting a peerage – if he could get one – and trying to lead the Conservative Party from the House of Lords.

No shortage of things to write about

The Johnson hearings before the Privileges Committee should enliven a dreary winter and pose dilemmas for the Johnson supporting press – despite everything.

What if the evidence against Johnson turns out to be overwhelming, as well it might?

However difficult for Johnson, the hearings could turn out to be little more than the antipasti before the main course.

His really big problem for 2023 could turn out to be the UK Inquiry into Covid-19, which could expose the endless bluster about Johnson single-handedly leading a world-beating response to the pandemic.

There are sure to be questions about his failure to turn up at the first five Cobra emergency committee meetings on the virus and the unnecessary deaths caused by delaying lockdowns, then lifting restrictions too early before repeating the same mistakes again.

The Inquiry might also be interested in finding out why UK manufacturers of PPE were bypassed in favour of companies with no such experience but who were Tory Party donors.

Then there was the £37 billion spent on a Test and Trace system which has already been judged to have had no discernible impact on the progress of the pandemic.

And together with the then Health Secretary Matt Handcock, the Inquiry might be interested to find out why elderly hospital patients were dumped in care without, apparently first being tested to see whether or not they had Covid.