Reconsider GB News? I did, and here’s what happened 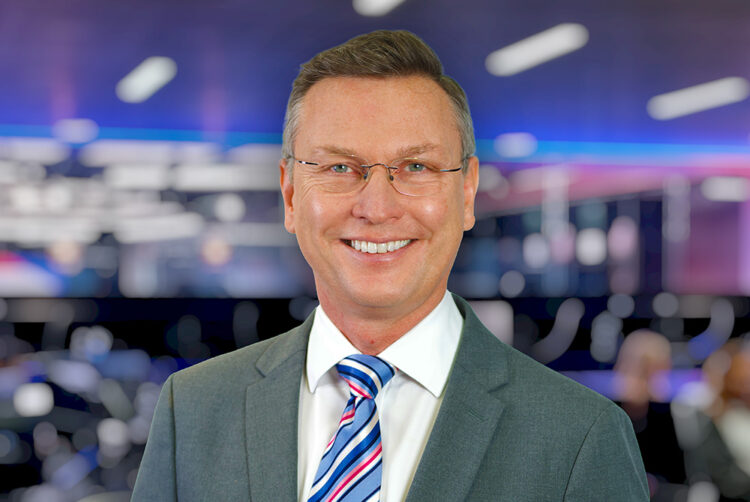 Broadcaster Stephen Dixon asks: what’s a man like me doing at GB News, and why does it matter for the advertising industry?

There are things you probably don’t know about me and GB News.

Just over 12 months ago, I thought GB News was a far-right channel.

Like you, I’d heard about it, mostly on Twitter. They said it would be a British Fox News, yelling 24/7. Opinions I hate, from presenters without compassion, preaching to the converted.

In other words: not my people, not my type of journalism, and definitely not my cup of tea.

So why, you may ask, did I leave Sky News after 21 years and join GB News?

The answer is actually simple. I stopped reading others’ opinions and started looking for myself. After all, I’m a journalist: I have a strange affection for facts.

So when GB News called, I listened. One thing stood out: this channel was for all people in Great Britain and Northern Ireland, not just the London elite.

Now, that resonates with me because I’m a working-class northerner, a gay man from the shipbuilding town of Barrow-in-Furness. Growing up in the North, with its non-judgmental pragmatism, has shaped everything that I am.

We grew up with no money, but we’re a decent, honest bunch who love our community. The downside is — or was — that we’re among the swathe of Britons whose voices get aired less. News channels cover us in a crisis: a strike, a flood, a factory closure. Our opinions rarely got a look in.

So, why does that matter?

Well, it matters because of culture. Working-class, regional people like me make up most of our population. Media types love talking about diversity and inclusion. I’m with them, but I notice too how those principles waver when it comes to diversity of thought.

GB News is a place where my culture is reflected in everything we do. It’s called The People’s Channel for a reason. It’s the most authentic, unpretentious, and diverse place I’ve ever worked.

If you’ve only watched a few clips re-tweeted by friends, then you don’t know GB News and you’re missing the point. You won’t understand why we have 3.3 million viewers a month, or why GB News Radio is the fastest-growing news station.

You certainly won’t know why, in some Red Wall areas of the Borders, the North-East and the North-West, GB News already has bigger audiences than BBC News.

You probably imagine all those viewers are of a type: wrong side of 60; wrong side of politics. You’d be wrong — they’re not who you think. Our audience is just… mostly not like you.

It saddens me that GB News is still misunderstood. After all, we’re the channel that embraces regional views, doesn’t ban people, and brings opposing sides together in a warm, non-judgey way.

The irony that our staunchest critics are, funnily enough, people who don’t watch the channel, is not lost on me. We’re simply not aimed at them.

But in most quarters, those prejudices are softening. It’s time to reconsider GB News, and many are doing that. Our advertiser brand count is growing. Politicians on both sides have cottoned on: GB News is a safe space.

I work on Breakfast, a news show governed by Ofcom. We offer all sides. We also reflect what is often neglected elsewhere. It might not be a ‘right on’ or ‘trendy’ view, but it needs a proper chat, not censorship.

We interview roughly equal numbers from the left and right, a relief to conservative thinkers who felt under-represented before. Although Labour was cautious at first (Keir Starmer held back until recently), they’re keen to appear on GB News now.

They tell us they enjoy how we listen, let them have their say. But they’re canny too: they know GB News is increasingly reaching an audience that’s abandoning other channels.

A media analyst might puzzle why. Me, I just walk into the newsroom. My producers reflect Britain: gay, straight, white, black, Asian, Muslim, Nigerian, even Danish. Unusually in media, almost none come from London, privileged backgrounds, or private schools.

But that’s just the surface. The real diversity at GB News, and it’s exceptional in newsrooms in my experience, is its genuine diversity of opinion.

Among my colleagues, on- and off-air, barely one strand of opinion unites us, except our belief in this channel, the value of true debate, and the right of others to express opinions we don’t share.

You can’t fake authenticity, and our viewers know we’ve got it. We never patronise them for holding a non-hateful view. We embrace their concerns, even on spiky issues like migration.

Our style’s a bit different, and not very London. So in the Truss/Sunak leadership race other channels hosted grand debates. GB News went to a pub in Leigh outside Manchester. The audience, all locals, asked the questions.

But, I hear you say, surely you’re secretly pushing a political agenda. Well, if you seriously still believe that, it’s time you tuned in.

GB News is not a political channel. It’s different because it doesn’t ban or sneer at conservative views. Or left-wing ones. It’s actually a very warm talking shop where no one’s cancelled for holding an unfashionable view.

I was sceptical when GB News launched; now I’m proud as punch to work there. I’ve never been happier or more confident that I am part of something that matters to ordinary working people, a group to which I proudly belong.

Stephen Dixon is a presenter on GB News and previously was a Sky News presenter for 21 years.