People are tired of the news. Is it the media’s fault? 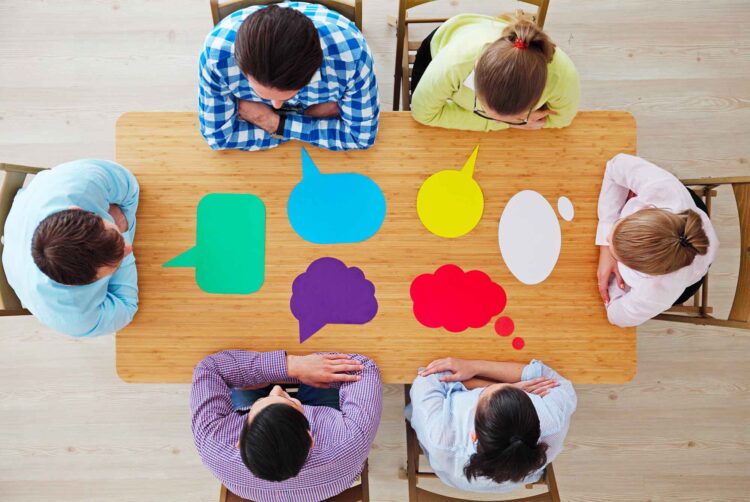 Journalists are under increasing pressure to write stories that take a clear stance or ‘side’ on a topic. This is making news fatigue worse.

As a teenager, I distinctly remember car journeys being dominated by BBC Radio 4. A favourite of my dad’s, whether we were schlepping to school or to the local B&Q on a Sunday (a tedious yet curiously common activity), it always seemed to be on. Given my age and tendency to be preoccupied with thoughts of boys or how much better life would be when I was finally an adult, this was something I didn’t particularly appreciate. As far as I was concerned, the voices droned on, the topics were dull and anyone who actually enjoyed listening to a radio station that didn’t play any songs needed a serious personality transplant.

It was only in my early 20s that I began tuning in myself and finally understood the joys of consuming the news – an enthusiasm that sadly waned when the pandemic was followed by a fatberg of further depressing stories. After a few months of one bleak headline after another, I once more switched off. Nowadays, the extent of my news consumption is a listen to the hourly bulletin at 7am then a quick online sweep of the top stories before work.

I’ll throw my hands up here — it’s quite embarrassing to admit how little time I have for the news nowadays, particularly as a journalist. But if Reuters’ recently published Digital News report is anything to go by, it seems I’m not the only one.

Interest in the news has “fallen sharply” across all markets, dropping from 63% in 2017 to just 51% in 2022, whilst the proportion of people who now actively avoid it has “increased markedly.” In the UK alone, for example, the percentage of news avoiders has actually doubled over the last five years to 46%.

This mostly boils down to news fatigue, apparently. People are just sick to death of consuming it. Whilst some might say this is down to the content (just a few minutes in the presence of any news outlet is enough to make anyone want to despair or, at the very least, go into hibernation) I wonder if it’s actually due to the way we, the media industry, are presenting it.

A sea of hot takes

Whilst it cannot be denied that we’re on the verge of turning our planet into a baked potato and it doesn’t look certain that we’ll have the health, wealth or time to save it, it’s clear from a quick sweep of a few news websites that little effort seems to have gone into including stories that have a happier ending.

And whilst it would be easy to lay the blame for this at the door of our baked potato world, the choice of editors to place the most popular or ‘biggest’ stories at the top of the homepage has a significant impact, too. There are some good things going on in this world, but if all people see is a barrage of war, death, disease, global warming and economic crisis stories, it’s easy to see why a third (36%) of the news avoiders Reuters spoke to cited a negative impact on their mood as the main reason for switching off.

It goes without saying that uplifting stories cannot and should not replace the reporting of up-to-date, factual news, but it wouldn’t hurt to see a few more of them. After all, one story of a bunny surviving a 40 mile journey whilst stuck in a car grille halfway down a homepage is hardly enough to stop us despairing at the state of the world, no matter how cute it might be.

Then there’s the fact that once a news story has been reported, most subsequent features on the topic will be based in opinion, rather than fact. Take the Today programme on Radio 4, for example. Once the news bulletin has gone out, the show will be peppered with a rolling roster of guests, each brought on to offer a particular viewpoint on what has just been reported or to answer the often combative questions of the presenter.

In a wider context, journalists are under increasing pressure to write stories that take a clear stance on a topic which only further exacerbates the problem. Whilst industry insiders will say this is the only way to provide a ‘balanced’ or ‘multi-faceted’ view to the consumer, it’s more likely to lead to polarisation than critical thinking.

So are we, the media, to blame for the fact that the news has become so insufferable?

Possibly. After all that I’ve shared in this column, it would seem hypocritical for me to come down hard on one side or the other. What I do believe will help revitalise people’s appetites for the news, though, is if it becomes more solutions based. In fact, research suggests that if a negative story ends with a focus on what is being done to solve this problem or offers suggestions of what the audience can do to help, its appeal broadens and people engage more deeply.

It brings to mind the adage that ‘people will forget what you said, they’ll forget what you did, but they’ll never forget how you made them feel.’ Whilst that may seem rather a glib and overused statement to end on, it endures because it is steeped in truth.

If we in the media cannot find a way to leave audiences feeling more positive after they’ve engaged with our work, it really will be our fault that we’ve pushed them away.

John Billett, CEO, JBGBEvents, on 27 Jun 2022
“Bianca. Terrific stuff. I have been thinking this for a while but you have put your finger on the pulse and found the words and said succinctly what I have struggled to express. Thanks. And what nonsense is TV news that forces us to see presenters spouting a La radio and failing to show anything of interest”