Newsletters are here to stay. But media brands must fight to keep their writers 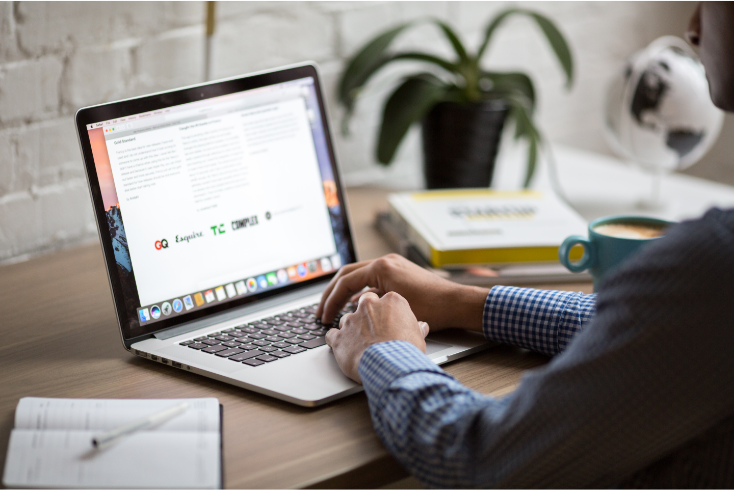 Many high-profile journalists have left their roles at big media brands to launch their own independent newsletters. But the boom in newsletters should be seen as a big opportunity for legacy publishers.

Despite its obvious foibles, it cannot be denied that the pandemic was a great time for comebacks. From jigsaws to QR codes, various phenomena previously consigned to the doldrums of history enjoyed, because of the circumstances, the kind of renaissance only experienced by Matthew McConaughey up to that point.

Once the mainstay of church choirs and club scout groups, one of the greatest successes of all was the humble newsletter. Offering readers the chance to subscribe to preferred content from their favourite writers and brands (either for free or a small fee) that then gets delivered directly to their inbox, it’s a business that has positively thrived during a time when joy was been hard to come by and leaving the house in search of newspapers and magazines became less and less appealing.

Substack was a huge winner. Its number of readers doubled in 2020 and, as of the end of 2021, the platform now has over one million paid subscribers – four times the amount it claimed to have in December 2020. Mailchimp saw similar success, its account registrations surging 49% as lockdowns hit the world in March 2020.

It’s not just entrepreneurs looking to grow their lists that are flocking to these platforms. A number of prominent journalists have made the jump, too.

In April 2020, investigative reporter Matt Taibbi left Rolling Stone to start TK News – which now has paid subscribers in the tens of thousands. In late 2021, ELLE and Cosmo UK’s former editor-in-chief, Farrah Storr quit the magazine business to become the first head of UK writer partnerships for the brand – a move she says was inspired by her own desire to write about the things she “couldn’t print” while working in traditional media.

And therein lies the rub. Journalists are getting tired of old school media brands that pay very little, strip them of their authentic voice (even on their own social media pages) and expect unwavering loyalty and hard work in return.

When I worked in a newsroom, there was actually a running joke that you would only receive a promotion (and with it, a pay rise) if someone died or retired. Why? Because once a veteran journalist was in a top job, they held onto it.

For marginalised communities, it’s been even worse. Just a few days ago, the founder of popular podcast QueerAF announced that they would be creating a newsletter (backed by several media bigwigs) for LGBTQIA+ writers, after many complained of underrepresentation and a distinct lack of interest in their stories from editors.

Real opportunities for career growth are few and far between in the traditional media – particularly since the pandemic, which sparked a number of redundancies not seen since the 2008 recession (as of June 2020, there had been more than 11,000 newsroom job cuts). With all the benefits that newsletters can offer, it’s no wonder the bigger platforms have seen such success.

For writers, the appeal is obvious. Newsletters give them the opportunity to write about what they like in the way that they like, as well as create a direct relationship with their readers.

Monetising that content through subscriptions can be a great earner, too, which, for journalists who’ve been battered by the dwindling economic power of traditional media over the last decade, may be a complete and utter novelty.

Of course, not every journalist who starts a newsletter is going to be able to make a living solely from those earnings. But, given that it’s a model that’s scalable, that negates the need to pitch and, as Substack says, allows them to build their own “mini media empire,” – what’s not to love?

As shown in the stats I mentioned earlier, it’s not just the creators flocking in their droves, either. Thanks to an epidemic of fake news, doomsday headlines and clickbait traditional media consumers have also grown weary and companies such as Substack are more than happy to lead them, Pied Piper style, to a land where the reads are curated and they get to enjoy from the comfort of their own inboxes.

Where does this leave the big media brands?

The savvy media owners have jumped on the bandwagon, too.

In 2021, Reach, which owns titles including the Daily Mirror, OK! and The Express, saw the potential of newsletters and grew its offering to over 400, each catered to a specific topic and audience.

This, in turn, allowed them to increase their subscribers from around 200,000 to 4 million and double their page views to 50 million a month – something Martin Little, audience transformation director at the company, told Mediatel News has been a “game changer.” The not so savvy, on the other hand, still have some catching up to do.

Of course, newsletters aren’t a fix for everything. There’s a real risk that, without exposure to media outside their preferences, writers and their audiences will exist in an echo chamber, only interacting with others who like and think the same as them. With the freedom allowed to writers, hate speech, bigotry and misinformation could also run rampant – and all you have to do is look at the recent debacle between Spotify and Joe Rogan to get an idea of how that could turn out.

But this is exactly where media brands could come out on top. By drawing on the legacy and prestige of their name and applying the same due diligence to their newsletter content as they do the rest, they could reap a number of rewards. Not only could it help them attract and retain more readers, it could also open up a significant revenue stream that, in turn, would enable them to create more jobs, attract more advertisers and remunerate writers in a way that inspires their loyalty.

Because the truth is, most journalists want to continue writing for these brands. But without the freedom, opportunity and financial rewards that the newsletter model can offer, it becomes increasingly difficult for them to do so.

Bianca Barratt is a freelance journalist and editor and writes features across business, lifestyle and culture. A former lifestyle writer and shopping editor for the London Evening Standard, she is now a senior contributor to Forbes Women and has written for titles including The Sunday Times, Independent, Cosmopolitan, BBC Good Food and Refinery29. She writes for Mediatel News each month.