Never forget why cinema holds a special place in media 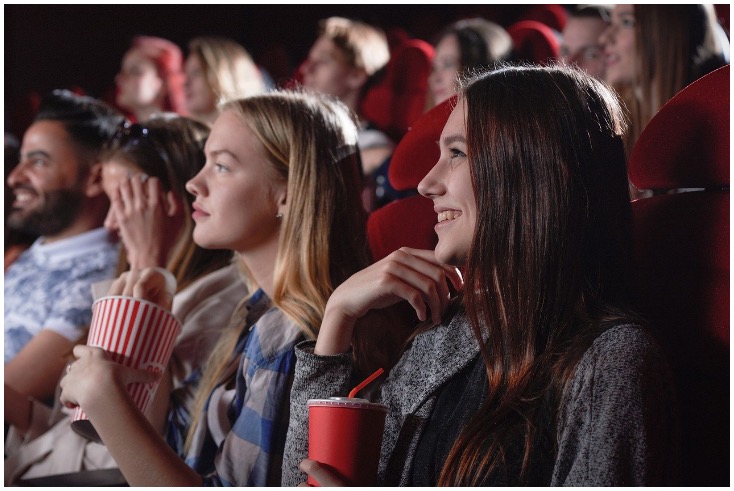 For all the challenges that cinema faces during its recovery, the founder of Joint warns that there are very few media channels in which watching the ads are considered as part of the whole experience.

Oh, to sit in an air conditioned auditorium, nestled into a leather recliner seat, surround-sound reverberating in your chest with a screen the size of double-decker bus in front of you showing everything in pin-sharp technicolour.

For all the convenience of streamed movies – a monthly subscription providing constant ad-free new releases and access to genres not always available at your local multiplex – heading to the cinema to enjoy the unmatched experience of big screen entertainment has been much missed in lockdown.

And it’s partly because of the uniquely immersive experience of a cinema trip that advertisers have invested in this medium.

The cinema auditorium is the ultimate environment to avoid ad fraud – everyone has bought a ticket, so the seat is most definitely occupied by a genuine human being, with not a bot in sight.

These are real people who are emotionally engaged, have consciously paid to be there and who don’t have access to ad blockers or a fast-forward button. They may even have turned off their phones.

Before this strand of the entertainment industry was closed down by the Covid-19 pandemic, cinema advertising was eight times more effective than TV advertising. In terms of reaching the 16- to 34-year-old audience, Kantar Millward Brown’s AdReaction study found that cinema was the ad format they were most positive toward and that cinema delivers a greater contribution across all key brand-building metrics – particularly brand love and brand difference.

But amid the global health crisis, cinema ad spend has collapsed – down 80% compared with 2019 – and so the crucial question is whether it is able to bounce back as cinemas start reopening.

There are clear challenges ahead for cinema advertising and the biggest dilemma is many of them are out of advertisers’ hands – they are even beyond the control of the cinema operators. Because the incentive most likely to get audiences into movie theatres is the films being released.

As lockdowns briefly eased last summer, Christopher Nolan’s Tenet was almost alone as a 2020-launched blockbuster movie. It grossed $350m globally in two months – and the debate continues as to whether that was a success or a failure, which is pretty hard to determine when it is the only significant release of the year.

So, will cinemas and advertisers be supported by the film studios this year? Obviously nothing is set in stone in coronavirus times but, as restrictions ease, there are currently plans for multiple reasons to visit the cinema. Among them, the delayed – and much anticipated – James Bond latest No Time to Die is due out at the end of September.

As the studios begin to release movies, cinema will once again offer a great chance to engage deeply with audiences of all kinds. In fact the staggering success of Peter Rabbit 2 in the first few weeks of lockdown easing, points the way to a fast recovery.

Cinema advertising has a distinct role in the advertising armoury. While so many avenues of advertising are currently focused on mass personalisation of content and targeted distribution, there is something deliciously contrary about a shared, public experience. Our brains fire up differently as we register – even subconsciously – that hundreds of people around us are watching the same thing as us, at the same time.

Cinemas give advertisers an increasingly rare thing – the chance to do big things in big places.

And advertisers have traditionally raised their game for the cinema audience. Not only do cinema goers want to sit down in time for the movie trailers, but this is probably the only place left where watching the ads is considered part of the whole experience.

Marketers and creative directors who understand this and recognise the power of advertising that appears in an environment where it adds to an already valuable experience, will know that a pound spent in cinema is a pound well spent.

Furthermore, as we all adjust to whatever normal becomes once the pandemic has passed, cinema offers a unique opportunity for each of us to get lost for a couple of hours, free of distraction and life’s everyday pressures.

The brands with the best work that delights an already receptive cinema audience will reap the rewards of ever stronger brand preference and engagement.