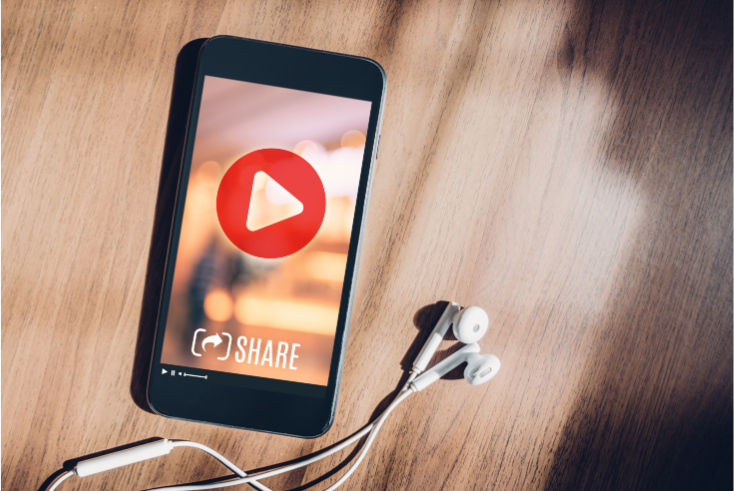 Raphaël Rodier, global chief revenue officer at Ogury, details the opportunities for mobile advertising and how to evolve for the changing landscape

The value of mobile advertising has skyrocketed for publishers and brands alike during the pandemic, with July to September last year alone showing a 25% YoY increase in mobile app usage overall.

Consumers are spending more time on mobile and recent statistics show there are 5.2 billion unique mobile users worldwide, nearly 67% of the population.

A growing and untapped potential for brands to deliver relevant ads to consumers where they’re already spending much of their time.

Advertisers are used to reaching people on TV and radio, from placing a TV ad when there’s high viewership or targeting niche channels and programmes for specific audiences.

On mobile, this advertising wisdom changes.

A commuter on a train, with headphones on may want a different advertising experience to his fellow commuters. In addition, thinking about each mobile screen as its own channel to reach an individual, is much more complex than deciding between 100 TV channels or 50 radio channels your target audience are likely to be on.

The growing availability of 5G is also driving consumer anticipation of a richer mobile experience.

The content people consume will vary, within predictable patterns. The ways in which people choose to consume that content, however, has changed for good.

As advertising progressed from print, to broadcast to digital, the consumer demand for better experiences and content has escalated.

On average, users check their smartphones 96 times a day, and for sure they don’t want to see repetitive, unchanging ads each time they look at their phone.

On-demand TV means users have the choice to fast-forward through ads, or eliminate them completely by choosing a different channel. The same should be true with mobile advertising.

Whether your advertiser chooses native, interstitial, interscroller or other ad formats a few questions remain. Most crucially, are they providing consumers with a choice over how to interact with an ad?

Mobile ads, which grate against users’ express preferences stand to damage rather than enhance your brand.

For example, in mobile gaming apps, ads can be placed at logical stopping points between levels, and take up the entire mobile screen without disrupting play. This offers 100% share of voice and screen, a most impactful approach, even if it isn’t appropriate for all mobile experiences.

This pressures publishers to adapt or risk going out of business.

Publishers need to prioritise the user experience rather than pushing advertising messages, which could be invasive. The first step to doing this is emphasising the consumer experience as the central element to the mobile advertising strategy.

Evolving advertising to the mobile landscape

Few TV channels, except shopping channels, expect to convert a sale straight from paid promotion. So why then, would we expect mobile advertising to work any differently when it comes to persuasion?

Advertisers need to move away from thinking about mobile video as a lower-funnel opportunity.

Mobile empowers advertisers to focus on their branding investment to relevant consumers, exactly where they are, instead of casting a broader net which hopes to catch a relevant individual watching the right content at the right time, such as advertising when the most popular soap opera or a large sporting event is on.

Having a more personalised approach generates significantly better results, even if marketing efforts will continue to be measured by upper-funnel KPIs.

Advertisers tend to rely on the video completion rate as a metric of success. However, this doesn’t account for viewability, particularly in a mobile environment.

Advertisers should also consider viewability alongside video completion rates to understand a video’s full impact by multiplying these two elements together.

This creates a metric known as the Viewable Video Completion Rate.

Data shows that viewers retain 95% of a message when they watch it in a video. This begs the question, what’s the point of the ad if it plays off-screen?

In addition, if brands’ ads aren’t being viewed and engaged with by users, this can have major repercussions for publishers’ engagement and revenue.

2020 has brought notable changes and as more consumers moved online, they’ve become protective over their data and privacy.

This has created a shift in the market, with Apple and Google’s creating new policies for targeting consumers.

Advertisers and publishers with strategies for reaching relevant audiences without personal data are in a strong position to provide great branding experiences for consumers.

Ad spending through 2025 is expected to show an annual growth rate of 5.1%, and by 2024 experts predict mobile will account for about 73% of video ad spending. This provides abundant opportunities to broaden reach without the use of cookies or IDs, in total respect of consumer privacy.

While the pandemic has advanced a wide range of digital technology, it has also amplified user burnout with intrusive digital experiences.

Digital fatigue is real, which means it’s critical for publishers to re-centre their focus on meaningful audience experiences. This can be achieved by focusing on delivering the best and most diverse content possible that attracts the widest range of users.