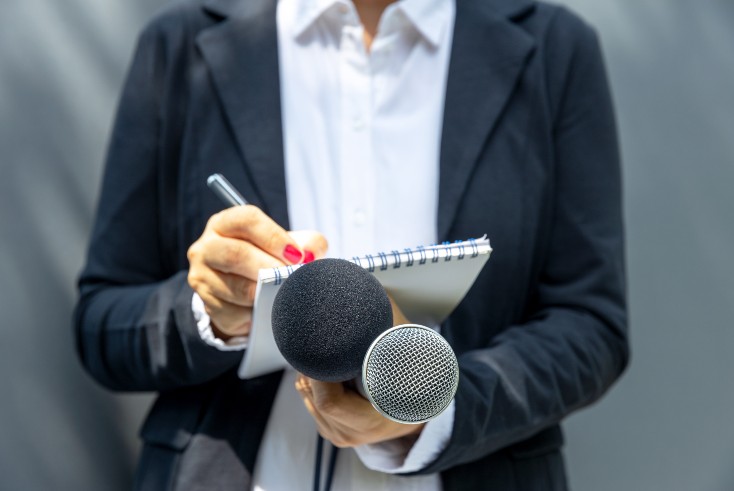 If journalists don’t feel well protected, brands risk them taking their work (and their audience) elsewhere.

When I say the phrase, “a group of journalists were arrested for reporting on something important, even after making it clear to the police that they were from the press” you’d be forgiven for thinking I was talking about Iran, which is now one of the largest detainers of journalists in the world after incarcerating approximately 50 of them in the wake of recent protests.

But I’m not. I am, in fact, talking about the UK, where on 9 November three journalists were arrested for “conspiring to commit a public nuisance” during the Just Stop Oil protests on the M25. A documentary photographer, press photographer and reporter for LBC were all detained by police for several hours, stripped of their belongings and put in cells, even after showing their press passes and calmly stating to the officers on duty that they were just there to report what was going on.

If, like me, you fear we’re entering some sort of fascist dystopia in which the free press is sanctioned by government forces for exercising their right to report what’s actually happening in the world, you’d be justified. That might sound overly dramatic, but when you consider the subsequent responses from the police, perhaps not.

The general feeling of the press was one of outrage — as was that of various MPs who raised the issue publicly (Charlotte Lynch — one of the journalists arrested — thanked MPs Daisy Cooper and Olivia Blake in particular). Even the official spokesman for Rishi Sunak said he “strongly believes in championing press freedoms” and that it’s “vital” journalists should be able to do their job without restrictions.

But the reaction from the Hertfordshire Police was somewhat different. After coming under increasing pressure to apologise for their actions, the force admitted an internal review finding that “though the actions of the officers at the scene are understandable, in retrospect an arrest would not have been necessary.” Chief constable Charlie Hall also agreed to open an independent inquiry into Lynch’s arrest.

This might all sound promising, but the apology offered to those journalists by David Lloyd, the Conservative Police Crime Commissioner for the area, can, at best, be described as lukewarm. Though he claimed to be sorry for the police’s actions, this was immediately followed by an insinuation that it was the media’s fault these protests were happening in the first place.

“The reason Just Stop Oil are continuing to do this is that they know they will get publicity,” he explained, going on to liken the media coverage of the event to “giving them oxygen.”

The resolution to date? The force is to “conduct full and thorough checks” as well as get a final sign off from a senior before arresting any journalists in the future.

So no plans to stop arresting journalists, just to arrest them more carefully, then.

You’ll probably be unsurprised to read that this is a response I find both concerning and unsatisfying.

It should go without saying that journalists have a duty to inform the public of what is happening in the world, even (and especially) when people in positions of authority have a problem with it. And whilst I’m well aware that we are not above the law and that we also have a duty to report in a responsible way (something I spoke about in my column on the Andrew Tate conundrum) we cannot let this stop us delivering the fundamentals of the job — to report and inform.

But there’s more to it than this. What’s equally concerning is the deafening silence of the companies who employ these journalists. Whilst following the story over the last week, I’ve looked repeatedly for a statement from the Global CEO (the company that owns LBC, Lynch’s employer) but have so far come up with nothing.

Integrity-driven journalists will always defend the principles of the free press, but without the backing of their employers – the ones who actually have enough clout to make an impact – they’re left standing alone. And though it’s great to see that so many journalists have come out in solidarity with those arrested, I’m left wondering why their leaders have just kept quiet.

Rather than throwing money at buffoons like Matt Hancock, who claims that eating cockroaches in the Australian wilderness is a form of public service, media companies should be putting their support behind the journalists who are delivering an actual public service and protect them when they’re being treated with contempt by authorities.

Why? Not only will this help uphold democracy — something this recent incident threatens to violate — but it’ll also help take care of their bottom lines. Big media need respected and diligent journalists to help build trust and, ultimately, loyalty with their audiences. If those journalists don’t feel well protected, brands risk them taking their work (and sometimes their audience) elsewhere.