Is it time to rethink online ad viewability? 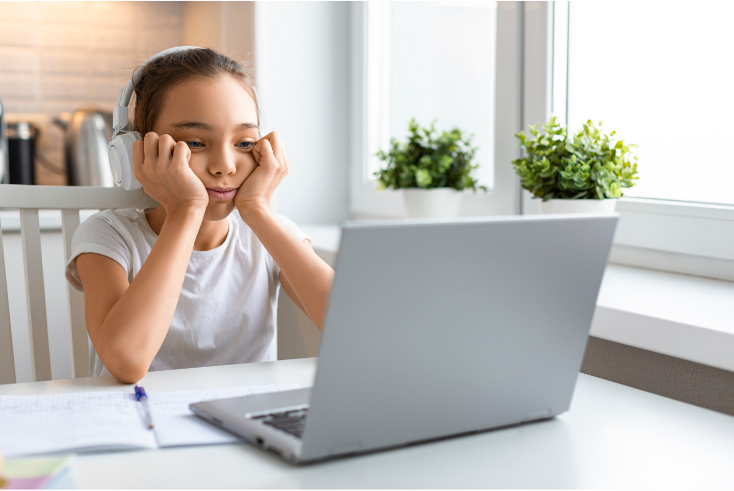 Why are advertisers charged for unseen ads? Traditional metrics are becoming insufficient to track the performance of a campaign accurately.

How are you tracking the performance of your digital media campaigns? Obviously, you’re checking some of the most common metrics, but what exactly do you analyse, and what kind of information are you getting? Can you confidently claim this information gives you enough insight into the response of a viewer?

As a matter of fact, a large-scale study suggests digital marketing effectiveness is often over-estimated by as much as 4,100%! Also, more than half of online ads are unseen by online users or not detected as viewable.

While exploring the current measurement methodologies and pricing models, we want to stimulate the debate around the necessity for fairer criteria where advertisers are charged only for effective ads.

Currently, advertisers are usually charged for every ad impression and CPM pricing model is the most used.

According to Media Rating Council standards, a display ad is considered viewable whenever at least 50% of the creative is visible on screen for at least one second.

Needless to say, this is the bare minimum, and it helps advertisers find out how often the ad makes it to the screen of an actual human being (without being turned off by an ad blocker or being targeted by a bot).

It helps, in addition, to assess the effectiveness of their online campaigns, track ads seen by their target audiences and, therefore, be charged only for these types of ads.

Academic research shows that the viewability standard proposed by IAB (50% at one second) is not effective enough. In fact, users show ad recall confidence only with 75% of pixels shown for at least two seconds.

Some reports suggest that up to 54% of ads aren’t viewable. In other words, marketers are paying for ad impressions that nobody sees most of the time.

Considering these findings, it is understandable why the concept of ad viewability and other pricing models, such as Pay-Per-Click (PPC) or Pay-Per-Action (PPA), are becoming more and more relevant in the industry.

Viewability: an important concern for marketers and advertisers

At a time when internet advertising was fairly new, media and marketing networks reported about the number of ads served rather than the number of ads being seen by an actual potential customer. Obviously, there’s a huge disconnect between the two today.

Even now, with long-form content becoming the norm, 57% of page-viewing time is spent above the fold. The first two screenfuls of content get a total of 74%  of viewing time. What these numbers suggest is that ads placed further down a page would be displayed but they wouldn’t be seen.

On the other hand, the necessity for publishers to monetise their services through ads has led them, over time, to increase the number of ad placements available, resulting in users submerged by ads. This trend pushed final users to adopt different techniques to avoid online ads, primarily by installing ad-blockers, which prevent advertisements from being seen on web pages.

The massive use of ad-blockers results in massive damage for those advertisers who pay for served ads (CPM) because they are getting charged for ads nobody will ever see. Of people aged 15 to 25, 45% use an ad blocker when browsing. In the age group from 26 to 35, the adoption rate is 42%. Even 39% of the demographic aged 56 and older relies on an ad-blocker to make sure promotional content isn’t being shown at all.

Another critical topic to be discussed is ad-fraud. The argument is highly relevant for the industry because, as recent data revealed, marketers have wasted globally between $6.5bn and $19bn due to fraud in 2019.

Issues about ad-fraud have been brought up since 2015 when the security firm White Ops started to track the behaviour of a series of bots that were generating impressions across different platforms; as a result, ‘Methbot‘, this was its name, was producing $3m-$5m in fraudulent media inventory per day just by targeting premium video advertising ecosystem.

Ad frauds are highly effective, especially if advertisers are charged according to the number of impressions and cannot autonomously track the source of these actions. In addition, academic research shows a general lack of knowledge about the problem’s existence and, where the issue is known, is usually ignored or only partially tackled.

Despite the standard definition of viewability introduced by the IAB, advertisers can also come up with their customised metric to better suit the goals of their campaign.

For most advertisers, 50% of the creative being viewed for at least one second is simply not enough to yield a desirable outcome (especially if a specific type of engagement is being anticipated as a result). Hence, these baseline measurements can be tweaked to give the advertiser a more accurate idea of an ad actually being viewed.

This brings up the necessity for more effective viewability standards (our recommended standard is 75% at three seconds, which academic research supports).

These considerations lead to the importance of adopting performance tracking solutions for fair performance evaluation and the need for third-party auditors who can objectively evaluate online behaviours to prevent ad frauds.

Spending money on ads that aren’t being seen doesn’t make sense and that’s a no-brainer. This principle is applicable to all realms of advertising, including traditional outbound promotion.

In the world of TV advertising, for example, a few simple rules apply.

When a TV advertiser buys airtime through their agency, metrics like cost per GRPs or cost per thousand contacts are being used. Hence, an ad that delivers zero GRP/rating, the advertiser is freed from their obligation to pay for that promo spot.

Something similar should definitely start getting employed in the world of digital media promotion.

If only about half of all served ads are viewable, a move towards that metric will significantly reduce publisher revenue. Many platforms will struggle to ensure sufficient viewable impressions and if there are fewer impressions to sell, chances are that prices will increase. Many advertisers wouldn’t be willing to pay more, which creates somewhat of a vicious cycle.

It’s still too early to tell exactly what effect viewability will have on digital marketing. One thing is certain – traditional metrics are becoming insufficient to track the performance of a campaign accurately and in a way that satisfies the needs of advertisers.

Publishers are already incentivised to improve the viewability of their ads due to the fact that higher viewability will result in a higher return on investment (ROI). Higher ROI makes advertisers happy and gets them coming back to a platform.

The good news is that viewability can be improved in a number of ways – from ensuring the proper placement of ads above the fold to employing more advanced design techniques like the introduction of “sticky” ad units.

To sum it all up, viewability tracks a number of important things. Through a reliance on viewability instead of another metric, advertisers can:

At the time being, however, a few challenges stand in the way of viewability adoption.

Discrepancies in measurements are an obvious issue and some standardisation will have to be pursued in order to overcome the problem.

In addition, the IAB definition of viewability covers the absolute minimum when it comes to actual human engagement. Viewing half of an ad for one second is obviously insufficient to deliver a marketing message. Therefore, many advertisers prefer to use their custom definition that’s better suited to their individual needs.

Nobody should be paying for ads that aren’t being seen by anyone. Yet, many advertisers still pay for not-viewed impressions.

But what are the alternatives that you consider as a good choice? Please share your views in the comments below.

Philippe Dominois is a Mediatel News columnist, co-founder and CEO of the global media consultancy Abintus Consulting, and lead coach at the Abintus Academy