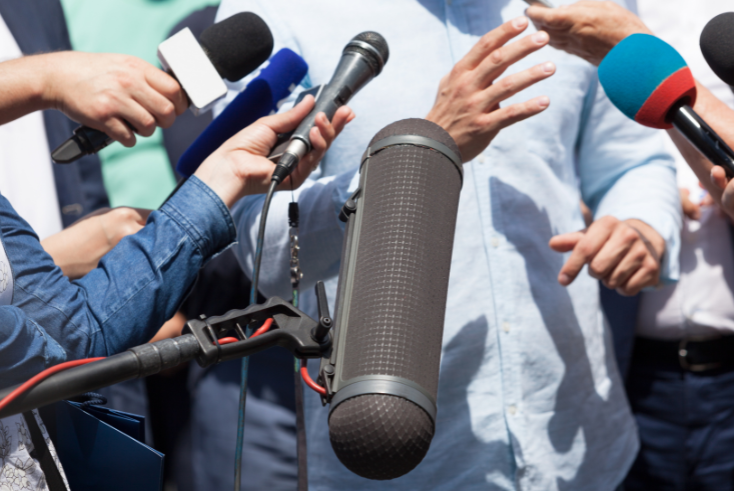 The media needs to rethink its funding model if public interest journalism is to survive.

If you asked people to explain what role they thought journalism plays in our society, I’d bet my bottom dollar most of them would say something along the lines of, “to inform the public of what’s going on in the world.”

That seems fair enough, right? And an appropriate description of what public interest journalism is, at least to me: investigative reporting into how the Government is working, how money is being spent, what detrimental lies are being told in society and what is threatening our democracy. All parts of journalism that are vital to alerting and informing the public and holding leaders accountable on both a local and national level.

Yet, when I browse the home pages and social media feeds of many of the top media brands in the country, I’m noticing more often how many of them lead with stories that are not so much in the interest of the public but are more about keeping the public (as in, the reader) interested.

One of the clearest examples of this has been the “they said, he said” drama between the Royal family and Prince Harry, who, it’s now safe to say, are very much on opposing teams.

Whilst I’m not suggesting that the soap-opera-worthy saga going on between them isn’t newsworthy, it’s hard to shake the sensation that, when considering headlines such as “William hits back” and “the pettiest moments between the heir and the spare,” coming from highly respected papers, it’s all become a bit… clickbaity.

And this, in a rather roundabout way, brings me to my point.

I truly believe, as I think most people who aren’t fascists do, that public interest journalism is a vital part of a functional, democratic society.

The problem is, it’s being sidelined in favour of sensationalism on an increasingly regular basis (the fact that the Daily Mail, with its side bar of celebrity gossip, is now the second most popular online media platform in the UK is proof enough of this).

It’s not just journalists thinking about this, either. In his recent interview with Tom Bradby for ITV ahead of the release of his autobiography, Prince Harry stated that his life’s work was now to reform the British press, which he believes has gotten away with printing gossip about him and Meghan under the guise that it’s “in the public’s interest,” when what they really mean is, “loads of people are going to find this interesting enough to click on.”

But who is to blame?

It wouldn’t be fair to lay responsibility solely at the doors of the news outlets. Most of their funding comes from advertising, which relies on a large audience to be deemed successful.

The best way to bring in that much-needed large audience? To write stories they want to read, of course. And whilst a snappy or pithy headline has always been important, as a freelance journalist, I’ve certainly felt the pressure more acutely in the last couple of years.

Headlines now have to be bolder, more daring. And editors quite often won’t even consider a story for publication unless it’s hooked to celebrity news or the latest TikTok trend.

The pressure is on for news media to create more digital revenue. The licensing fees and indirect government subsidies (such as VAT exemptions) they receive are just not going to cut it anymore.

With print profits falling and the competition for paywall subscribers growing even more fierce, it’s no wonder their reliance on advertising revenue is so heavy.

Given that public interest journalism is typically costly and time consuming, it’s easy to see why it’s steadily falling by the wayside, especially on a local level.

It’s clear that the funding structures used by most news media are having a negative impact on the editorial decisions being made and threaten the very independence of the media brands themselves.

So what is the solution?

The obvious answer here is more public funding, given that the type of journalism we’re talking about is a public service, but that, of course, comes with its own can of worms.

If the Government or other institutional forces are involved, the true independence of the media will be threatened. Plus, the risk that such funding might mean changing codes of ethics or standards of practice would be too great for some news outlets to bear.

Annoyingly, there’s no clear answer and we can’t just wave a magic wand and sort it all out. But if we’re not careful, the financial pressures on media companies could result in the loss of true public interest journalism for good, and that would lead to a set of problems almost too catastrophic to imagine.

Nick Drew, CEO, Fuse Insights, on 20 Jan 2023
“An incredibly timely and astute column! Although of course it could have been written any time in the last... decade? When did the Daily Mail's sidebar of shame start up? Even the BBC isn't immune from this absolute dross of a strategy of course: 2 weeks ago it was shamelessly leading every half-hourly radio news bulletin with the story that Prince Harry had made some claims in his autobiography and that "the BBC has not yet seen a copy of the book". It's an appalling degradation of news media to anyone who has actually worked in news media. The implications spread wider than just media strategy though: when even supposedly quality news outlets are following this same direction, it changes the public's perception of what 'news' is. Where to older generations news is clearly defined as the kind of stuff you'd find in the FT, and further back the BBC led a news bulletin with the line "there is no news today", to younger consumers 'news' is any old gossip or hearsay published by an outlet that claims it has some heritage or history. Which, while perhaps excluding TikTok, leaves the door wide open to any number of other platforms. So while media publishers complain about how social media has devalued 'proper' news with fake news, clickbait and the like, the best place to start looking is at those same media publishers, and see how the decline of their own output has eroded confidence in truth in reporting, quality in journalism, and the actual definition of 'news'.”