How media and regulators should deal with ‘strategic lying’ 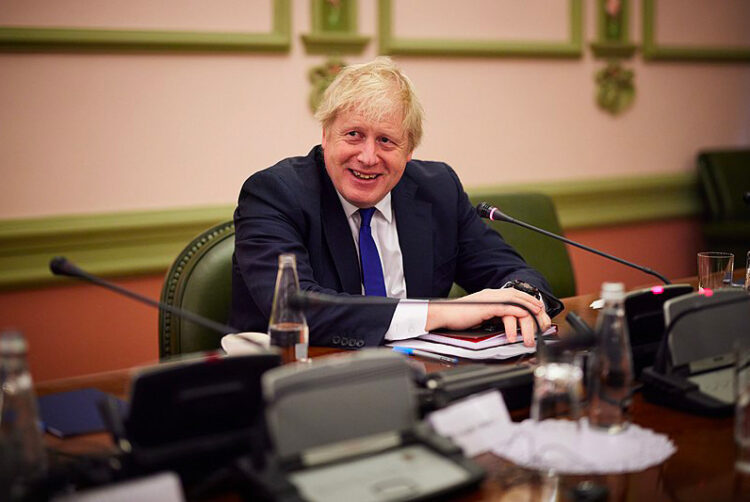 Our soon-to-be former Prime Minister took bullshit, dissembling, exaggeration, and lies to new heights so frequently that any listing of them would be superfluous.

But not all Johnson’s lies were ‘off the top of the head lies’ as some have suggested. Johnson, or at least those advising him, developed a more sophisticated version of telling untruths which my colleague Caroline Fisher and I have dubbed ‘strategic lying’.

Strategic lying is a sophisticated, and far more lethal, variant of the notorious ‘dead cat strategy’ developed by Johnson’s spinmeister, Lynton Crosby, designed to distract the attention of both the media and the public when a politician or a party is under pressure. Johnson himself blew the gaffe on the strategy in the Daily Telegraph (13 March 2013) whilst he was still playing at being Mayor of London:

“There is one thing that is absolutely certain about throwing a dead cat on the dining room table – and I don’t mean that people will be outraged, alarmed, disgusted. That is true, but irrelevant. The key point, says my Australian friend [Crosby], is that everyone will shout, ‘Jeez, mate, there’s a dead cat on the table!’”

Perhaps the classic strategic lie, or the one that I first noticed, was the infamous red bus that was the pride and joy of the Leave campaign during the Brexit referendum. It was emblazoned with the slogan: ‘We send the EU £350m a week. Let’s fund our NHS instead’.

There was some dispute as to the truthfulness of the £350m claim. Leave campaigners argued, correctly, that our weekly bill to the EU was indeed £350m or thereabouts. But Remainers cited that fact that the £350m was merely notional because it didn’t take into account all the rebates, subsidies etc., that came back to Britain. Thus the ‘real’ bill was closer to half the Brexiteers’ figure.

No matter, for the purpose of the slogan was not just simple propaganda but was what I am calling a strategic lie, the key function of which is to grab the news agenda, not just momentarily à la dead cat, but for a sustained period and, just as importantly, to force your opponent onto your territory to counter the lie.

Strategic lies could also be identified during the 2019 UK General Election campaign. Perhaps the most well-known one was the Tory pledge to build 40 ‘new hospitals’. It was indeed true that there were either plans, or requests from hospital trusts that were being considered, which could amount to forty (although that included schemes entailing re-building existing hospitals). But once all these caveats were removed the true total of new hospitals being built was six – and that remains the number almost three years later.

For a lie to be so classified it requires four characteristics.

First, it must relate to a matter of major public significance. A strategic lie has to be about a subject that is central to the political debate, otherwise it will just wither and die.

Second, as is the case with the £350m claim, it must contain a slither of truth. If it doesn’t it will just be dismissed out of hand.

Third, it has to go viral, to be repeated and amplified by supporters and, paradoxically, also amplified by opponents who, in seeking to rebut the lie, simply reinforce it.

Finally, it has to be in line with how its target group views the world. In this case, those who were likely to be in favour of Britain’s withdrawal, would not have been surprised to hear that we were spending what appeared to be such large sums on our EU membership.

The ’secret’ of the strategic lie

Since the recent prominence of ‘fake news’ (which is in fact not a new phenomenon) social psychologists have turned their attention to why people believe such ‘news’ and their findings can help us understand why the strategic lie is so effective.

To begin with, once a lie has been established in the minds of those potentially sympathetic to its message it is very difficult to get them to change their minds. ‘That seems to make sense’ the recipient is likely to say to themselves. Consequently it doesn’t take long for them to ‘take ownership’ of the lie as the jargon has it.

Then, as mentioned above, rebuttal can be a two-edged sword. Certainly it provides an opportunity for the false claims to be challenged and corrected, but its more important effect is to reinforce the lie in the minds of the ‘true believers’. To do otherwise is to invite the believer to experience the discomfort of cognitive dissonance, something we all seek to avoid.

Furthermore, no matter how authoritative and impactful the rebuttal might be, just by referring to it means that it maintains its place in the news agenda, to the exclusion of issues that the opponents would prefer to see discussed.

Lastly, if the media supports the claim that the lie is, in fact, a lie, this simply reinforces the notion for supporters of the lie that the media is biased against them, their views, and their favourite politician.

What is to be done?

Strategic lying places conscientious journalists and regulators — both of the media and of elections — in something of a dilemma. What should they do?

Should they report the lie in the interests of ‘fair’ political coverage? This is what the BBC did during the EU referendum and this led them to being accused of peddling ‘phoney balance’. Phoney balance might look like impartiality in action but balancing truth with lies is to give lies the same status as the truth which is just plain misleading.

Or should they call out the politician as a ‘liar’? During an election campaign this could simply result in a referral to both Ofcom, the media regulator, and the Electoral Commission, for failing to meet the impartiality requirements for elections and referenda campaigns.

Or should they report the lie as such but add in fact-checking material? This again could run foul of the regulators and would no doubt result in the fact-checkers simply being branded as part of the biased media.

Or should they balance the lie with a rebuttal from an opponent? But this again runs the same risks and would make election news bulletins wordy and worthy and highly unwatchable.

Or, finally, should they refuse to report the lie and just ignore the lying politician? Again this might run foul of the regulators and, in addition, if the liar is a politician vying for the top job then simply ignoring what she or he is saying arguably does a disservice to the audience and to the democratic process.

The only answer is not writing new laws, but effective media and electoral regulation, written for the new times we are living through. It also requires a recognition that there is no ‘objective truth’ out there, only statements that are factually correct and that do not seek to mislead the audience one way or another.

But, for now, we are left with this graphic description of recent election campaigns penned by the late Dawn Foster in Jacobin magazine:

“[S]lash and burn and lie with impunity. Tell whatever falsehood you fancy, especially one that has a propensity to go viral. Get your smear heard as widely as possible, and if you’re challenged, just lie. Far more people will see your initial lie than the follow-up correction, and few people will take the time to research any statistical embroidery or rewriting of the party’s stance or record.”

This article is an edited version of an essay featured in the new book Boris Johnson: Media Creation, Media Clown, Media Casualty? Edited by John Mair with Andrew Beck and Paul Connew.

Ivor Gaber is Professor of Political Journalism at the University of Sussex. He has been covering elections for the BBC and ITN since 1983.