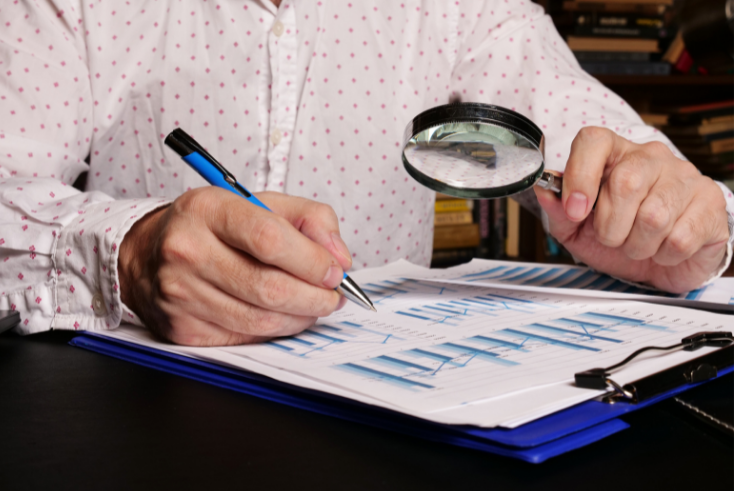 After reviewing many contracts between advertisers and media agencies over the years, there are five areas that are often overlooked, not checked or are missing completely.

During my time as a media auditor to many of the biggest advertisers in the world, I found that their overall media performance greatly hinged on the quality of their media agency contracts.

The bigger the advertiser, the higher the chance of media success, mainly due to savvy Procurement, Legal and Marketing departments that constructed best-in-class media agency contract templates.

As co-owner of a media consultancy, I aim to empower small to medium-sized advertisers with media management best practices. Our work helps our clients significantly improve their return on advertising media spends using our proprietary media transformation program.

Part of what we do is review media agency contracts. I believe that a highly successful relationship between an advertiser and its media agency is based on a fair and balanced agreement.

So, if a media agency contract is missing many of the essential best practices, I can predict the level of media performance the advertiser is most likely achieving. There is clearly a strong correlation between the two.

In particular, there are certain best practices that an advertiser should look our for in their media agency contracts. Among the numerous agreements we’ve come across, here are the five most common missing provisions:

How are the media agency fees calculated? If you don’t have this information, you should wonder how much profit margin is already included in the base fee before any bonus scheme is added on top.

In the spirit of transparency, I recommend including these details in your media agency contract:

In the current media agency landscape, the law of supply and demand is such that highly talented individuals are scarce and in high demand. Consequently, agencies may be tempted to under-resource your account to make it more profitable for them.

If you have been struggling with the quality of service of your media agency, and if you believe you ought to be receiving more for the professional fees you have been shelling out, then it’s time to review your contract.

Don’t get me wrong. I am not an advocate of squeezing agency remuneration to the bare minimum. But fairness and transparency are the ingredients to a successful and long-lasting advertiser-media agency relationship.

In my experience, a media agency contract with a PRF clause consisting of both the malus and bonus mechanisms results in a win-win at the end: advertisers get what they pay for, and media agencies earn their clients’ trust and respect.

A PRF is also a safeguard mechanism against low-quality service or under-delivery on pitch promises using a malus mechanism as part of your PRF, which can act as a financial penalty if the agency is underperforming or not delivering on their pitch commitments.

The PRF also allows your media agency to earn a bonus when performing above and beyond your expectations.

As an advertiser, how can you ensure that your media prices, media quality, and agency volume benefits will stay competitive throughout the term of your contract?

You need to have agency commitments clearly outlined in the document. These are a set of KPIs that your media agency has guaranteed to deliver during your pitch or your contract negotiations. These can be a combination of the following items:

The media planning and buying process does not stop with a raised Purchase Order (PO). Post-campaign reports are equally important, especially as a springboard to the next wave of advertising campaigns.

Without such reports, you wouldn’t be able to ascertain if your just concluded media campaign was a success or otherwise. Those reports, which necessarily include key learnings from the previous campaign, are your directional signs on how to move forward as well.

The advertiser must clearly state your reporting requirements to the media agency before both parties sign on the dotted lines. This obligation should be reflected in the media agency contract as detailed reporting clauses for every single campaign.

5/ Media Agency Acting Purely as an Agent with the Advertiser

Irrespective of how media agencies trade with media owners, it is essential to clarify how they operate with advertisers.

In the media buying setting, there are three actors: the client (advertiser), the agency (buyer/agent), and the vendor (media owner).

Scenario 1: The agency acting as an agent

A client sends a media-buying request to the agency through the media plan presented by the latter and approved by the former. Based on this, the agency acquires the media from the vendor. Then, the purchased media is transferred to the client.

Due to the nature of media ownership in this setup, the agency is obliged to disclose all prices and discounts to the client and pass through all the AVBs received from the vendor. The client’s auditor will also have the opportunity to review the inventory and financials.

Scenario 2: The agency acting as a principal

The agency acquires the media directly from the vendor, including discounts and AVBs, effectively being the owner. The client purchases the media from the agency on an “as-is” basis.

Because the agency owns the media in this case, disclosure of actual prices, discounts and AVBs is no longer mandatory, and they hold the right to refuse audits. Likewise, it allows them to improve their margins significantly before passing the final cost to advertisers.

For these reasons, we always recommend that a media agency contract stipulate that the agency will act as an agent, i.e. as a middle entity acting on behalf of the advertiser. Otherwise, the advertiser automatically loses out on most of the media transparency and audit rights.

The agencies themselves designed most of the media agency contracts we reviewed. It is quite a common practice, albeit an inequitable one.

But you can use a media contract template that was designed for advertisers using best practices. Control the provisions to ensure that it promotes your best interests, delivers genuine transparency, and provides you with audit rights.

So, do you know if your current media agency contract protects your interests?