Demystifying CTV in the UK 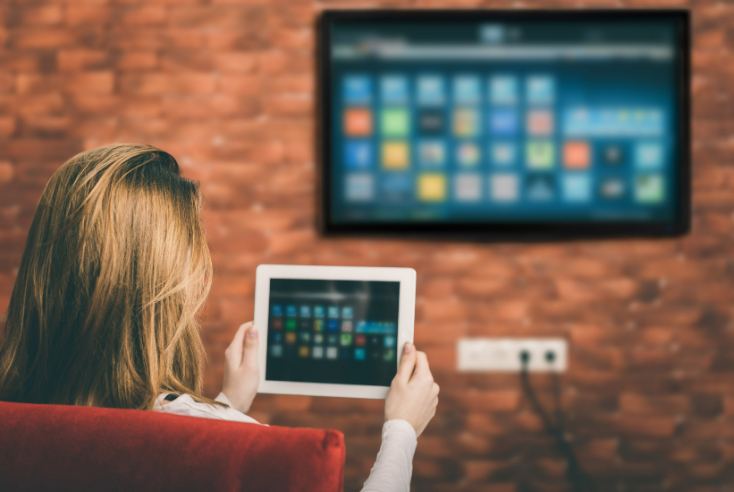 Thinkbox’s Matt Hill examines the world of CTV and explores why the UK is a hard market to crack.

There’s a lot happening in the world of CTV. A lot of stories, stats, and forecasts.

With so much noise it can be hard to pick out the tune. And this is a shame because CTV is one of the most exciting melodies in advertising.

And while CTV advertising is undoubtedly a hot market in the US, is that also the case in the UK? And if not, why not — or, at least, why not yet?

Let’s try to make sense of it all. I can’t promise it will be thrilling, but it should be useful…

Best start here.  This means connected TV, as in a TV that’s connected to the internet.

In general, when people talk about CTV they’re talking about a smart TV set that’s capable of wirelessly connecting to your broadband and comes with an array of apps that will allow you to stream content, be it ITV Hub, Netflix, or YouTube.

But, technically, the definition could include any TV set that can be connected to the internet via a set top box like Sky or Freeview+ or even a games console.

Is CTV the same as OTT?

No. OTT is an initialism for ‘over the top’, which is a way of saying that the content is being delivered over the top of an existing platform such as Freeview, or Virgin Media or Sky via the public internet rather than via a closed private network that can only be accessed via a set-top box.

So, for example, a BVOD (broadcaster video-on-demand) player, subscription video-on-demand (SVOD) service, or video platform like YouTube can be classed as OTT.

So why does OTT matter as a definition? Well, OTT delivery breaks down the barriers to entry for content streaming services as there are a multitude of points of access, such as Roku boxes, Now TV boxes, Amazon Firesticks, or directly through your smart TV.

The rise of AVOD

AVOD stands for ‘advertising-funded video-on-demand’, so video content that you don’t (usually) need a subscription to access, but instead is funded through advertising around the content.

You might hear AVOD mentioned in the same breath as FAST, which stands for ‘free ad-supported streaming TV’ and is essentially the same as AVOD, but with the caveat that FAST services are subscription free, whereas some AVOD services are both subscription and ad-funded, for example Sky on Demand, Amazon Prime, and soon probably Netflix.

Anyway, it’s worth spending a moment on AVOD. As viewing moves from linear to on demand it’s an area of emerging interest for advertisers.

AVOD is a broad church: It covers a lot of today’s TV and video offering. YouTube is AVOD, so is All4, so is ITV Hub, which will become ITVX later in 2022.

Any video you’re watching via the internet that contains pre/mid rolls of advertising is classed as AVOD.

In the US, the AVOD market is brimming with services

Many of the most popular US AVOD services are owned by the major networks; Disney’s Hulu, NBC’s Peacock, and Paramount’s Pluto are all sizable AVOD services.

Then you also have the likes of Roku which originated as a set-top box to facilitate access to OTT services.

Roku has something in the region of 40 million devices in market in the US making it a major means of content distribution.

Content curation was an obvious next step for them and the Roku channel is one of the biggest AVOD services out there.

You also have services like Freevee (formerly IMDb TV) from Amazon and a whole host of specialist services such as Crunchyroll, a dedicated anime streamer.

What about the UK?

Well, currently we’re still at the bottom of the adoption curve for non-broadcaster TV AVOD services.

Hulu is US-only and not available in the UK as yet. Pluto TV, the Roku channel, Freevee, Peacock, and services like Rakuten and Samsung TV Plus are all now available to watch in the UK through connected TV sets and platforms like Sky.

But the challenge for these services is that the UK is a very tough market to enter. The UK is a highly competitive market already, and the marketing cost of launching a new AVOD service is huge. Just because a service is doing well in the US, it doesn’t necessarily follow that it will replicate that in the UK.

Peacock can launch in the US because it’s owned by NBCUniversal, who have immense cross-promotional power which doesn’t cost them anything.

Peacock launched in the UK through Sky and Now TV who are owned by Comcast, the same parent company as NBCUniversal. As such it will benefit from cross-promotion on the Sky/Now platforms.

Likewise, Paramount-owned Pluto will benefit from the cross-promotional power of their UK channels like Channel 5, Comedy Central, or MTV.

But this is where the challenge lies for the services without an existing UK TV presence. How do you market your offering without spending bags of cash on paid media?

The other challenge is finding the money to invest in content that is going to put your service on the radar, and make it worth spending marketing cash on in order to drive usage. Most people agree that the content arms race is going to have to slow down.

And making your own original content that can compete with ITV, C4, Sky, Netflix, Disney, and so on is not only very, very expensive at a time when investment is harder to come by, it’s also very high risk. There’s no such thing as a guaranteed hit.

Alongside this, the market for TV content in the UK has never been more buoyant. Because of this, new AVOD services are struggling to gain a foothold. Their programme catalogues struggle to compete with the UK broadcasters and the big SVOD players for our viewing time, and the business case for investment in content and marketing is a hard one to make stack up in terms of profitability.

So how big is AVOD in the UK?

The latest data from BARB’s focal meter, which captures all viewing to IP-delivered TV across the panel of 12,000 individuals, suggests that time spent viewing AVOD outside of the broadcasters or YouTube, is as yet, simply too small to measure.

You wouldn’t immediately guess that given the noise about CTV in the UK.

This is not to say that it will remain this way forever, though. It’s a growing market, and Pluto, Peacock, and Freevee benefiting from the cross promotional power of their parent companies, who all have established content offerings in the UK, are ones to watch. However, at this point in time, the AVOD market in the UK is still very much in its infancy.

So watch the space, but do so armed with a clear view of what’s actually happening.