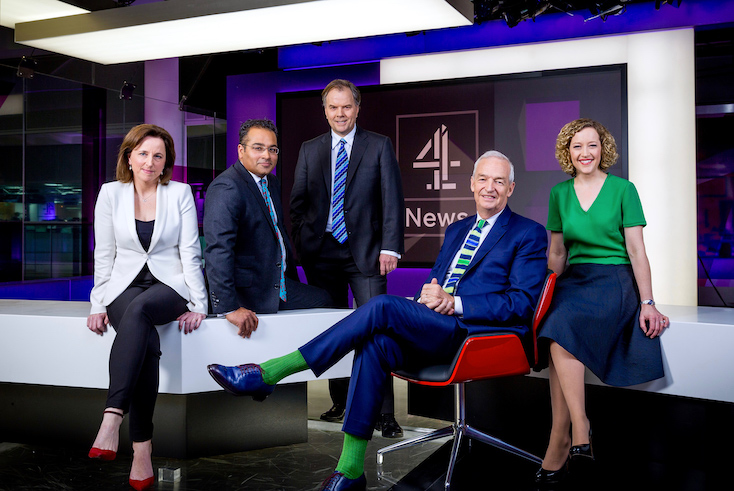 The consultation period on the future of Channel 4 closes, dramatically, at 23.45 hours on Tuesday, 14 September, 2021.

Unfortunately the most interesting question of all is whether there is any point in taking part given the Government’s expressed attitude.

As the executive summary of the Government’s consultation document states unambiguously: “The Government’s preferred option is to facilitate a change of ownership of Channel 4,” which is a euphemism for the “P” word – privatisation.

In his foreword, culture secretary Oliver Dowden puts some flesh on the bare bones of the planned privatisation.

“It is our current view, to be tested through this consultation, that a new ownership model for Channel 4 would be the best means of ensuring its future success and sustainability as a public service broadcaster and its continued contribution to the UK creative industries,” Dowden argues.

He adds that there were constraints that come with public ownership and a new owner could bring access and benefits, including access to capital, to strategic partnerships and to international markets. Private investment would also mean more content and more jobs, Dowden believes.

You could be forgiven, therefore, for thinking this is a done deal and the consultation process mere window dressing, particularly as merchant banks are thought to be already lining up for the privatisation fees and a White Paper is planned for later this year.

A truly open process would have set out three equal and perfectly rational options for the future of Channel 4 – maintenance of the status quo, modification of the status quo to give the channel greater freedom to raise capital and a third option, which might then have looked like the disruptive tearing up of nearly 40 years of public ownership.

Instead the witnesses have been led and a sale or privatisation looks like a fait accompli.

This will inevitably seem naïve but, just for a moment, set aside all conspiracy theories and take the Government at its word that it genuinely believes that “a new ownership model” would best protect the future of Channel 4 as a public service broadcaster.

After all, it is an incontrovertible fact that national public service broadcasters everywhere are coming under intensifying financial and ratings pressure particularly from the rise of the international streaming giants and the power of their subscription bases spread across the world.

So set aside ideology – that Conservatives usually prefer private to public ownership and broadcasting minister John Whittingdale has been in favour of privatising Channel 4 for  25 years and had to be restrained from pushing ahead with it six years ago.

For now, forget political malice as a motive and the revenge against astringent Channel 4 News coverage, in which ministers will not appear and melting blocks of ice replace them at election time.

Also, ignore any money that might come to the Treasury as the result of a sale. Accept that the Government is sincere in wanting to stick roughly to the Channel’s existing remit to be diverse and innovative and above all broadcast around 208 hours of news a year at peak times, plus 208 hours of current affairs (80 at peak) and the sums raised will be relatively trivial.

Complete with full obligations, Channel 4 could be worth £300 million to £500 million – say up to £1 billion with reduced obligations but then it would no longer be recognisable as Channel 4.

The key question is, whether or not a change of ownership, which the Government seems so hell bent on, is the best way of  protecting the future of Channel 4.

It looks as if the Government is determined to impose its “help” on the channel whether its executives and directors want it or not, and they have made clear this is not the sort of help they need.

It still looks like a solution to a problem that either does not exist or appears manageable without a change of ownership.

The Channel 4 business will probably produce revenues of over £1 billion this year, after coping well with the pandemic crisis and, remarkably, has a record surplus.

The risks of a sale are considerable. Obviously at the moment, surpluses are ploughed into programme making and a private owner would expect profits.

Even if a new owner were benign, and ViacomCBS has turned out to be a good owner of Channel 5, there is always the danger of drift towards greater commercialism and a weakening of obligations, plus difficulties of imposing them by regulation. Smaller independents could also lose out.

The greatest risk of all is probably the most intangible – that of undermining a culture created by a unique experiment that has proved to be very successful, funding a robust public service broadcaster by commercial means.

The other major problem with the Government approach is that  most of the benefits it is claiming can only be achieved though a “new ownership model” can already be achieved.

Channel 4 has already proved it can be innovative in the digital sphere and recently signed an extensive commercial collaboration agreement with Sky. Other international deals are perfectly possible.

If the Government seriously wants to protect the UK’s public service broadcasters step one would be to ensure prominence of  their programme guides on all devices.

As for Channel 4, how about giving it access to new capital by increasing its borrowing limits from £200 million to £300 million, a pinprick compared with the UK’s public debt of £2,224 billion.

The Government could also allow Channel 4 to own more of its programme rights. Public broadcasters were required to commission 25% of their output from independent producers.

How about inverting that percentage in the case of Channel 4 and allow it either to make or own the rights to up to 25% of what it broadcasts?

There are many ways of improving Channel4 ‘s competitive position without the risk of potentially tearing up much of what has made the channel so successful.

For those who think the risk of “a new ownership model” is too great a one to take, and who for some reason still suspect that the Government approach is being driven by ideology and political malice, don’t forget the deadline for submissions is 23.45 next Tuesday.

The Government’s mind may already have been made up but at least they will have been warned of the dangers of messing up one of the more imaginative creations of Margaret Thatcher’s Government.

No commercial channel offers anything like this content. For this reason Channel 4 should stay in public ownership.”
AnthonySutcliffe, Retired, None, on 14 Sep 2021
“Channel 4 has proven to be an excellent source of high quality programmes, minority sports and culture output, and superb documentary and news production.

I believe that to make changes to the current management and structure of the Channel and its operations would inevitably lead to a significant reduction in the quality of the output. The changes proposed would not improve the operations and output; they would inevitably result in an increase of material designed to offer greater profit avowed cost; and in greater process, eliminate the material for which Channel 4 has justifiably earned a high reputation.

It's clear that the proposals are politically motivated; and I hope that they are not implemented.”
KevinMitchell, None, None, on 14 Sep 2021
“Please leave ownership and format alone. It works very well and provides an alternative viewpoint from the increasingly ‘sanitised’ and ‘politically correct’ content of the BBC. There is a strong suspicion this proposed move is to ‘silence’ an increasingly vociferous opponent of the current government. Keep politics out of broadcasting.”
KennethBardsley, Retired, kenbarsystems, on 14 Sep 2021
“Hands OFF Channel 4. It is the ONLY tv outlet in the UK speaking truth to power at the moment.”