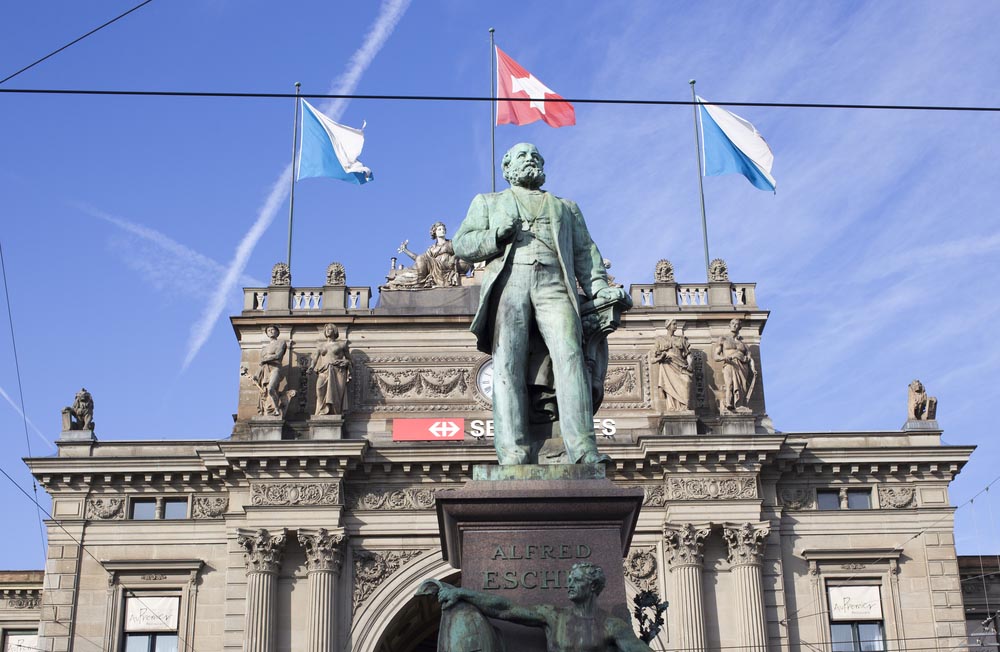 At the deepest level, entrepreneurial motivations are about more than the accumulation of wealth, writes Arif Durrani as he celebrates Bloomberg Media’s award winning work with Credit Suisse

When railway tracks were being laid across Europe in the 19th century, Switzerland, with its looming Alps and location between giants France and Germany, was at risk of being left out of the trans-European network, and potentially isolated.

One entrepreneurial business leader, Alfred Escher, identified what he called “the danger that Switzerland will be entirely circumvented,” and pledged to set about developing the country’s railways.

His first major challenge was how to finance the project. Such rail infrastructure required large sums of upfront cash that invariably came with ownership strings attached if borrowed privately. So Escher founded the investment bank Schweizerische Kreditanstalt, or Credit Suisse as it became known.

In the proceeding 160 years, both the railway and the bank have played vital roles in the country’s development on the international stage.

Credit Suisse has become a leading global provider of financial services. It was the first major Swiss bank to establish a direct telex connection with New York in 1951, introduced the first telephone banking service in 1993, and was a pioneer in internet banking in 1997.

The bank for entrepreneurs

Credit Suisse wanted to remind businesses of its heritage as part of a wider marketing strategy, and to provide inspiration for today’s intra- and entrepreneurs.

Bloomberg Media Group devised a content partnership that would explore ‘The Power of Entrepreneurial Thinking’ and position Credit Suisse at the heart of the discussion. Our strategy was informed by a global study into entrepreneurial thinking among Ultra and High-Net-Worth individuals, conducted by Ipsos MORI.

It involved quantitative and qualitative research among more than 300 individuals and semiotic analysis of entrepreneurially minded business leaders. Our group included individuals on Forbes’ 2018 Billionaires List and EY’s Entrepreneur of the Year in China.

We were able to reveal some universal motivations behind entrepreneurial mindsets, and unearth a range of defining behaviours and traits. We found the entrepreneurial mind is the common ingredient that unites different, successful types of business leaders.

The general perception of the entrepreneurial mind is evident in an entrepreneurial personality – the openness, the work ethic, resilience, confidence, and the social skills – all which play an important role in shaping actions in business.

But by digging a little deeper, we identified five core characteristics that have a significant impact on behaviour: an intense passion for work and tackling challenges, a relentless curiosity, the ability to be comfortable with failure and to learn from it, the ability to manage risk, and a willingness to challenge the status quo when required to identify new opportunities or better approaches.

At the deepest level, entrepreneurial motivations are about more than the accumulation of wealth. The essence of the entrepreneurial mindset can be expressed as “a restless desire to do better”. Our partnership found that this essence transcends markets, languages, business sectors, and culture.

Introducing the research, Tidjane Thiam, CEO of Credit Suisse, said: “The insights we gather distil the entrepreneurial spirit down to its very essence. They illuminate the inner workings of an entrepreneurial mind and what drives the movers and shakers of our time to take it to the next level.”

Our insights into entrepreneurial thinking were further explored in a series of features on Bloomberg.com, and culminated in a short documentary featuring Marissa Drew, CEO of Impact Advisory and Finance at Credit Suisse, and presented by Nick Giles, co-founder of campaigning agency Seven Hills and author of Mission: How the Best in Business Break Through.

Our partnership, handled by Havas Media, challenged a number of misconceptions. For example, the idea that entrepreneurs are supreme risk takers. We found they are better defined as great risk managers. They identify risks but, driven by a sense of purpose, are quick to create plans to mitigate them.

This year marks the 200th anniversary of the birth of Alfred Escher. A suitable milestone for our work around the power of entrepreneurial thinking with Credit Suisse to be recognised as the Best Brand & Media Owner Partnership at the World Media Awards.