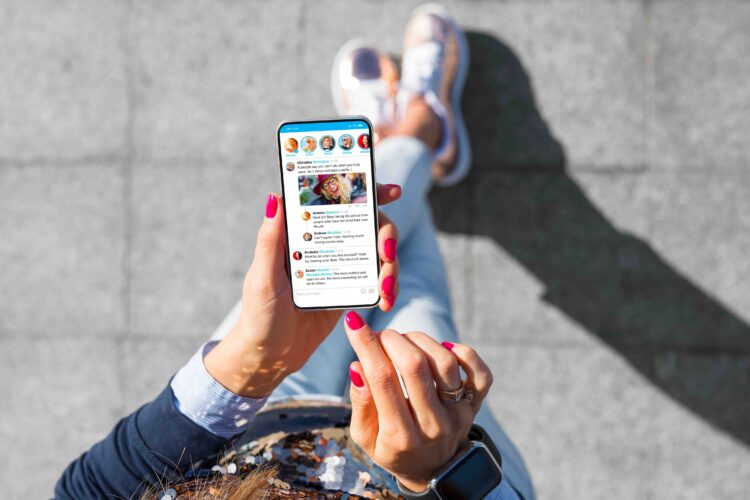 Gen Z are just as interested in quality news as their elders. They just consume it in a different way.

When TikTok emerged on the global scene in 2018, much like with any other social media platform, there was no way of knowing how successful it would be or, realistically, what people would use it for.

Of course, when the pandemic hit and there was nothing to do but pace the room or watch Tiger King, it was mostly used for dance videos and singalongs – something that the over-30 brigade initially tried to keep up with (a valiant effort, it must be said), but that ultimately secured it as the mainstay of Gen Z.

Given all this, it could be argued that BBC News only joining the platform in March this year is understandable. After all, what place do hard-hitting headlines have amongst videos of cats miaowing along to Harry Styles?

But I don’t think they should be let off that easily. Though their excuse for taking their sweet time is that they didn’t want to “spread themselves too thin“, the real reason is that they, like so many other media companies, underestimated how powerful such a platform could be.

What took so long?

It was the same when Instagram emerged. With consumer brands and celebrities making up the majority of its early adopters, it took most news outlets longer to be persuaded away from platforms like Twitter and Facebook, where it was easier to get likes. Of course, if we look even further back, there was a reluctance to join even those, as well.

This, I feel, is more understandable – social media as a general concept was still new in the mid-noughties and clear links between effort and reward were yet to be established.

But, given that @bbcnews has seen such huge success on Instagram (at the time of writing, it has 21.5 million followers) and its competitors have been using TikTok for years at this point, the fact that it’s taken them so long to follow suit seems ludicrous.

BBC News’ digital director, Naja Nielsen, blamed a lack of resources for its dilatory uptake of TikTok, but major doubts over how much attention news content would get on a platform mostly used for entertainment seems the more likely reason.

The fact that its total turnaround has coincided with the huge popularity competitors such as Sky News have enjoyed on the platform since the start of the Ukraine war (its follower count has shot from 80,000 to over 1 million since the start of February) only supports this further.

Let’s be honest, here: the Beeb massively underestimated TikTok and now they’ve seen the appetite users have for news content, they want in.

Fast and engaging content must not be written off

This speaks to a wider misconception the old news guard has of Gen Z. Whilst millennials continue to battle the fallacy that their house deposit is sitting on the other side of a few forfeited avocado toasts, Gen Z must fend off the idea that they are banal, vacuous, easily offended and quick to lose interest.

This isn’t true. Gen Z are just as interested in quality news as their elders. They just consume it in a different way.

Generally speaking, these audiences don’t want long, televised speeches from grave-faced people in suits. They want the highlights – the quick-fire stories from people working or living in the places they’re reporting from – delivered to them on the social apps they already use.

And who can blame them? On the few occasions I’ve watched the News At Ten (usually when visiting my parents) I’ve come away feeling tired, defeated and, in all honesty, quite bored.

A quick scroll through TikTok leaves me with an entirely different sensation – the stories are fast, engaging and, most importantly, not dumbed down.

And, whilst I understand that big corporations want evidence that an app is going to stick around before they plough resources into it, taking almost half a decade to create a presence on one that now has over 1 billion monthly users is baffling.

This, frustratingly, is what legacy press brands continue to get wrong. They take longer than they should to join the social media platforms typically used by young people because they’re in too much of a flap about what they’re going to post on them. It happened with Instagram, it happened with TikTok and it’s sure to happen again with whatever comes next.

Social media isn’t going anywhere. If you don’t want to fade away as your older audiences do, you’re going to have to get on board with it to engage with young people. The good news is, young audiences want the same news as everyone else – they just want it delivered to them in a way that they actually enjoy.

In this case, the proverb isn’t right: Muhammad probably isn’t ever coming back to the mountain. So it’ll be up to you to follow him to whatever app he’s going to next. And preferably in less time that it takes him to join and then graduate from secondary school.

Big Picture: The Media Leader’s weekly bulletin with thought leadership and analysis by the industry’s best writers and analysts.
Sign up for free to ensure you stay up to date every Wednesday.