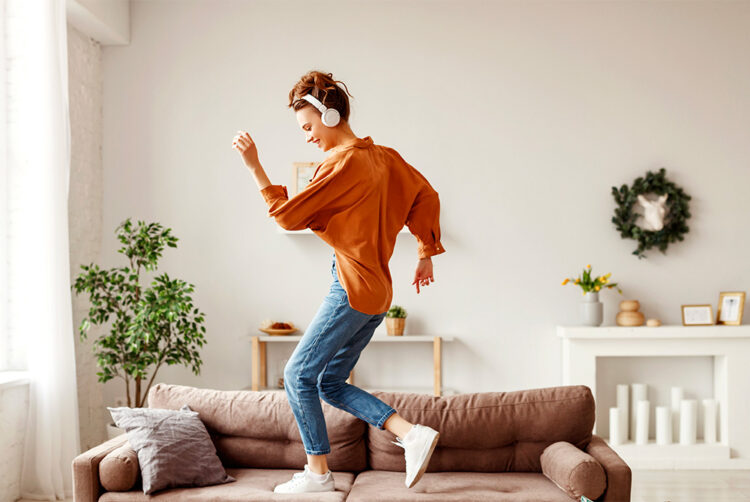 The data is in: audio has established itself as a powerhouse for content creation that is now second to none in media.

When MTV launched in 1981, it was a watershed moment for media, advertising, artists and consumers. On one channel, viewers could see the innovation of David Bowie, and Michael Jackson, in between Lucozade ads. A wonderfully weird but effective combination that made appointment T.V.

MTV and the other offshoots killed the radio star by ushering in a voyeuristic cultural phenomenon. Viewers were introduced to the visual brilliance of the stripped-back grunge of punk rockers, the shell top, Kangol and Kooji of hip-hop and everything in between.

Music television and its streaming cousins would surely be the end of audio? No. History has a way of repeating or mutating.

One of the fundamental ingredients for the success of media in all its forms has been the ability of media to shape, influence and carry culture. As social media and technology became accessible to everyone, so did having a voice.

Ben Hammersley is credited for coining the phrase ‘podcasting’ in his 2004 article, The Audible Revolution. In his article, Hammersley caught on to the zeitgeist that was happening with online radio. He acknowledged that the creators recognised talk ‘can be cheap’ and the historical barriers to entry for getting content heard simply no longer existed.

Consumers didn’t have to be at home, in a car or had to carry a boom box to engage in conversations. Creators didn’t require a contact, access to a network in the industry, or thousands of pounds for production equipment. Through MP3s and iPods consumers could engage with their former radio stars and personalities they started to visit on the web. Equally, with relatively cheap equipment, creators could get online and share their content.

At the same time, the audio revolution was growing, so was the shift in culture. The public wanted to hear from everyday people. Up until this point journalists, broadcasters and celebrities were the go-to sources for information and culture.

However, Twitter and Instagram rose to prominence at the same time. It was a lethal combination. Once online radio and podcasting had Twitter and Instagram as their own personal agencies, audio exploded. Anyone could record and share their opinions on just about anything and people wanted to consume multiple forms of audio content.

Like video, audio had its own off-shoots: Spotify, Apple, Audible and others who wanted to tap into the movement. Audio didn’t die, it just multiplied.

Audio is a movement, not a moment

Cynics will often refer to Audio as “having a moment”. To be clear, consistently increasing market share and consumers since 2004 is a movement. What sits behind that commentary is the realisation that the ‘old guard’ has changed. The commentary is a passive-aggressive attempt to maintain a hierarchy that is long gone.

The data tells a compelling story. According to Beyond Words, in one week in 2021 75% of 16+ in the UK and 73% of 12+ in the US listened to online audio. That ranged from audiobooks, podcasts, to commentary.

For example, this means that in the US alone 192 million people listened to online audio. In just one week.

There are several aggregators who share similar data around the numbers. They all say the same thing, audio has established itself as a powerhouse for content creation that is equal to if not a leader to forms of content consumption.

The video star died; the content star is reigning. Audio has returned to its spot for being one of the go-to sources for content, adspend and cultural influence.