As Channel 4’s ratings crater – could privatisation be a good thing? 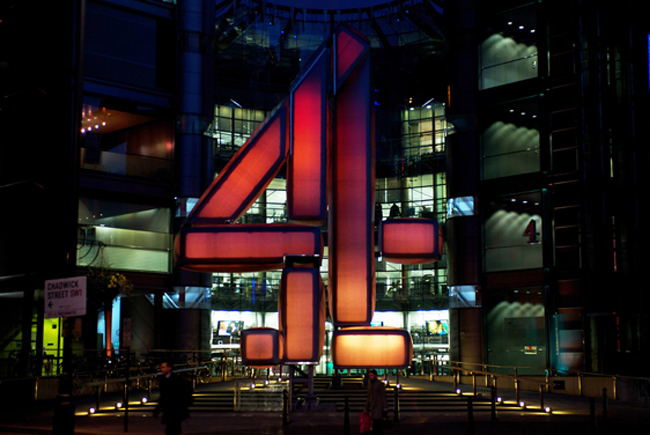 Channel 4 should consider getting genuinely committed editorial talent (on reasonable salaries) at the helm – before it’s too late.

A welcome ray of sunshine for the network – as otherwise the situation could be described as bleak, with declining ratings and the ongoing threat of privatisation hanging like the sword of Damocles above it.

In more than a few ways, Channel 4 is the author of its own misfortune – or at least the management team of CEO Alex Mahon and chief content officer Ian Katz.

New commissions Mega Mansion Hunters and dating show Language of Love shouldered much of the blame, resulting in both programmes being shunted later in the network schedule.

But these are perhaps signs of the wider malaise affecting Channel 4 at the time when it should be creatively firing on all cylinders to justify its continued existence as a public service broadcaster.

Straying too far from the C4 remit

Everyone makes mistakes, but many recent errors on the part of senior executives appear self-inflicted, with a baffling absence of forethought.

Case in point being Katie Price; why on earth would Channel 4 invest in commissioning shows starring such an obviously troubled person?

One would think that Caroline Flack, Love Island contestants and Jeremy Kyle guests had never happened.

Not to mention many would say that the viewing public have seen quite enough of Price’s antics since her rise to tabloid fame in the 2000s.

Ratings grubbing from commissioners who have strayed too far from C4 remit seeking an easy win?

As Andrew Neil would say, “public service broadcasting at its finest”.

For both Channel 4 and the BBC, I’m often reminded of the John Lennon quote: “Jesus was all right, but his disciples were thick and ordinary. It’s them twisting it that ruins it for me.”

For Jesus, read the idealised concept of the BBC and Ch4; the disciples being the mediocrities who tend to end up running things.

Many in the TV industry think that privatisation of the channel is almost a foregone conclusion, despite what could be termed the justifiably self-serving campaign of independent producers and allies to ‘save’ Channel 4.

Naturally independent producers want their lucrative commissions to continue; the use of low-cost freelancers would probably be less likely if a new owner began producing shows in-house.

Ch4’s fightback against privatisation hasn’t been helped by initiatives such as last year’s toe-curling ‘weirdo’ campaign, which appears to be echoing Dominic Cummings’ bizarre adverts for staff at #10 when he was in post as PM Boris Johnson’s éminence grise.

The defence of the broadcaster externally has occasionally been half-hearted, with some supporters of the campaign reluctantly admitting that the channel is no longer what it used to be (presumably referring to the glory days of the 80s/90s).

C4 top brass have contributed to this perception in no small way, seemingly ignoring the broadcaster’s remit in poaching hit shows Bake Off and Taskmaster from other channels, reviving BBC1’s Changing Rooms and hiring over-familiar ‘talent’ such as Anne Robinson, ‘Keith Lemon’ and Amanda Holden, as well as keeping Jamie Oliver and Davina McCall in business for decades.

The rot, of course, began before Mahon and Katz arrived at Horseferry Road.

When Black Mirror was poached by Netflix, the whining from then creative head Jay Hunt (her justification since refuted by Charlie Brooker) seemed somewhat hypocritical.

“Channel 4 said they wanted to make more Black Mirror,” Brooker explained to the Radio Times. “We agreed to do four more episodes, but this time they wanted to see detailed synopses of each film in advance, which I thought was outrageous at the time.”

Stunts like last year’s Black Takeover Day, (which some viewers regarded as condescending) and the pre-2019 election ice sculpture caper may play to the base but appear tokenistic and juvenile to many.

Creative head Ian Katz has form with this kind of headline grabbing when he was editor of BBC Newsnight and has imported this approach to promoting the channel, which occasionally misses the mark, as evidenced by the ‘creepy’ Naked Attraction bus ads last year.

What a bright spark in the C4 marketing department believes is irreverent wit too often comes across as merely puerile attention-seeking.

Reports regarding bullying on shows commissioned by the broadcaster hardly helped in terms of the desired image, while CEO Alex Mahon’s praise for The Sun‘s stance on racism in football struck some as ill-judged given the newspapers’ very mixed history on the subject:

There’s also an argument to be made that a privatised C4 with its own production entity would see less of the bullying alleged on some indie producer sets – which understandably C4 currently can’t do that much about without hiring teams of inspectors to spot check productions.

We might also be spared the baffling sight of C4 funding millionaires’ (often vanity) production companies, such as David Coulthard and Sacha Baron Cohen.

Add to this the near £1m salary (+ bonus) drawn by current Ch4 boss Alex Mahon, which at least in terms of the dreaded ‘optics’ isn’t a great look for a public service broadcaster.

The aforementioned tin ear regarding public perception was on full display last year when Mahon turned up in Parliament to take questions from MPs decked out in designer clobber and sporting almost £50,000 worth of jewellery.

In a country enduring a pandemic and facing a looming cost-of-living crisis Mahon’s gaudy fashion show was bone-headed at best.

Surely a colleague asked Mahon whether she really thought that her outfit was appropriate for the occasion? Probably not, knowing the arrogance, cosseted lives, lack of emotional intelligence and entitled attitude of certain senior media types in the UK.

Clear out the Augean stables of senior management and get genuinely committed editorial talent (on reasonable salaries) at the helm – before it’s too late.

A return to something resembling the channel’s original remit, headed by a team who don’t appear to be riding the gravy train would go a long way to counter the likes of Nadine Dorries and Oliver Dowden.

To some industry observers, a privatised Ch4 with an enforceable Public Service remit and guaranteed commitment to UK production, both inhouse and indie, can hardly be worse than the current state of affairs.