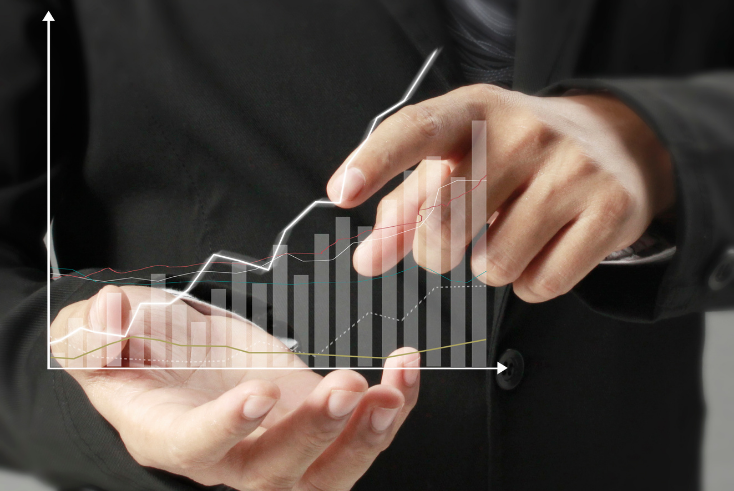 For as long as Dominic Mills can remember, adspend and GDP have gone up and down in sync together. But now it looks as though the link has broken, in a good way

It’s fair to say that the commentariat has worked itself up into a state of excitement at the news last week that P&G, a company for whom marketing runs through its DNA like a stick of rock, had upped its media spend by 12% in the year to June, and by 21% over the past two years.

Here’s Mark Ritson showering praise on its actions. It was, he says, proof of the value of advertising during tough times, the courageous thing while other major advertisers (eg Coke) blinked.

Absolutely. But what was interesting to me was the way in which P&G’s increase was double (12% v 6%) its increase in sales volumes over one year with a similar differential over two years (21% v 12%).

One interpretation is this is genuine investment — ie spending now for future gain.

Another is that P&G faces more competition than ever before, not necessarily from its peers but from a whole rash of small, agile competitors, many selling direct to the consumer or via Amazon, and many of which are backed by venture capital money.

The increase in ad spend therefore, could be construed as the construction of a defensive moat, an attempt to head off the competition by bolstering its own brands.

Note too that the increase in spend beats increases in GDP.

Now hold those thoughts while we consider the broader picture in the UK, as demonstrated two weeks ago by the release of the AA/WARC figures looking at projected adspend growth of 18% for the whole of this year and 7.7% for next.

A remarkable figure for this year certainly, and pretty good for next too.

Now, some of this year’s spend may be seen as making up for lost time — getting overall levels back to where they were pre-pandemic and then some, and probably a mix of brand and sales. But apart from some big-ticket items where consumers may have held back, a lost sale is a lost sale, so I don’t think that is a full explanation.

To me, the striking thing is that adspend growth far, far outstrips GDP growth — forecast this year at 7.25% by the Bank of England, and next year at 4.5% (other forecasters have higher numbers but not significantly so).

As long as I can remember, adspend and GDP have always tracked each other within a narrow band (just over 1%), with adspend usually leading into a recession and lagging as we came out.

Just think of what happened in the financial crash 12 years ago, and before that in 2000 (the dotcom bust) and then in the early 90s (Black Monday).

AA/WARC (and thanks to both by the way for the emergency supply of the following numbers) figures show this.

Thus we have a reasonably steady link between the two until, perversely, in the Covid year of 2020.

Sure adspend fell — by 4% — but by less than half the fall in GDP, so it is possible that the umbilical link between adsend and GDP may already have broken, albeit in a reverse kind of way.

So why might this change be happening now? I can think of five reasons, mostly (it seems to me) inter-connected.

One, new competitors spring up everywhere as barriers to entry fall

Time was for example, if you were a bank, your competition was another bank just like you. Now it’s Monzo, Revolut, Starling and so on. If you were a supermarket, it was Lidl and Aldi. Now it’s Getir and Weezy. If you’re P&G, it was Johnson & Johnson, Unilever or Revlon, now it’s minuscule beauty or eco-friendly household brands they’ve only just seen on the radar.

Three, the low cost of media

Retail distribution aside, one of the classic defences of old-school brands was the high cost of media. You had to have lots of money to get noticed. But these days, thanks not just to Facebook and Google but to millions of online publishers, you can buy tons of media for not a lot, and as much or as little as suits your budget.

These brands don’t need expensive retail outlets or the scale or ad budgets to give themselves leverage with Boots. They sell via Amazon or direct. But they do need to be constantly in the consumers’ faces. E-commerce and e-communications are one and the same. More adspend therefore.

Five, underpinning nearly all of this is cheap money from venture capitalists and other investors

Most of that money is set aside for advertising, since the primary need is to get traction as fast as possible, whether that involves brand-building or just meeting the next quarter (or week’s) sales targets.

Off the back of the AA/WARC figures, Mark Lund and Richard Morris offer the theory that growing adspend is proof positive that it drives growth, for some of the same reasons, but with one extra one: that the industry is now better at measuring its impact.

“Our industry has pioneered sophisticated measurement techniques that have become critical infrastructure in guiding media investment,” they say.

Perhaps, although some would say it is a step too far, it’s not just measurement but an overall step level in effectiveness that is also driving these changes.

Hmmm. I’d like to think that was true, but when you see some of the crap that passes for commercial communication, it’s better to say there’s still some way to go.

It might be premature to say that we are now seeing a permanent step change in ad budgets, certainly given the probability of further economic shocks.

But given that the majority of the changes I outline are here to stay — the unquantifiable being cheap money — then there’s room for optimism.