A lack of media transparency is hurting brands. Here’s what they can do about it 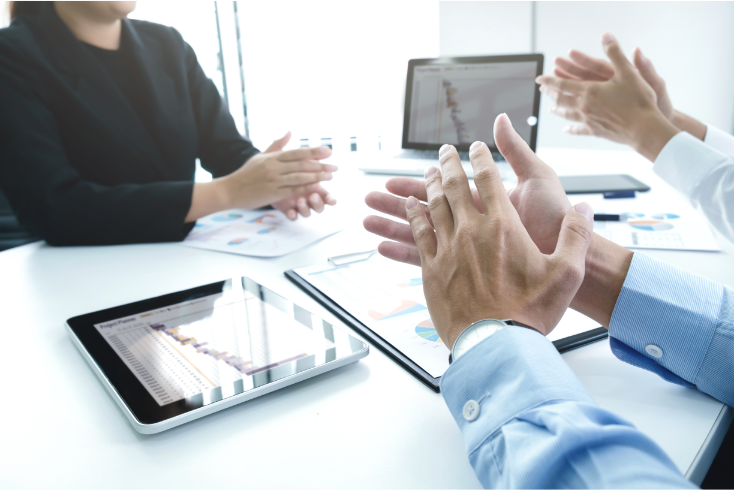 Grey revenue is still very much the norm and unless advertisers are willing to seek meaningful change, chances are that the inertia will remain ongoing for years to come.

What does it take for advertisers to build steady, stable and accountable relationship with their partners?

Discussions around media transparency have been ongoing for some time. Many advertisers feel as if they’re not getting the complete picture, as far as the allocation of their media budgets goes. When companies spend a lot of money on media, they often lack clarity about what they’re getting and exactly what they’re spending money on.

Numerous studies have been carried out on the topic and some of the general findings are universally applicable. There’s a basic disconnect pertaining to the advertiser and agency relationship. Potentially problematic agency conduct is often concealed within major transactions, enabling agencies to sometimes act on their own account instead of on the best interest of clients.

This is why a more thorough focus on media transparency is of paramount importance. Through careful examination, advertisers can have full sight of the supply chain and a better understanding of expenditure/campaign effectiveness.

What is media transparency?

From an advertiser’s point of view, the term media transparency refers to having information about what media has been bought, where it was placed and how much it was bought for. it also relates to having full disclosure on agency rebates, benefits and more in general on AVBs (Agency Volume Benefits or Annual Volume Bonuses).

Unfortunately, numerous issues stand in the way of ensuring complete transparency. Some of the key problems include the following:

A deeper look into AVBs

Because AVBs contribute to the largest share of transparency issues, they need to be examined further.

Rebates paid by media companies to agencies (without being passed on to advertisers) have been a part of the equation for a very long time. In traditional media like television or radio, for example, AVBs can total as much as 5% of the overall spend. For out of home advertising, such rebates can reach a much larger chunk – up to 15%.

In digital media, rebates are estimated to reach significant values ranging anywhere between 20% and 35%.

By nature, AVBs have always been highly non-transparent. This aspect of the interactions between media and agencies makes them very difficult to track and assess accurately.

As of now, we rely on AVB benchmarks by country and by media channel to provide clients with information about market competitiveness.

But why exactly are such rebates and incentives a problem? The issues with them are fairly easy to understand.

For a start, the provision of financial incentives can influence agency decisions about buyer placement. Larger parts of advertising budgets will be allocated to media outlets that aren’t necessarily a good fit to the needs of the advertiser.

In addition, the lack of transparency could also lead to advertisers not receiving their share of rebates that the agency has been enjoying. The topic of ‘who is entitled to rebates’ is a hot one and views tend to vary. AVBs are connected to an agency’s cumulative financial investment in a media. Hence, many advertisers believe they’re entitled to a share that’s proportional to their expenditure.

Very often, an advertiser’s contract with a media agency doesn’t even address the topic of agency volume bonuses. This is why, a deeper look into the relationship between a client and an agency would be required to address current market realities and promote some healthy change as far as transparency is concerned.

What could happen if the situation remains unchanged?

Since questionable rebates have been a part of the equation for some time already, you may be wondering whether the impact of the status quo is going to be so significant in the absence of change.

If media owners, agencies and advertisers don’t come to an agreement, national involvement in the form of a new legislative framework is likely.

Mexico is an example of a country where such legislative changes are taking place. On April 30, 2021, the Mexican Chamber of Senators and Deputies passed on a new media transparency law aimed at combating unfair practices within advertising contracts.

The law went into effect in September of the year and among other things, it ensures that agencies may only receive compensation that has been agreed to by an advertiser pursuant to a contract. In addition, all discounts and rebates that agencies receive from a media owner must be passed on to a client in full.

France provides a similar example. Its Loi Sapin on media buying went into effect back in 1993. In 2015, the law that instills media buying transparency was expanded to include digital advertising, suggesting that an intermediary can only work on behalf of an advertiser (an intermediary is prohibited from working with a buyer and a seller at the same time).

We still have a long way to go, however, as far as complete media transparency is concerned. Issues surrounding rebates and AVBs encompass media across the globe. China is perceived as the least transparent market with widespread rebates and multiple layers of intermediaries between media owners and advertisers. The situation is quite similar in Ukraine and a high share of agency revenue is derived from media owners rather than from advertisers.

Across countries covered in the global study, the lack of visibility into the digital supply chain is quoted as the most common issue. Rebates are considered most prolific within digital media in about three quarters of the countries being studied. France is currently described as the most transparent market due to the effects of Loi Sapin.

What advertisers can do about media transparency issues

The fact that media transparency issues like difficulties in AVB tracking are prevalent doesn’t mean advertisers are completely powerless. There are initiatives that can be undertaken to change the situation and provoke meaningful transformation.

For a start, many medium and small advertisers aren’t addressing transparency issues at all. While the conversation is ongoing and the topic is hot, many don’t even make it a point to counter poor practices and raise their voices against such.

Failing to address practices like non-transparent rebate policies will only lead to problems for the advertisers. Some of the common issues that could potentially be experienced include poor media performance, lots of media wastage and essentially – subpar effectiveness of media campaigns.

All advertisers can make sure their media agency is compliant with media transparency best practices. To do so, clients can employ the services of a media expert to review a media agency contract. High quality assessment options are available free of charge, which makes them suitable for advertisers of all sizes.

Additionally, advertisers need to train marketing and digital brand teams about media transparency. Enough knowledge and understanding will enable such teams to challenge agencies and hold them accountable. Reliable media transparency courses are also out there, some even offering a free trial for a more thorough assessment.

Media transparency is still an issue, not only in countries like China but in Western nations like the US, UK and other European countries. Some questionable practices have been a part of the media buying process for decades and it’s time to start seeking change proactively.

It’s essential for agencies to be held accountable, especially when it comes to the covert relationships they may have with media owners. According to the Global Media Transparency Index report, the task can be accomplished in a number of ways. For example, contracts need to start covering all forms of income that agencies generate through their transactions with media owners. The method of calculating rebates will also need to be well-defined and customized to address the specifics of the situation.

Most importantly, it’s time for all advertisers to start putting emphasis on education in the field of media transparency. Teams that are aware of industry practices are the ones that can hold agencies accountable, provoking meaningful change.

While audits are still difficult to carry out due to the fact that AVBs are very difficult to track, it’s essential for clients to start challenging their media agencies. Non-transparent practices like cash rebates, value rebates and referral fees need to be pinpointed and eliminated. Media agencies should only get one source of income (from their clients), and their remuneration should be fair and balanced.

Grey revenue is still very much the norm and unless advertisers are willing to seek meaningful change, chances are that the inertia will remain ongoing for years to come.

Philippe Dominois is a Mediatel News columnist, co-founder and CEO of the global media consultancy Abintus Consulting, and lead coach at the Abintus Academy