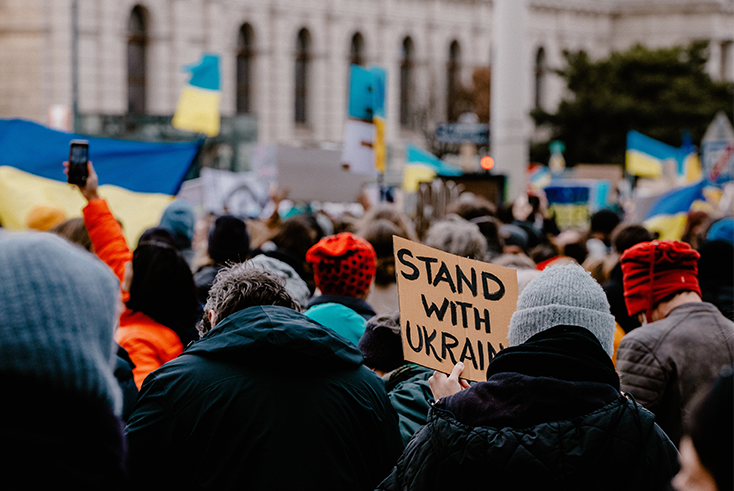 WPP has partnered with the Ukrainian Government for a new pro bono campaign to urge foreign business investment in the war-torn country.

“We want the world to know that Ukraine is still open for business and has the potential to be a key cultural and digital technology European hub,” Tkachenko said, adding that the initiative will help create the right conditions for inward investment from visionary business leaders and investors.

WPP agencies from Ukraine, as well as Poland and Czech Republic, will collaborate with the Ukrainian government on “Advantage Ukraine” to tell the global community that despite ongoing defense against Russian aggression, the country is open for business.

The war in Ukraine has helped to contribute to a 26% decline in adspend in Eastern Europe.

According to a World Bank estimate, the Russian invasion will shrink Ukraine’s economy by 45% this year; the Europe and Central Asia region is more generally forecast to shrink by 4.1% compared to a pre-war estimation of 3% growth – a contraction twice as large as the economic pain caused by lockdowns during the Covid pandemic.

World Bank VP for Europe and Central Asia Anna Bjerde said in April: “Ukraine needs massive financial support immediately as it struggles to keep its economy going and the government running to support Ukrainian citizens who are suffering and coping with an extreme situation.”

Despite ongoing humanitarian and military aid from the US, EU, UK, and other countries, the war has jeopardized foreign direct investment to Ukraine, which peaked at $10.7bn in 2008.

“We are very proud to be able to support Ukraine directly through this campaign,” said Read.

“Creativity has the power not only to solve commercial problems but to address some of the biggest issues we face. WPP’s partnership with the Ukrainian government will aim to do both – underlining the enormous commercial potential of the country while supporting the economic recovery essential to rebuilding Ukrainian social and cultural life and ensuring a positive future for its citizens.”