World Cup Christmas in 2022: Brands urged to plan early for ‘opportunity of decade’ 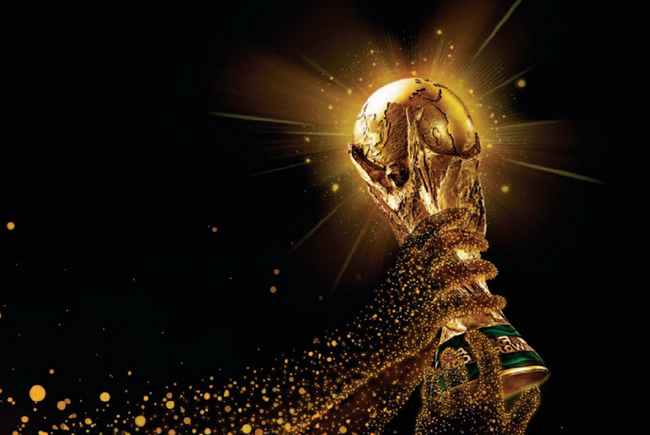 It is now 367 days until the first match of Fifa World Cup in Qatar and brands should start preparing their campaigns early, advertisers were warned today.

Spokespeople from ITV, Thinkbox TV, Twitter and Zenith hosted a World Cup Seminar organised by Publicis Groupe to spell out what marketers need to consider when trying to consider advertising strategies around the globally popular tournament.

The World Cup is being held for the first time in the Middle East next year, from 21 November to 18 December. This comes just at the time when UK advertisers would normally plan their festive campaigns – traditionally the most important marketing period in the calendar.

“It’s a World Cup Christmas next year and we think this could be the decade’s biggest set piece opportunity for advertising and media planning,” Richard Kirk, chief strategy officer at Publicis agency Zenith, explained.

Several factors like varying kick-off times, England’s progression in the tournament, selection of teams for knock-out stages, and cross-over with strong alternate programming like I’m A Celebrity, The Great British Bakeoff, and flagship dramas and films slated for the winter were pointed to as significant considerations for advertisers during this period.

Focus on reach not price

Matt Hill, director of research and planning at Thinkbox TV, highlighted how it is the first time the tournament will be happening at this time of the year where people are going to be watching winter content and football matches together while deciding on purchases of ‘big ticket’ items for Christmas.

This mass live and shared audience is significant, as advertisers can reach more people in the right mindset to buy when consumers can discuss purchases with friends and family, Hill commented.

Hill stressed focussing on cost effectiveness rather than efficiency as prices and demand will be high over this period, but audience supply will also be high meaning advertisers will be able to reach higher levels of targets at lower cost levels.

Based on trends from Euros 2020, this audience is younger, a higher proportion are male and upmarket which is attractive to advertisers as he concluded: “It is the best-in-class ad environment.”

ITV says start your planning as early as possible

Michael Curtis, trading controller at ITV, explained how it will share matches with the BBC with 32 out of the 64 matches shown exclusively on ITV, and the rest shared with the public broadcaster.

Curtis noted that the BBC tend to have a different focus to ITV on which matches they want to broadcast,  with a preference for knockout stages, and this will start to be hashed out around April.

ITV was keen to build on the success of Euro 2020 with its broadcast of the England v Denmark semi-final averaging 17.7 million and reaching a peak of 26.4 million.

ITV will provide packages with scalable investment options and give presentations to its advertisers from Q1 2022.

Not just an opportunity for TV

To back this up, she claimed Twitter had grown 10% where some of its competitors had dropped by a couple of percentage points during the Euros.

Manoras added that planning your Twitter strategy early will help as it will have exclusive video packages with ITV and other limited inventory giving prime advertising opportunities during World Cup matches.

She said that other football tournaments going on throughout 2022 like the Europa and Champions League can also be used as environments to test and learn different formats for advertisers in the run up to World Cup.

Kush Bhardwaj, business director at Zenith, highlighted that there were also opportunities for advertisers in OOH and cinema to capitalise on as well as TV and social media.

He said he expected next year’s OOH market to be more “buoyant” so it would be advisable to plan earlier on in the year.

This, alongside big cinema releases slated for Q4 next year like the Marvel’s Black Panther: Wakanda Forever and DC’s The Flash, makes it “a really good time to be on the air”.

Bhardwaj also pointed out that, while normally TV viewing is skewed 60% female to 40% male, for sports tournaments like the World Cup it tends to flip on its head to 60% male and 40% female, which may surprise some expecting a more male-dominated environment.