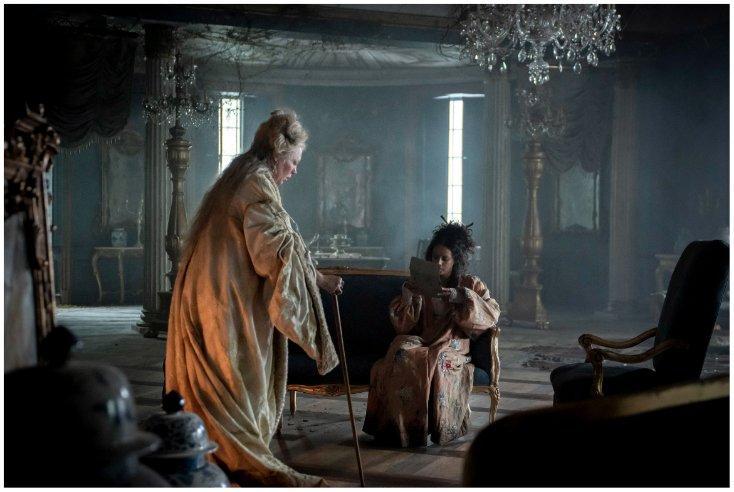 Some TV series could benefit from a remake, but others definitely couldn’t.

If there’s one thing in life that’s a constant, it’s the tendency of TV executives to revisit tried and tested properties to chalk up what they hope are easy ratings wins.

I mean who honestly, really wants to see yet another version of Charles Dickens’ morality tale A Christmas Carol?

I had thought that Guy Pearce’s Death Metal take on the story for the BBC back in 2019 had sated the public appetite for Ebenezer Scrooge’s miserly antics for at least a few more years.

Christmas 2022 will see two fresh versions, with an animated musical for Netflix and a contemporary comedy wittily titled A Christmas Carole for Sky, starring the ubiquitous Suranne Jones.

Coming down the pike is the BBC’s second pointless stab at Brideshead Revisited (after the 2008 film), and new Elephant Man series.

Hopefully not written by Andrew Davies (Pride & Prejudice), otherwise viewers might be treated to the sight of a shirtless Joseph Merrick working out in the quad of London Hospital as young nurses ogle him from the windows.

And coming up is another go at Great Expectations, this time from Steven Knight, who brought us the aforementioned doom-laden A Christmas Carol.

And of course, we’ve recently been treated to more remakes in the shape of The Ipcress File (ITV), The Midwich Cuckoos (Sky) and Persuasion (Netflix).

In the spirit of midsummer amusement, how about a few remakes of shows that could benefit from another bash at them, plus a few hitherto unexploited possibilities.

Evelyn Waugh’s WWII trilogy was mangled by Channel 4 in 2001, when the broadcaster condensed the books into a mini-series with a totally miscast Daniel Craig as gentlemanly Catholic aesthete Guy Crouchback.

Time for a do-over.

What better time for a series version of George MacDonald Fraser’s bullying anti-hero?

The 1975 movie was OK, but Malcolm McDowell was a tad puny for the role of the swaggering Victorian adventurer.

The 1969 movie version of John Fowles’ novel prompted Woody Allen to say: “if I had to live my life again, I’d do everything the same, except that I wouldn’t see The Magus.”

Sam Mendes has a mini-series version in the works but considering his turgid stylings for the likes of American Beauty and The Road to Perdition, he’ll probably make a pretentious hash of it.

Kim Newman’s vision of The Count beating Van Helsing and ending up as consort to a vampiric Queen Victoria is surely ripe for the small screen?

I’ve written about the classic BBC series in the pages of The New European and although it is still magnificent, I wouldn’t be averse to a remake.

The budget for the original is obviously microscopic, the makeup is appalling, and the child actors are terrible.

A big-budget do-over with a literate script and strong cast could introduce the Robert Graves novel to new generations of readers.

I suggested something along these lines when I consulted for BritBox, but they preferred in their wisdom to re-boot Spitting Image.

The Amazing Adventures of Kavalier & Clay

Michael Chabon’s epic novel about the early days of superhero comics is an idea that is more than timely (sic) – and is reportedly being developed for Showtime in the US. But will it ever reach our screens?

Could be that it’s too complex to adapt for a wider audience, which is a pity.

Catcher In the Rye

If issues with the Salinger estate are ever resolved there will be a rush to adapt his classic novel of preppy teenage alienation. Timothée Chalamet as Holden Caulfield?

The Confessions of Felix Krull

There’s been two movie versions (including a lousy 2021 effort) and an enjoyable 1982 German language mini-series, but Thomas Mann’s superb comic novel could really work for a UK audience.

It’s world of conmen, bullshit artists and thieves appear more relevant than ever.

Steven Saylor’s detective novels are extremely readable both as mysteries and as well-researched histories of the personalities and times of the late Roman Republic. Beats the Van der Valk remake at least. And Professor T.

Patrick Hamilton’s bleakly humorous tale of lovelorn murderous schizophrenic alcoholic George Harvey Bone was made into a bowdlerised (but good) movie in 1945, but with today’s more progressive approach to such matters Hangover Square is particularly appropriate.

Well, I would say that, wouldn’t I?

On final note, I would not (unless a broadcaster wants to curry favour with the authors) suggest any of the following for TV adaptation.

Reviewing Mogg’s tome for The Guardian, academic Kathryn Hughes stated “At least we know The Victorians isn’t ghost written, since no self-respecting freelancer would dare ask for payment for such rotten prose”