Why ‘Gen A’ is consuming music so differently 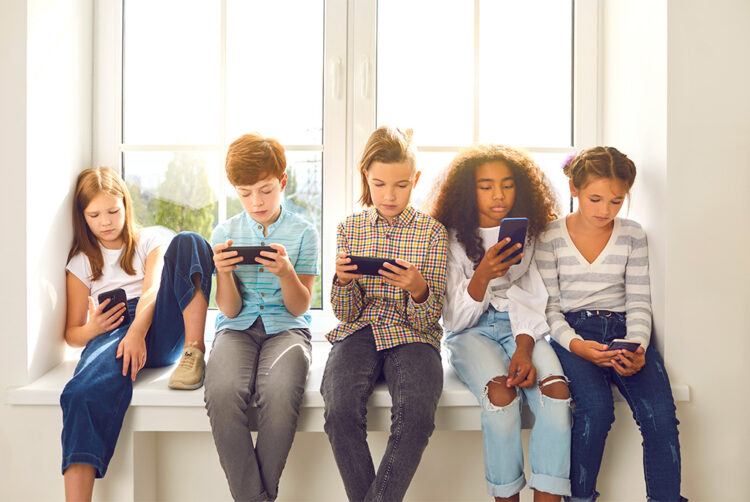 Have you found yourself humming along to Running Up That Hill recently? First released by Kate Bush in 1985, it’s back topping the charts this Summer.

While re-releases and re-mixes of old tracks is not new news, the interesting point in the case of Kate is that it’s testament to a new young army of curious and influential music consumers.

Gen Alpha, or Gen A as they’re more commonly known, are the generation born since the year 2010. Relatively nascent right now, they are predicted to reach 2.2 billion in volume globally by 2025, which will make them the largest generation in history. It is Gen A, alongside some of their younger Gen Z counterparts, that are currently shaking up the music scene in the way they discover, consume, and share.

At the7stars we recently conducted qual and quant research to better understand the attitudes and behaviours of this unique group of early consumers. What we learnt is enlightening, not just in how young consumers are influencing new models of consumption and communication right now, but also the early indicators of future consumer behaviours ahead.

A new breed of music fans

Music and technology have always been intertwined, and together have helped shape culture and consumer behaviours.

At the centre of driving new trends in consumer behaviour sit the younger generations. Repeatedly, teens and younger generations represent early adopters that discover and populate new platforms until they expand into the mainstream.

But where previous generations have taken a ‘lean-out’ approach to music consumption, Gen Alpha represents a distinct switch in the norm powering a more ‘lean-in’ music consumption from earlier ages.

Time rich, digitally astute, and with a learning mindset, they are actively discovering, creating and sharing music playlists. This has enabled music tastes and genres to diverge from early exposure, with two in five 7-14 year olds agreeing they have a wide taste in music and a third who agree they like to listen to new bands (the7stars Kantar TGI Youth, April 2022)

They’re open to influence from the video games they play to the creators they follow on social channels. As result, we see them taking a mosaic approach to their music appreciation versus the tribal nature youth of previous generations displayed.  We found that among 7-14yr olds 31% of hip-hop/rap fans also like reggae, 29% listen to R&B and 24% also listen to world music (the7stars Kantar TGI Youth, April 2022).

Young audiences are increasingly turning to a plethora of content and cultural references that help them create more complex and varied self-identities. In return they are helping to shape new trends that both follow and create culture.

This is epitomised by the concept of ‘newness’.

To this young audience, the entire concept of ‘newness’ within music is different to generations before. No longer determined by the moment a track became available, but the symptom of an on-demand, digitally facilitated music industry distribution model in which ‘new’ simply means ‘new to me’.

Kate Bush’s Running Up That Hill reaching the coveted Number One spot in the chart is no mean feat. On the face of it, it may look like a typical response to a TV sync with the track having been featured prominently in Season 4 of Netflix’s Stranger Things.

However, while democratisation of digital access through platforms including Spotify and TikTok help makes consuming in sync more accessible, it also makes the reality of delivering a Number One track all the more challenging.

Today’s model is all about scale with streaming the dominant consumption model. This means that success can only be delivered at scale and indicates how endemic the ‘new means new to me’ behaviour is, with Kate Bush herself crediting “all these young people hearing this song for the first time and discovering it”.

The shifting focus on music to become more of a complementary medium, rather than identity defining, also has implications for discoverability in new environments, and accessibility to more audiences.

The gaming landscape is a prime example of this. Platforms such as Roblox, Minecraft, and Fortnite have thrived in their role as ‘the new after school club’ where kids play with their friends while also discovering new content, and is the perfect place to find Gen Alpha.

With 54% of active players on Roblox under the age of 13 (Statista) there is a captive audience, who are also receptive to discovering new content as seen in the 72% of Minecraft users who agree they use online social spaces to interact with brands (GWI). In Roblox, the group chat functionality allows for a seamless shared experience, which has been leveraged by artists such as Lil Nas X, whose live concert in December 2020 was watched 33 million times.

When we consider the disproportionate influence of youth audiences on music — and in turn, music’s influence on popular culture at large — it’s clear why it is important to stay tuned (no pun intended) to what’s happening next.

Today’s teens are tomorrow’s influential cultural touchstone and seldom revert to previous generational behaviours in terms of their consumption preferences and habits. As Christina Aguilera (almost) once sang — once the genie is out the bottle, it cannot be put back. Surely that’s another track ready for a re-master to new audiences!

Mediatel are the audio experts operating at the centre of audio trading, distribution and analytic processing. Contact us for more information on J-ET, Audiotrack or our RAJAR data engine. To find your new job in audio visit Mediatel Jobs a dedicated marketplace for media, advertising, martech and adtech roles.
Minna LAFORTUNE, Recording Artist , Minna LaFortune, on 20 Sep 2022
“Very good analysis”