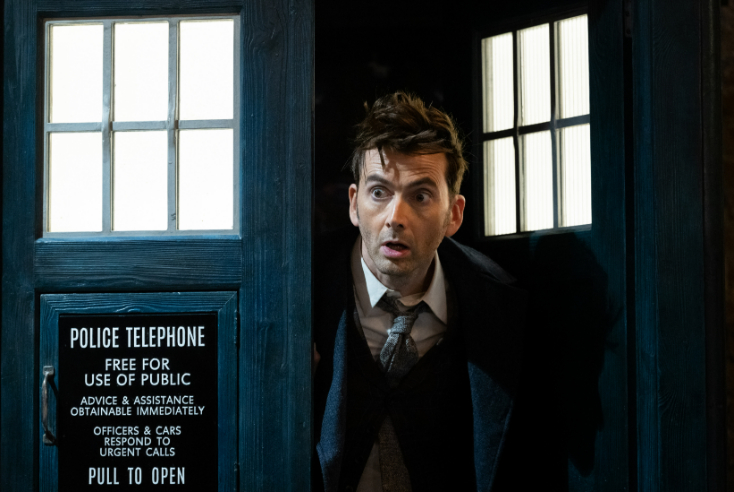 British actor David Tennant reprising his role as the Doctor for three episodes in 2023.

The Disney+ deal will bring the show on the same platform to more than 150 countries and unlock a major investment in centralised marketing efforts.

On 25 October 2022 at a joint press conference in New York, BBC and Disney+ unveiled a major new global partnership for BBC flagship drama Doctor Who. Accompanied by the incoming new Doctor, Ncuti Gatwa, executives announced that, as a result of a co-production deal, the show will be exclusively available outside the UK via the Disney+ platform.

This announcement will not have come as a surprise to readers of the recent report The Future Viewing Experience which I prepared for Kantar.

One of the key predictions is that intellectual property is fast becoming the new prime time. The search is on for potential new franchises, as the global subscription video-on-demand (SVOD) players seek content that can build loyal ‘fandoms’ that drive subscriber attraction and retention.

Disney+ is adding Doctor Who to its impressive butterfly collection of major global properties like Star Wars, Marvel and Pixar.

Of course, Doctor Who is far from a new franchise. In fact, it is about to celebrate its sixtieth anniversary, predating even Star Wars and Star Trek. This means Disney are buying into a long-established franchise, but also a global fanbase as a bedrock for growth.

The show itself is popular internationally, but up to now has been distributed via a patchwork quilt of local carriage deals built by the BBC across the decades. This means that tracking the show down has become something of a challenge for fans outside the UK, with episodes and eras spread across free-to-air, pay TV and SVOD, sometimes all in the same country!

The Disney+ deal will bring the show on the same platform to more than 150 countries, removing barriers to access and allowing major investment in centralised marketing efforts.

The deal will also bring increased investment for the BBC to put into the show’s production. In recent years Doctor Who has suffered somewhat in attempting to compete on a licence-fee constrained budget with the movie-level investment in franchises like Stranger Things and Game Of Thrones.

Broadcast Magazine in the UK estimates that production budgets may more than triple as a result of Disney+ money.

In that regard, the Doctor Who deal is also a great example of a second prediction made in the Future Viewing Experience report: greater collaboration between regional broadcasters and the global platforms.

In recent years we have seen some co-productions, for example BBC and Amazon Prime for Good Omens, but this is arguably the biggest such co-production deal yet.

So, all in all doesn’t everyone win? Well not quite. We can certainly argue that it is a positive for regional production companies who are looking to secure similar investment for their franchises so they can compete globally and emulate shows like Squid Game and Lupin.

However, it works both ways: ironically these global exclusive deals also mean that those very same regional broadcasters have decreasing access to buy the local rights to other shows themselves.

Doctor Who moving to Disney+ has required the termination of dozens of deals the BBC had in place with local broadcasters like CTV in Canada, and ABC in Australia, the latter of whom has been broadcasting the show for over fifty years. That leaves gaps in the schedules that will need to be filled.

Certainly, broadcasters and production companies will be watching eagerly to see how this initiative fares. This does raise the question: how will we know how successful the deal is?

Well, Disney will clearly have their own first party data and that will be available to them immediately across their 150 markets. Add that to the BBC audience in the UK from BARB and ‘bingo’!  Well not really.

One of the core attractions of Doctor Who to Disney that was cited in that New York press conference was that it is a family show, it appeals to all ages and consequently attracts a high degree of co-viewing.

Data from BARB in the UK for the most recent episode, The Power of the Doctor, shows that on average 1.60 people watched together, well above the average of 1.36 for all shows broadcast that day.

In the UK, Disney+ will have access to this information on total audience as they — along with Netflix — are BARB subscribers, but ironically the UK is the one market that Disney+ won’t be carrying Doctor Who, as the BBC retains the rights on home soil.

It’s clear that global deals of this sort will inevitably increase the imperative for the global players to join national currencies and subscribe to third party measurement — as Netflix has done in the UK and US — in order to get access to viewing insights on people rather than devices.

Meanwhile Disney is amongst the number of SVOD services launching advertising-subsidised tiers. This will further increase the pressure from advertisers to understand the true nature of the global audience to its latest new acquisition.

Appropriately enough, given all this talk of global markets, this week marked “World Television Day” (21 November). Fully 60 years after the series debuted in blurry 405 line black and white on 21-inch TV sets, Doctor Who is now about to access a global streaming audience in 4K.

TV has evolved beyond recognition across the life of the series and this next step very much shows the enduring strength of the franchise and the medium itself.

Richard, Marks, Research The Media, on 24 Nov 2022
“Indeed - why not take the local equivalent of that 1.6 co-viewing factor in each country and apply that to the server data? DAZN tried to do that in Italy with their Serie A streaming, but then the regulators got involved and effectively forced them into the TV Currency on the basis that advertisers should have a like-for-like comparison. So I guess that regulation and advertiser pressure may have a big role to play here. After all, a proportion of those watching 'Who' on D+ will be doing so on the ad tier. Ironically a number of Doctor Who fans have been very envious of 'competitor' genre shows on SVOD as every time Who ratings dip there are negative headlines, whereas 'no one knows' how well The Mandalorian or She Hulk are doing. Perhaps that may now be changing as this week's publicity around the viewing levels for The Crown in the UK (as reported in the Media Leader) shows: we may be entering a more transparent world with more public awareness of relative success and failure of streaming shows...”
Andy Brown, Consultant, Andrew Brown Associates, on 24 Nov 2022
“Great stuff as always Richard. You make a great point about the lack of visibility in the area of content performance when negotiating/evaluating opportunities for premium content. I am intrigued by the 3rd party measurement motivation for the streamers. In my opinion the motivation for measurement with TAM panel audiences is as you point out here, more about the co-viewing calculation (and the potential to see de-duplicated linear consumption and demographic profiles), than the reported total audience from the panel. Ie. the global streamers will "cherry pick" data from the panels to enhance their server based audience counts. Leveraging the credibility of the industry panel but as an enhancement to their own "source of truth". The other challenge is that both buyer and seller of content want consistent global measurement for the content -we are still a long way from this with the metered panel solutions.”