Why Live Shopping is the ultimate ecommerce tool 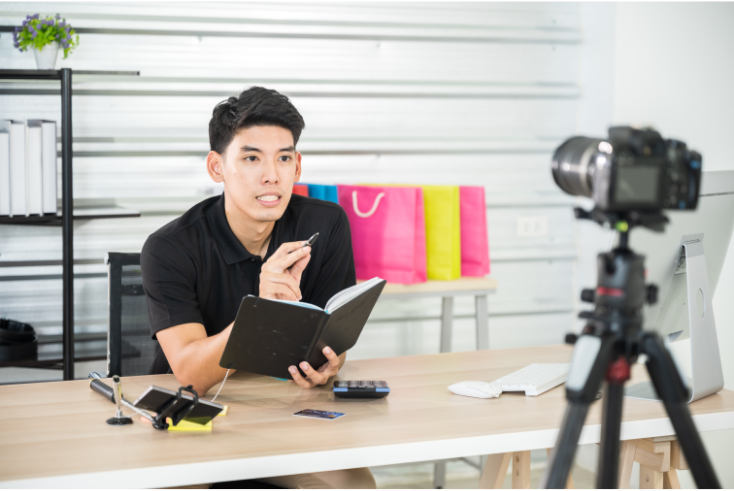 Live stream shopping should be seen as a selling channel, not just a marketing effort for brands to engage and retain their customer base.

Live shopping – the ability to demonstrate and advertise products to a live, online audience – is the latest trend taking the retail market by storm, highlighted by TikTok’s new endeavour TikTok Shopping.

It combines the convenience of ecommerce with the human element of shopping in real life, creating new experiences for consumers.

Already, the platform has become a multibillion-pound success story in China – on Singles Day last year, for example, Chinese livestreaming platform Taobao Live sold £5.3 billion worth of products in less than half an hour.

Further, the technology is predicted to gain a 51% share of all Chinese social commerce sales in 2022, with around 46% of its population having made a purchase through social networks and two-thirds buying via livestream last year.

The opportunity in Europe

While Live Shopping is in its infancy in Europe, our calculations predict that social commerce will reach $7.46bn in the UK by 2023, of which $3.3bn will be from Live Shopping. The opportunities within this are therefore vast.

L’Oréal, for example, has already hosted a range of live shopping events, including a stream presented by make-up artists for its Urban Decay Brand, resulting in strong results for engagement and sales.

Similarly, Tommy Hilfiger has extended its livestream programme to Europe and North America following successes in China, where one show reportedly attracted an audience of 14 million viewers and sold 1,300 hoodies in two minutes.

Meanwhile, German beauty retailer Douglas, which streams several shows a week in a range of formats from workshops with experts to talks with influencers, reports conversion rates of up to 40 percent.

Although the fashion and beauty industries have been early adopters of the livestreaming format, it does have the potential to work in many other sectors including food, toys and interior design.

Indeed, with Christmas just around the corner we’ve already seen several broadcasts from Chinese toy shops that are viewable to UK users. While food is not something that is hugely developed yet, YouTube has recently made it possible to tag products in videos which chefs and recipe creators could capitalise on with live cooking demonstrations.

Similarly, with flat and house walk-throughs being a popular trend on TikTok, there’s huge opportunities for brands, such as made.com or Etsy to create a space filled with products for sale.

Ultimately, live stream shopping should be seen as a selling channel, not just a marketing effort for a brand to engage and retain its customer base.

As it’s immersive and entertaining, it can quickly collapse the purchase funnel, from awareness to purchase. And this can be done even quicker with time-sensitive tactics such as one-off discounts being used to create a sense of urgency.

That said, consumers won’t necessarily go and watch a live stream with the intention of buying a particular item, so it’s a different mindset from search, giving brands the opportunity to identify products from their catalogue that would be particularly suitable for the channel.

This could also mean high ticket priced items, if the influencer talent is right.

The key for brands will be taking the logic of ecommerce and applying it to social storytelling in order to share a reliable and authentic message with their captive audience.

The role of influencers

As Live Shopping allows for in-depth description, showcasing of items, enthusiasm and two-way conversation, influencers and live shopping presenters will be fundamental to keeping audiences hooked and getting them to make a purchase.

As the format matures, influencers with specialist knowledge, such as beauty and tech, will carry weight with their own audiences and also anyone watching them.

It is also likely that the Live Shopping space will become dominated by new and emerging talent. Whilst celebrities will appear on Live Shopping streams, the core will be new presenters and niche influencers who carve out a reputation for their product knowledge and ability to encourage audiences to make purchases.

And, as Live Shopping presenting is a specific skill set that requires a big personality, it’s an opportunity for new faces to emerge.

Live Shopping might be an emerging channel in Europe, but it is quickly becoming an invaluable ecommerce tool that brands must master.

And, as consumers rely more heavily on online shopping, the brands they will turn to will be those at the forefront of ecommerce technology.

Robert Stevenson is business strategist at The Fifth, the influencer marketing agency part of News UK