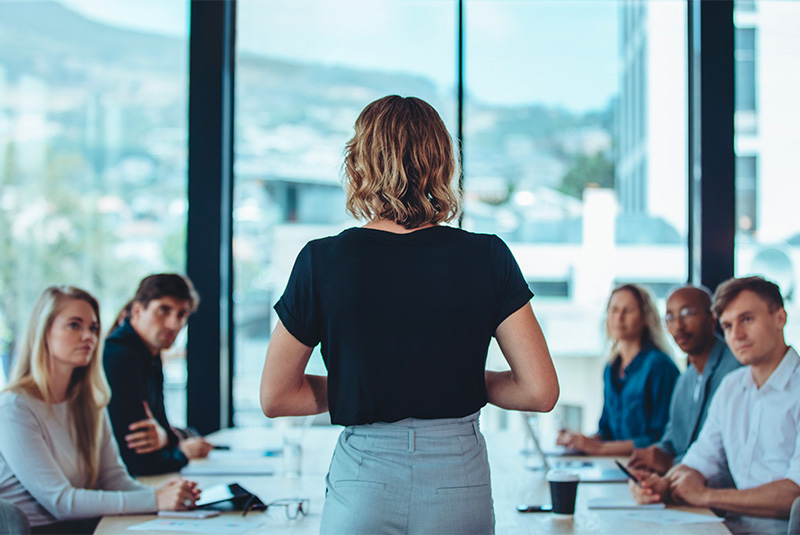 Chief media officer is a big job and somebody has to do it for advertisers.

In my last column I mentioned some things that cannot be explained and we can look at the political situation in both the US and UK over the last month and add any number of new and increasingly bizarre items (take your pick).

The media world throws up plenty more and the perplexing failure of advertisers to manage media effectively is one such. My previous column dealt with this at length with emphasis on the role of procurement, but the problem runs a lot deeper and warrants further investigation.

The recent study by ID Comms into the state of media training globally highlights this issue starkly. One headline is that 79% of advertiser respondents rated their own ability to ‘make media more accountable’ as unsatisfactory.

The study goes into depth on the lack of investment in training and the absence of budget.

More pertinently still is the study’s conclusion that 73% of respondents believed that advertisers should employ a chief media officer, up from 57% in 2019.

One key recommendation that was included in the ANA’s Media Transparency study in 2016 was that advertisers should hire a chief media officer who:

“…should take responsibility for the internal media management and governance processes that deliver performance, media accountability and transparency through the client/agency relationship.

…the Chief Media Officer should drive the media strategy, partner with external agencies and work with third party suppliers to optimize the media mix and maximize ROI”.

If this were true six years ago then consider the evolution of media during that time.

TikTok launched that year and has helped redefine the market for video among younger audiences.

Amazon didn’t have an advertising offering in 2016. Connected and addressable TV was a glimmer on the horizon. Third-party cookie-derived data was all the rage, driving massive growth in online display. Not any more.

The list goes on, and with the tie-up between Netflix and Microsoft we are entering  a world where the TV streaming leader will offer a serious ad-funded product alongside its subscription model, offering yet more choice to advertisers but outside of the standard TV measurement system.

The need for an internal control function for media was pressing in 2016 and is acute now.

And while the recommendations back then were largely led by concerns over media transparency and its overspill into trust issues, the reality is that this is much bigger than transparency. It’s about business performance, and this will be even more the case as we head further into troubled economic waters.

Some of the more enlightened advertisers have of course taken more control over the media function, but the ID Comms study supports anecdotal evidence that client media control is still way below par.

People who ‘live and breathe’ media

So why the hell are advertisers not investing in the right resources to manage media?

We seem to have gone from ‘media will be taken in house’ to this situation in a couple of years.

It must be said that today’s media agencies are indeed more capable than ever before and have adapted well to market pressures.

Yet this doesn’t mean that advertisers should rely wholly on the recommendations from their agencies. They should have the internal capacity to both brief and review agency proposals with an equal level of expertise, including independent help from expert advisors.

With ‘inventory media’ playing a bigger role, the need for such scrutiny is growing.

Marketing teams are often the best people to form such judgements in partnership with their agencies, but given the multiplicity of options across media and within media and the other pressures they are under (not least in content) it is virtually impossible for marketing teams to be expert in today’s media market.

And training is not the answer. It is often too basic and static and lacks real-world relevance. A data-led media market changes daily and true control can only be exercised by people who live and breathe a media landscape where data and technology are such big drivers.

My June article talked about the role of procurement and there is no need to repeat the key points, but Procurement works within an eco-system that unifies different stakeholders within an organisation. They cannot realistically be expected to be experts in all aspects of media, especially if their remit covers other indirect services.

The classic Procurement playbook is also running out of steam. The media pitch, cost guarantees, contracts and audits still have their place but are not keeping up with the pace of change in the market.

Facebook and Google have disrupted the established model and newer players such as TikTok are driving more advertiser-direct conversations.

Advertisers have more choice of partners than ever before. Adtech is a quasi-monopoly which means that advertisers should construct their own supply-chains from the options available, not just from their media agencies’ preferred partners.

There may be other factors but the need for more control over media is as clear as daylight and it is beyond question that the payback on investment in better resource would be positive, given the money in-play.

Every advertiser has its own unique requirements and there is no ‘one sizes fits all’ solution to media control. The task of the chief media officer (or equivalent) is to facilitate internal operations across functions and to manage external relationships with agencies, platforms, adtech providers, broadcasters, publishers and the panoply of external research, measurement and audit partners.

It’s a big job and somebody has to do it. Why any company who invests significant sums in advertising would not have the necessary media expertise in-house is even harder to explain than the West Lothian question.

Steve Booth, Investor and NED, RealWorld Advertising, on 22 Jul 2022
“Enjoyed this thanks Nick. Good to see Billett still has the strength to dip his quill in the inkpot and mark your homework! B+ must try harder!”
John Billett, Ceo, JBGB Events, on 19 Jul 2022
“Nick An excellent piece . Thanks. Perhaps the challenge is that the majority of advertisers agree with the overall problem but have zero idea or expertise to know what specifically they should do. And allow me to suggest your article adds to that dilemma. You provided no specific solutions . I suggest using tangible illustrations and examples with which marketeers can understand and reduce the abstract generalities . In ye olde analogue days we talked reach frequency, centre breaks, right hand pages, diminishing returns, And programmes, magazines etc and all with examples. What are the digital equivalents that will get pulses raised. Please let’s have more hard examples to offer advertisers … please”