Where does inflation leave TV in the media mix? 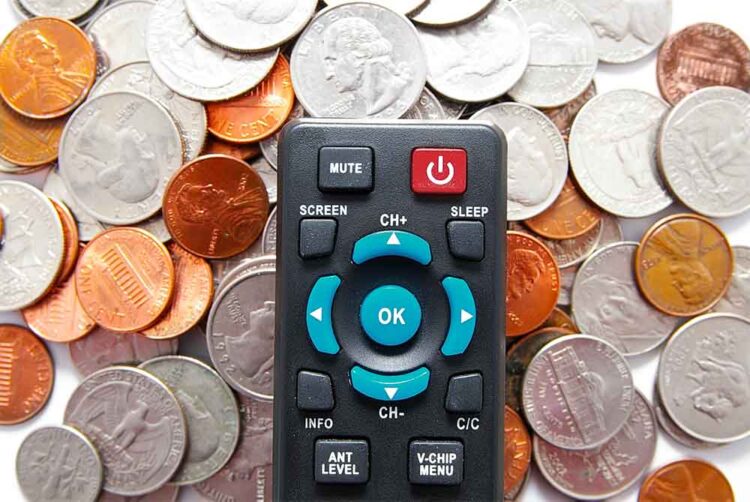 Before making any hasty judgements about the life and death of TV in your media mix, brands should take a step back and look at the whole picture.

September is planning season! And whoever thought that 2023 annual planning would give marketers a break and let them return to “normal” after the pandemic is in for a rude awakening.

By now, every brand marketer should know that there is no such thing as “normal” planning. Economic uncertainty has reached new heights and brands need to prepare themselves for more dynamically changing environments.

September has also historically been the time where TV would release their latest and greatest shows to help viewers through the gloomier months in the northern hemisphere. But the TV we know from childhood memories is long gone.

Consumers have a much broader range of choices of what and when they watch. Streaming services such as Netflix and Amazon Prime are constantly releasing new shows to watch at every hour of the day.

And now they’re about introduce advertising to their business model during a time where TV is struggling already.

Brands are shifting more and more of their budgets into digital spaces, leaving TV in the dark. And, over the last 12 months TV ad prices have increased by as much as 30-40%, compared to 10-15% for other channels.

Where does that leave TV in the media mix for 2023?

I have a cunning plan

The start of many marketing and media plans is the previous year’s executions. But when agencies are running the figures this year, they will see that costs can be as much as 35% higher than last year for the same plan. On paper, TV investment is continuing to decrease in return on investment (ROI).

This, combined with rising cost of goods and already squeezed margins, means that marketers need to make some large shifts before going cap in hand to their CFOs asking for an increased budget. So, they have two options: reduce support and/or reduce TV investment — and both have massive downsides.

Instead, marketers should consider the following.

The truth is out there

Increasing or maintaining investments can work for some brands. And it won’t work for others. Before making any hasty judgements about the life and death of TV in your media mix, brands should take a step back and look at the whole picture, assessing the impact of external, non-controllable factors on their investment and scenario plan to stay agile in an ever-changing world.

To test and learn what works, this can include a reduction of weight in TV — either by lowering weekly levels to minimum level, reducing or improving copy length to communicate more effectively, or playing with the time of year if they are a non-seasonal business.

Best advice: don’t put all your eggs in one basket! While TV is seeing the impact of inflation first and with strong force, imagine all brands pulling out of TV and turning to other channels. It will just as quickly follow to other channels.

Is that your final answer?

It is not. The right media mix needs to be found for each brand individually and constantly adapted. And who knows what show will disrupt the market next?

Just take a sneak peek at Netflix introducing advertising: it is a welcome move for so many marketers. Those streamers have an extremely captive and engaged audience for brands to experiment with.

In the US, streaming TV services such as Disney+, Hulu and Netflix have already taken an increasingly dominant position in the consumer television market.

Our recent research shows that spend on Connected TV (CTV) has a massive 30% stronger return on investment than other advertising spend. However, in less CTV-developed regions, the space is still experimental and is yet to prove itself as a good place to invest.

TV, on the other hand, has a much cleaner way of analysing its data, and its transparency has built up over decades. Plus, one of linear TV’s biggest advantages has always been its reach — yes, broad reach is still an important part of the ad game — and despite the competition from CTV, marketers cannot reach new audiences as effectively as linear TV.

Until they have proven the reach and transparency of TV, it isn’t dead yet.

Marco Bertozzi, President , Whalar, on 22 Sep 2022
“It’s been a while since I have seen the numbers but advertisers would do well to follow where their audiences are, especially younger audiences and plan accordingly. The idea that TV is the only place to build a brand is out of touch today. Younger generations don’t see TV in the way some marketeers or agency execs and they are flocking to social and Creators are dominating. Creators are the new content creators and publications - they create trust, engagement, ROI and their work can complete shift a brand positioning and impact. It’s time to Reach the Unreachables through Creators!”