What explains the timing of Channel 4’s Prince Andrew satire? 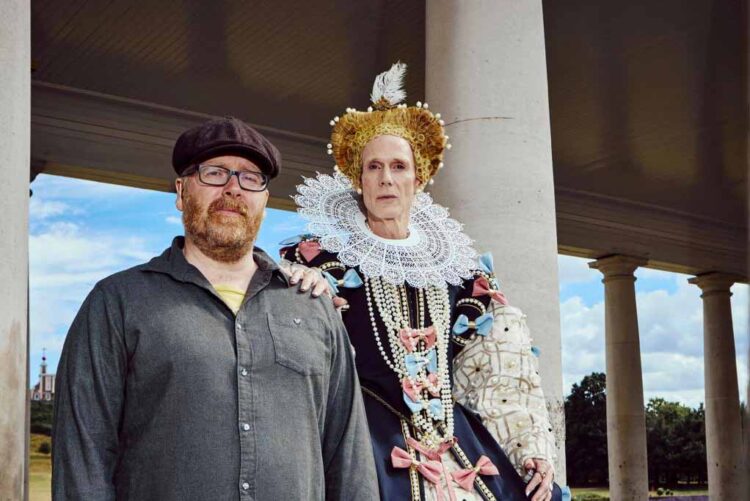 In the light of the Queen’s passing, Channel 4 may well have to rethink its 40th anniversary ‘Truth or Dare’ season.

“From musical satire about Prince Andrew to an exploration of cancel culture in art via men with very large penises, this season shows that Channel 4 is still as mischievous, disruptive, and distinctive as when it was born 40 years ago. If we must age, we plan to do it disgracefully.”
— Channel 4 Chief Content Officer Ian Katz, on announcing Channel 4’s ‘Truth and Dare’ season of programming less than a month ago.

Perhaps we shouldn’t be surprised by now how little common sense is evidenced at the senior levels of UK broadcasting.

From Ofcom boss Michael Grade’s very public appreciation of Laurence Fox (“I admire his courage. I have known his family. His grandfather and my father were partners in business going back a long way”) to ITV’s Kevin Lygo’s frequent attempts at ‘anti-woke’ humour, there are innumerable instances where counting to 10 before speaking might have spared them embarrassment.

A classic example of this lacking plain old common sense is C4’s upcoming “Truth or Dare” season, which will celebrate the launch of C4 40 years ago on 2 November 1982.

In April C4 issued a commissioning brief for the anniversary entitled “Here comes trouble — C4 at 40”.

In the PR speak so beloved of the channel, C4 called for:

“A series of unscripted shows that speak to its radical, iconoclastic roots. How much trouble can we make? How should we be challenging the status quo? Who is a deserving target? What is truly unsayable today? How many feathers can we ruffle? Is democracy the best form of government? Should we be a Republic? We want to mark Channel 4’s 40th birthday with a series of impactful, profoundly controversial, and noisy shows which celebrate its unique place in the UK’s content landscape and reaffirm its role as Troublemaker-in-chief.”

Laudable enough, I guess. And maybe even to be congratulated as a spirited defence of the broadcaster’s remit in the face of looming privatisation. Why not go out with a bang?

But… in terms of what was actually commissioned; it is at best politically naïve.

In ordering a satirical musical about Prince Andrew and a look at the institution of monarchy from controversial comedian Frankie Boyle, Katz and co appeared not to take into account the obvious elephant in the room.

At the time of the brief being issued, an increasingly frail Queen Elizabeth II was approaching her 96th birthday and had just suffered a bout of Covid.

So, one would imagine this may present problems in terms of public perception for the channel, if Her Late Majesty became seriously ill or passed away.

But no, this didn’t appear to register with C4’s senior managers.

Boyle’s thoughts on the institution included: “Been researching a thing on the history of the British monarchy. It’s a bit like rewatching The Sopranos: eventually you start to get exhausted by the lack of any sympathetic characters.”

Speaking at the Latitude Festival in July, Boyle told the crowd he wanted people to stop speculating on the likelihood of Queen’s death as: “That’s going rob my enjoyment of the event when it happens.”

And in the words of C4’s own synopsis, Boyle examines: “Our most infamous child-murdering, wife-beheading, empire-building, nation-destroying monarchs…. [and] wonders will the monarchy soon be put out of its misery as it slips gently away under the soft pillow of our collective apathy?”

And before readers rise to the (entirely false) assumption the writer is a dyed-in-the-wool Royalist, I have no especial truck with the monarchy.

When at the BBC (second time around) as a senior research specialist, I was asked to help get the Royals back ‘onside’ for the annual Christmas message after the damage caused by Martin Bashir’s duplicitous 1995 interview with Princess Diana and subsequent awarding of the production to ITN.

Presumably, I was supposed to utilise survey data to construct an argument that the BBC and the monarchy were inextricably linked in the nation’s minds and hearts, and ITN’s sordid commercialism would ruin the annual event.

I refused on principle. Naturellement. Which may be one of the reasons my career at The Corporation didn’t reach more dizzying heights. Or not.

Anyway, I think we can safely assume (for now), that both Prince Andrew and Boyle won’t be appearing in the anniversary line-up.

Of course, Katz who has an Oxford-educated (New College) brain, could have saved himself the bother by gaming possible scenarios and coming to a common-sense view on the wisdom of greenlighting them in the first place. As in, don’t.

Quite what C4 CEO Dr Alex Mahon (PhD in medical physics, Imperial College) was doing at the time is anyone’s guess.

Possibly when the shows were okayed, Katz thought the die was cast in terms of privatisation and that he might as well have a laugh giving Dorries and co the finger as he trotted gleefully away from Horseferry Road.

But with Nads elbowed (to the Lords) and Johnson gone, C4 may have been left to one side.